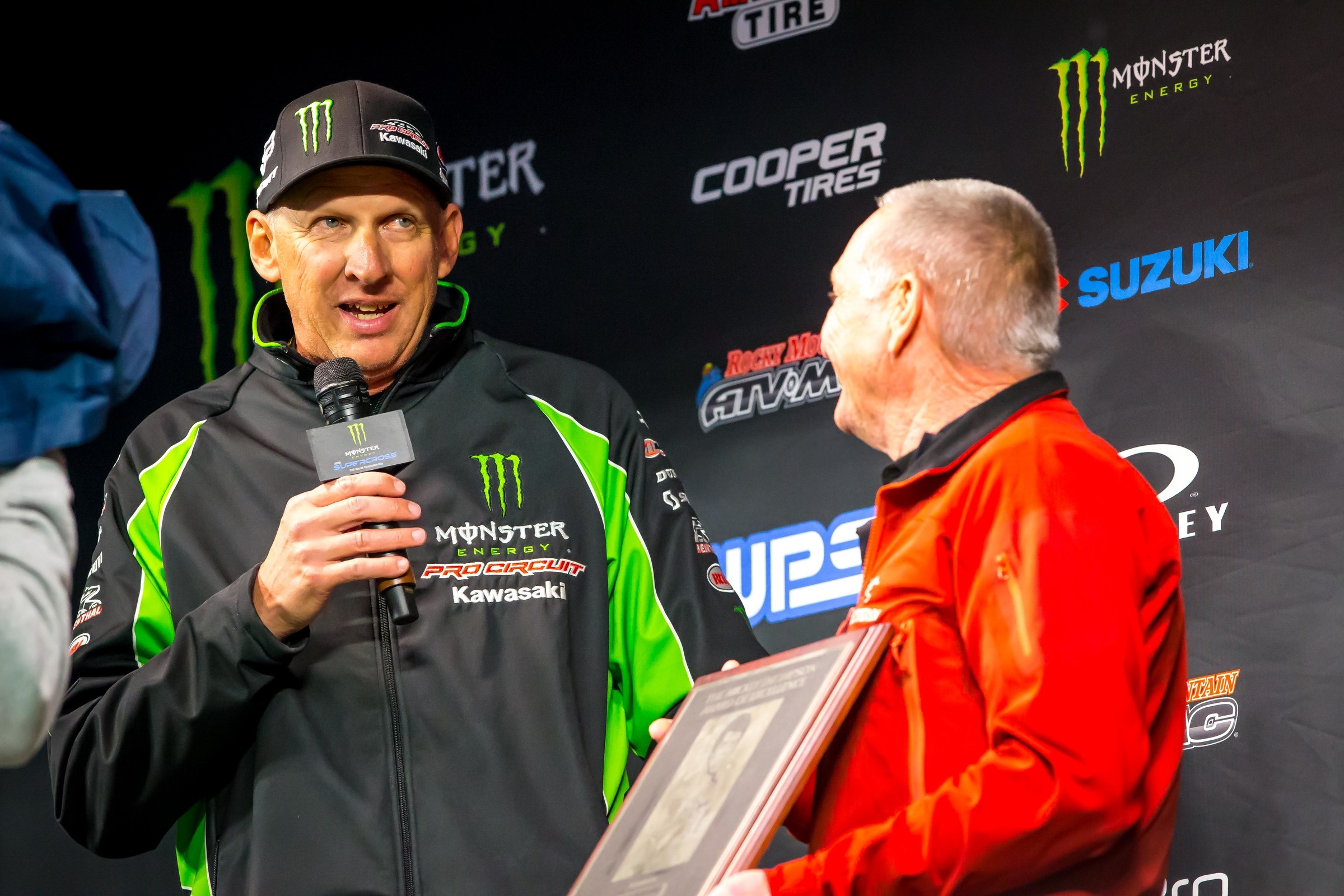 Mitch Payton’s Pro Circuit Racing is synonymous with success in this sport, but through the company’s rise to the top, Jim “Bones” Bacon was always there at Mitch’s side, working the suspension end while Payton handled the horsepower.

At the end of the 2018 season, though, Bones called it a career. While he is quite honest about not wanting the spotlight, a career as long and successful as his deserves it.

So David Pingree and Grant Langston pinned Bones down for an episode of The Whiskey Throttle Show. The legendary suspension tuner talked about his start in the sport, told stories about the race team, and shared the three interactions with Roger DeCoster that changed his life. It’s a great listen and Bones even gives some sage advice on suspension setup for the average rider.

Want to get an understanding of just how accomplished Bones is within the motocross community? There was a list, compiled by Bones and his Pro Circuit family, that attempts to recollect every pro racer he’s ever built suspension for. The list of names is staggering and it begins to shed light on the depth of Bones impact on the sport over the years. For those who were around in the 1980s and 1990s it will be like taking a walk down memory lane. Even for new fans, you’ll note how many of today’s top riders have spent time working with him.

As Bones begins his life as a retired and married man, we wish him the very best. And something tells me we’ll still be seeing him around the races here in southern California for a while yet. Well, that or on the edge of Big Bear lake with a fishing pole.

Meanwhile, take a scroll through the list of over 600 riders Bones has worked with.

You can listen to the show with Bones now on iTunes, Stitcher, and Spotify. Or, if you rather watch it, go to YouTube and search The Whiskey Throttle Show.