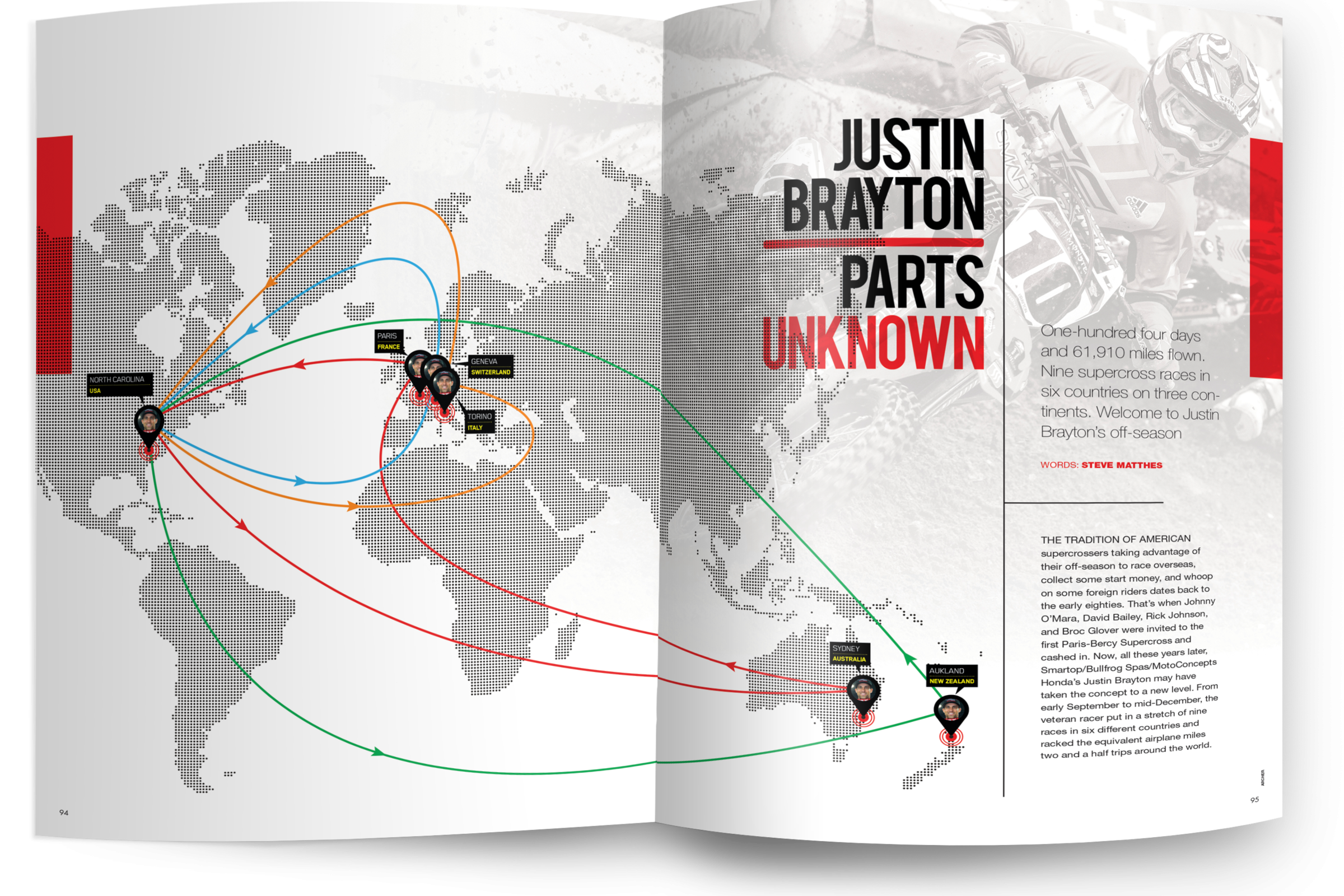 "Parts Unknown" is featured in the March 2019 issue of Racer X Illustrated. Subscribe now to read the entire article in full. You can pick up the digital edition and read this story right now—and the cost is just $9.98 for the whole year.

The tradition of American supercrossers taking advantage of their off-season to race overseas, collect some start money, and whoop on some foreign riders dates back to the early eighties. That’s when Johnny O’Mara, David Bailey, Rick Johnson, and Broc Glover were invited to the first Paris-Bercy Supercross and cashed in. Now, all these years later, Smartop/Bullfrog Spas/MotoConcepts Honda’s Justin Brayton may have taken the concept to a new level. From early September to mid-December, the veteran racer put in a stretch of nine races in six different countries and racked the equivalent airplane miles two and a half trips around the world.

Brayton’s most recent odyssey began on September 3, when he flew from his home in Charlotte to Australia. Brayton does not race outdoors in the U.S., preferring to focus on supercross. When in Australia, he races for Penrite Honda, the official Honda factory team there. Brayton and Penrite were chasing (successfully) their third straight Aussie SX title. He’d taken his family—wife Paige, daughter Parker, and newborn son Beckham—Down Under with him as he prepared for the championship run.

“You hear about those rider boot camps in November,” Brayton says. “Well, September and October is kind of mine down in Australia, because come November I’m wide open with racing all over the place.”

This year’s global trek was made a little more difficult when Brayton developed pneumonia, which then turned into bronchitis. In Paris, his voice hadn’t recovered enough to let him have a normal conversation, so he sometimes texted people who were standing right in front of him.