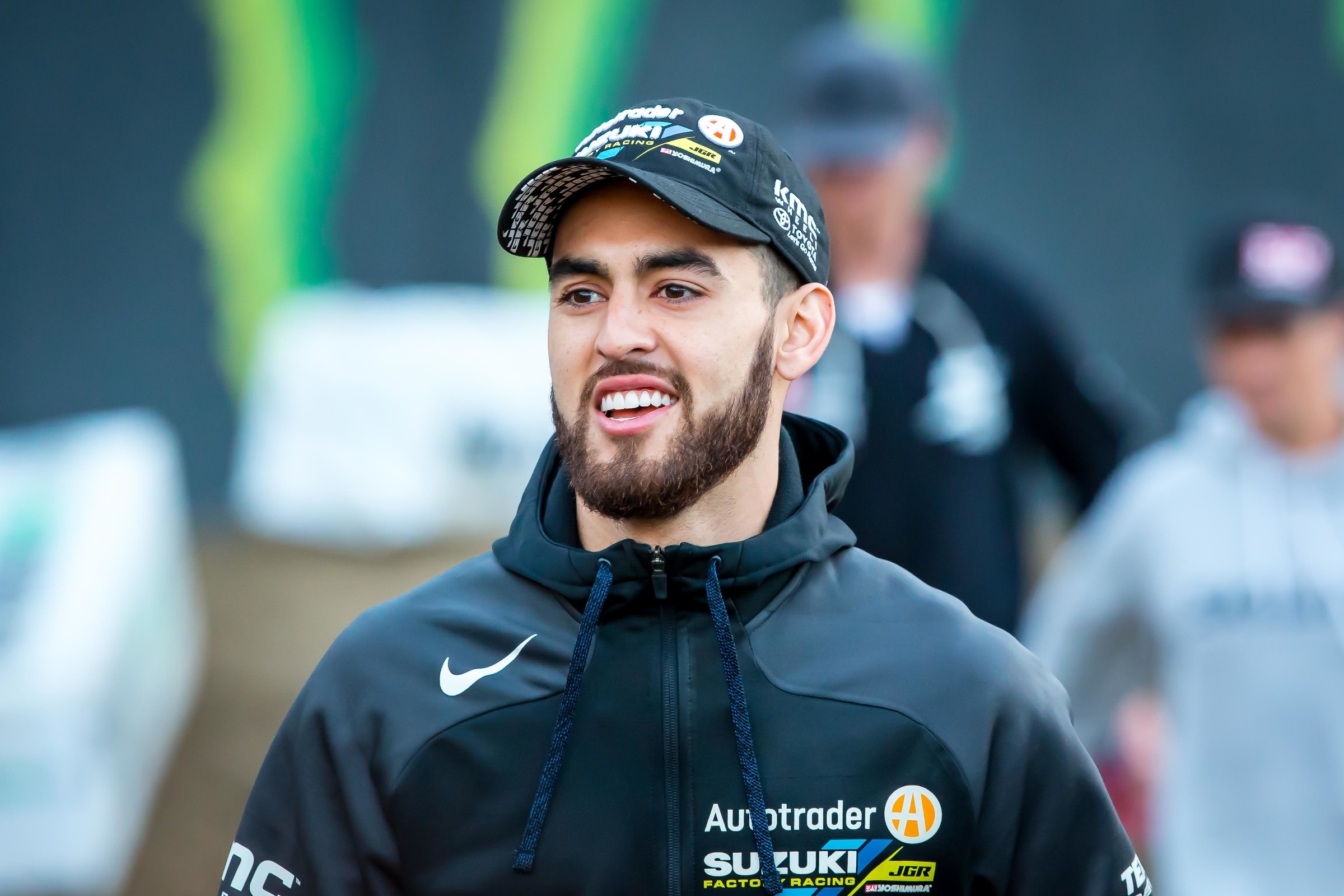 Redux Bogle Is Back

Imagine being Justin Bogle. You finally appear to break out in the sport with a moto win and overall at Budds Creek in the 2017 Lucas Oil Pro Motocross Championship. Things are rolling and hey, you’re even better in supercross, so this is going to work out perfectly, right?

Then your team folds up at the end of the year. RIP RCH Suzuki.

You’re in luck though. You sign with AutoTrader.com/Yoshimura Suzuki so you get to stay on the same brand and that’s where things start turning south. A bad crash in the off-season leaves you with a concussion that hurts off-season training. You come back to supercross but almost as fast as you come back, you’re out after crashing again. You come back for Lucas Oil Pro Motocross and it goes bad. Like, real bad. No fitness, your national winning speed is gone, and it’s not good. Then you exit that series with another injury.

Eager to build yourself back up, you commit to getting back on Hondas (the brand you rode forever and won a title on) with a privateer team. You can get your own sponsors there, some good suspension, and rebuild yourself. But, that team never really happens, and you’re left holding the bag on that deal with no ride and no plan to be at Anaheim 1. Things certainly turn fast in this sport, right?

But as quickly as they turn south, they can go the other way. Ask another Justin about that. As in Barcia.

An injury to a friend of yours opens up a spot on a factory bike. The only catch is it’s a week before the first race. And the bike’s got a steel frame. And you’ve never ridden one before.

May I introduce you to Justin Bogle—Rocky Mountain ATV/MC-WPS-KTM rider for the 2019 Monster Energy AMA Supercross Championship!

“I am super excited. It’s been a bit turbulent, if you will,” Bogle said to us on the PulpMX Show earlier this week. “A bit difficult here the last few months. But it’s honestly been pretty fun. I’ve been learning a lot. I think I’m doing better for it. I’m learning to kind of be a bit more like water and go with the flow. My first day on supercross on the KTM was yesterday. I got plenty of time. It’s all good.”

Bogle’s got some serious testing/catching up to do on the new bike. He might not be ready to go for round one but he’s got a great bike and team around him so the learning can start right away.

So, how ready are you, Justin? When do we see the leg swag back again?

“I’m closer to it this week than I was last week. I feel better now than I have in a while. I don’t know, man. I’m not coming in with any crazy expectations or any pressure from anybody,” says Bogle. “I have a plan for myself that was my plan regardless of what happened. I think obviously taking time. Rome wasn’t built in a day. I know what I’m capable of, but at the same time I know realistic expectations.”

Like we said, things change in this sport quickly and for Bogle, this great opportunity comes at the expense of Benny Bloss, who’s out for supercross with a knee injury. Bloss and Bogle both train with Robbie Reynard and have known each other for a while. So, is that weird?

“I was definitely bummed because I’d been riding with him [Bloss] and he was ripping, looking best I’ve seen him look ever. Obviously I like Benny. I’ve known him for a long time. We’ve spent a lot of time together at Robbie’s and all that. Actually shout out to him as well being a good friend. When he went down and figured out that he was going to be out for a while, he actually called me and told me, “I think you’d be a good fit for this. You should pursue this.” So that we really cool of him to do. He actually came out to the track yesterday when I was riding. He was out there hobbling around on crutches just hanging out. So it’s been cool, but definitely bummed for him.”

Imagine being Bloss and feeling devastated about this knee injury but still trying to hook your buddy up with your bike. Yep, it is weird, right?

Imagine being Justin Bogle now. You’re down to not even being at Anaheim 1 and now you’re on a factory bike with nothing but opportunity in front of you.

“That’s a beautiful thing, man. Through all of this crazy, whirlwind of things that have happened in the last year of my life, to end up here on a Factory KTM motorcycle, it’s incredible.”

Welcome to your next chance Justin Bogle. Pretty crazy, right?