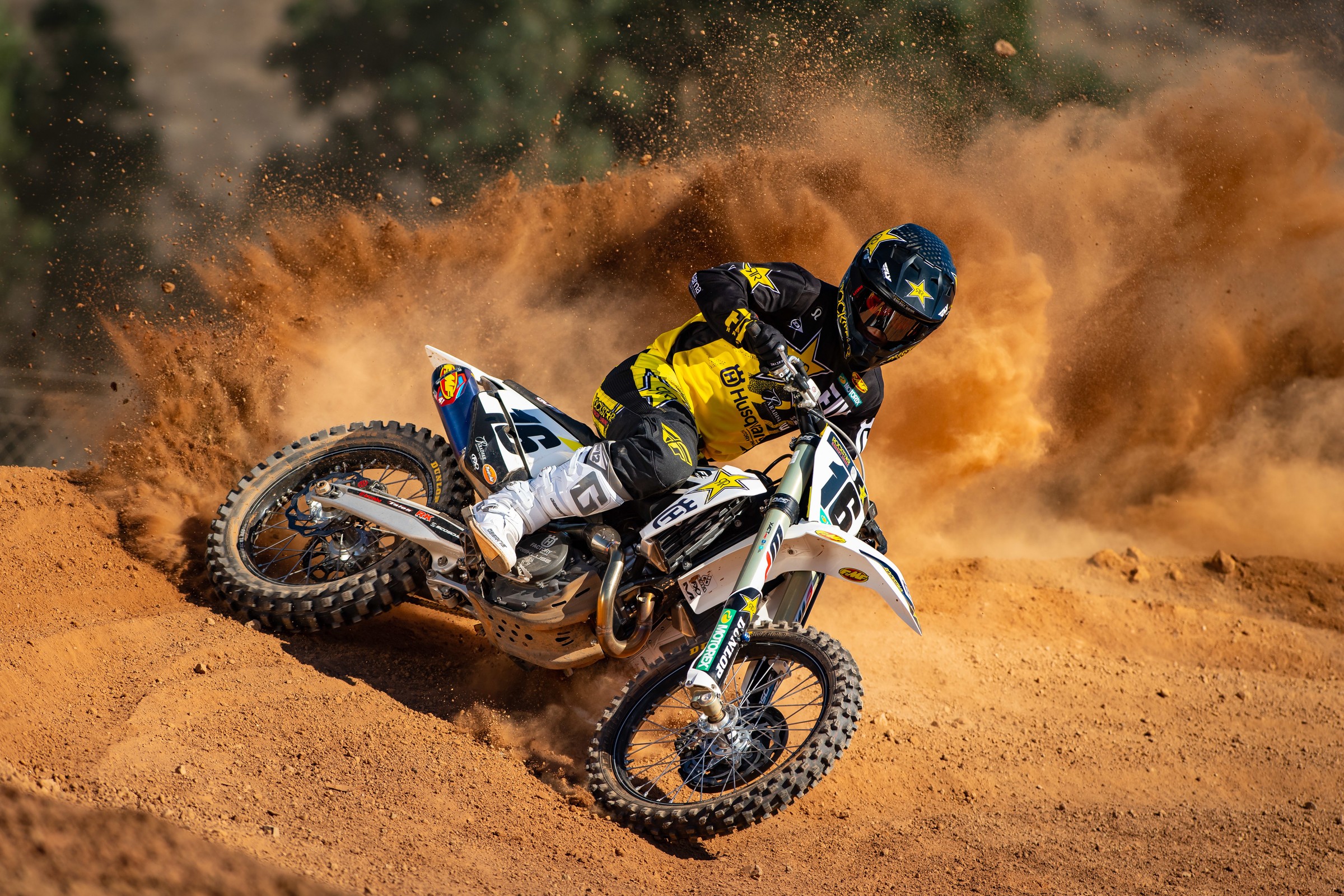 Comment: Bloss suffered a torn ACL recently and will miss the entire 2019 season of Monster Energy AMA Supercross as a result. He hopes to be back for the Lucas Oil AMA Pro Motocross Championship. Justin Bogle will fill in for him until then.

Comment: Peick collided with Dylan Ferrandis and was subsequently landed on by Cedric Soubeyras while competing in the Paris Supercross. Peick sustained major injuries and has undergone multiple surgeries as a result. He’s expected to make a full recovery, but it’s going to take a long time and won’t be easy. To lend him a hand, click here.

Comment: Musquin injured his meniscus while training for the Paris Supercross. He’s been doing off-the bike rehab and is expected to line up for A1.

???Après une lésion au ménisque du genou lors de mes derniers tours de préparation avant de partir pour Paris, je suis malheureusement contraint de déclarer forfait pour la course ce weekend. C’est une vraie déception pour moi, j’attendais ce rendez-vous avec tellement d’impatience, et l’occasion de vous y retrouver tous. J’ai consulté mon chirurgien, le Dr Galaud qui m’a imposé immédiatement un protocole de rééducation intensif pendant quelques semaines, sans moto, afin d’espérer être à 100% à Anaheim 1. ???After contracting a meniscus injury while training my last laps before to go to Paris for the Supercross, I have no other choice than canceling my participation to @supercross_de_paris ! It’s such a disappointment, I was so excited for this event, and to see you all ! I’ve met with my surgeon, Dr Galaud and he has forced me to do some specific intensive rehab and strengthening on my knee for a little bit, off the bike, in order to be 100% in shape for Anaheim 1.

Comment: Osborne crashed recently and bent a plate on his collarbone that had been there since his amateur days. He had surgery this week to fix the issue and is expected to miss four to six weeks.

Comment: Raper is currently on the sidelines due to a broken pelvis, two vertebrae, and nose suffered in late November. There is no clear timetable on his return to racing. To help him through Road 2 Recovery, click here.

Don’t want to post this or even believe it but i should let everyone know i broke my pelvis and my nose today doing sprint laps at milestone. I endoed off a dragons back, face first into the ground and the bike pummeled me. Good news is they’re saying no surgery for the pelvis but prob for my nose. Thank you to everyone reaching out and the well wishes. I’m devastated I’ve been working hard to reach the higher goals i had set for myself next season and have been riding great but made a mistake today and it cost me big time. Not sure what the future holds on getting back out there before the Supercross season ends just want to take it day by day and feel better because this pain is unreal!✌?& ?

MALCOLM STEWART – BANGED UP | IN

Comment: Stewart had a bad crash while practicing at the Torino Supercross. There were early rumors he’d broken a femur, but they turned out to be false. He’s in for the opener.

Comment: Tedder underwent surgery last year to deal with a nagging wrist injury. He’d originally hoped to be back for some of the Lucas Oil AMA Pro Motocross Championship in 2018, but the injury has been healing slower than expected. He also had to have his ulna broken and shortened because it was rubbing on his radius. As of now there’s no exact timetable for his return, but he’s out for A1.

Well I may rewrite this but. Unfortunately I had to have another surgery, I was doing everything I could to race A1 but I still wasn’t able to complete a full lap. They had to break my ulna bone and shorten it to give me more room because it was rubbing against my radius and my implant in my wrist.. I’m absolutely devastated. This is my 9th surgery on this hand/ wrist, 3rd since May. I’m praying this will be it and I can get back to what I love to do.. thank you family, friends and sponsors for all your support!

Comment: Ames recently suffered a compound fracture to his left radius and ulna. Compartment syndrome ensued, which Ames referred to on Instagram as “the most excruciating pain” he’s ever felt. He’s got more procedures scheduled and is out for the near future.

Well after battling through compartment syndrome, 7 days, 4 surgeries, 2 plates and 6 screws in my radius and ulna I’m finally leaving the hospital in the morning. I fly home to Colorado Sunday to see a hand specialist Monday at the steadman clinic to have further examination, this road to recovery is gonna be hard, but I’m ready for it ????

Comment:  Craig suffered an injury to his thumb, a Bennett Fracture to be exact, while practicing for the 2019 season. He’ll work on being ready to contest the 250SX East Region.

Comment: Martin suffered a burst fracture to his vertebrae last year at Muddy Creek. He’d hoped to possibly make it back for some of the 2019 supercross, and definitely motocross, but a routine checkup in December revealed his back had barely healed at all. He’ll undergo more surgery and will miss all of 2019.

Comment: Sexton injured his collarbone in a mountain bike crash. He was scheduled to contest the 250SX West Region but will now focus on being ready for 250SX East. Cameron McAdoo, who rode for GEICO Honda last year, will fill in for him.