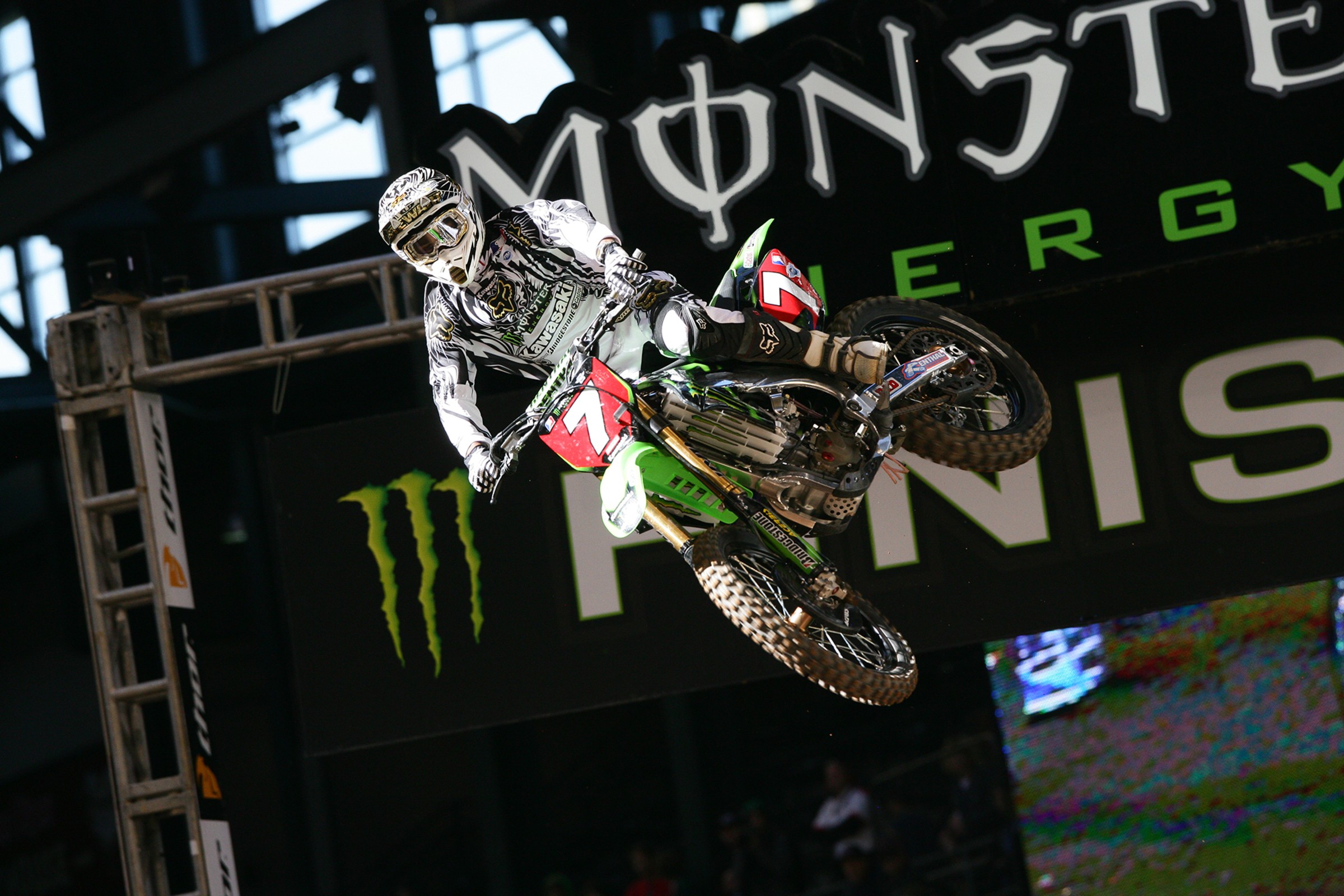 On This Day in Moto December 18

In the December 18, 1985, issue of Cycle News, this ad ran for what would turn out to arguably be the best supercross race ever held, Anaheim '86. That's the race where David Bailey and Rick Johnson battled for the first time as Honda teammates, banging around Angel Stadium for most of the 20 laps, on the track you see previewed in the advertisement.

Here's a fun documentary Racer X and Vurbmoto did on the 30th anniversary of the classic duel:

In that same issue, Tony Bell's legendary Motocross Cat character finally gets a long-awaited "contract" with the bosses of "Hastevarna."

And a big-bike shootout was featured on the cover, with three dinosaurs now lost to history: the 1986 versions of the KX500B Kawasaki, the CR500R Honda, and YZ490S Yamaha. The winner of the shootout? The red bike.

FMF announces the signing of a mysterious two-stroke rider with an unknown backstory named Ronnie Mac as an elite athlete. Here's the video they put out on the occasion:

One day after the FIM announcement that James Stewart was suspended for 16 months, retroactive to April of 2014, the former two-time AMA Supercross Champion posted a long update on Instagram. In the post, James says that he contemplated retirement after the decision, but the fans' reactions have changed his mind. This was his full statement:

The last 8 months have been very tough & honestly devastating to a degree. The Love & support Ive received from the industry & my sponsors has been truly amazing. They're has been a lot of athletes very vocal over this decision & I truly appreciate it tremendously. I'm extremely sorry that it's come down to this but it has shown me just how much this industry stands up for each other through tough situations. To my fans... I'm not gonna lie after receiving this devastating news last Friday, I was honestly contemplating retiring, I felt like I couldn't fight anymore. This situation has taken a toll on me. But The support from you the fans this last 24hrs has had me nearly in tears. Reading the comments & seeing all the overwhelming letters, signs, shirts, etc has made me ready to fight & show you the fans & my sponsors what you deserve. Thanks to all of you Im gonna be around for a long time to come. Your support showed me how much you guys appreciate me so with that being said, it's gonna take a lot more then this to run me off. Thank you for literally keeping me on my bike for years to come. The louder you guys are, the more it makes me ready to be back for you. I hear you loud & clear so no matter what you will see me behind the gate doing what I love hopefully sooner than later.

On December 18, 2007, Racer X Online posted this interview by Jim Kimball where he spoke with Justin Brayton about his new ride with MDK KTM Lites team. When asked to look ahead to his chances in 2008, Brayton said, "No doubt it’s definitely going to be the year. I’ve got all the tools to win races now. I have the best bike, the best team, the best mechanic—everything’s falling into place."

Okay, it didn't exactly turn out that way, but Brayton would eventually win. It took more than a decade to get the job done, but the hard-working, highly-respected Brayton finally pulled it off at the 2018 Daytona Supercross, and in the process became not only the oldest winner ever, he's also the oldest first-time winner ever.

It was on this day in 2007 that Monster Energy and the Kawasaki Motors Corp. signed an agreement to be partners in the Kawasaki racing program. The Corona,  California-based beverage company, had been working with Mitch Payton's Pro Circuit Kawasaki Lites class team the past couple of years, but the signing of this deal on December 12, 2007, would get Monster the team's top 450cc rider, reigning AMA Supercross champion James Stewart.

Before the 2008 season ended Stewart signed a deal to move over to the San Manuel Yamaha team, and Red Bull quickly got back on his helmet.