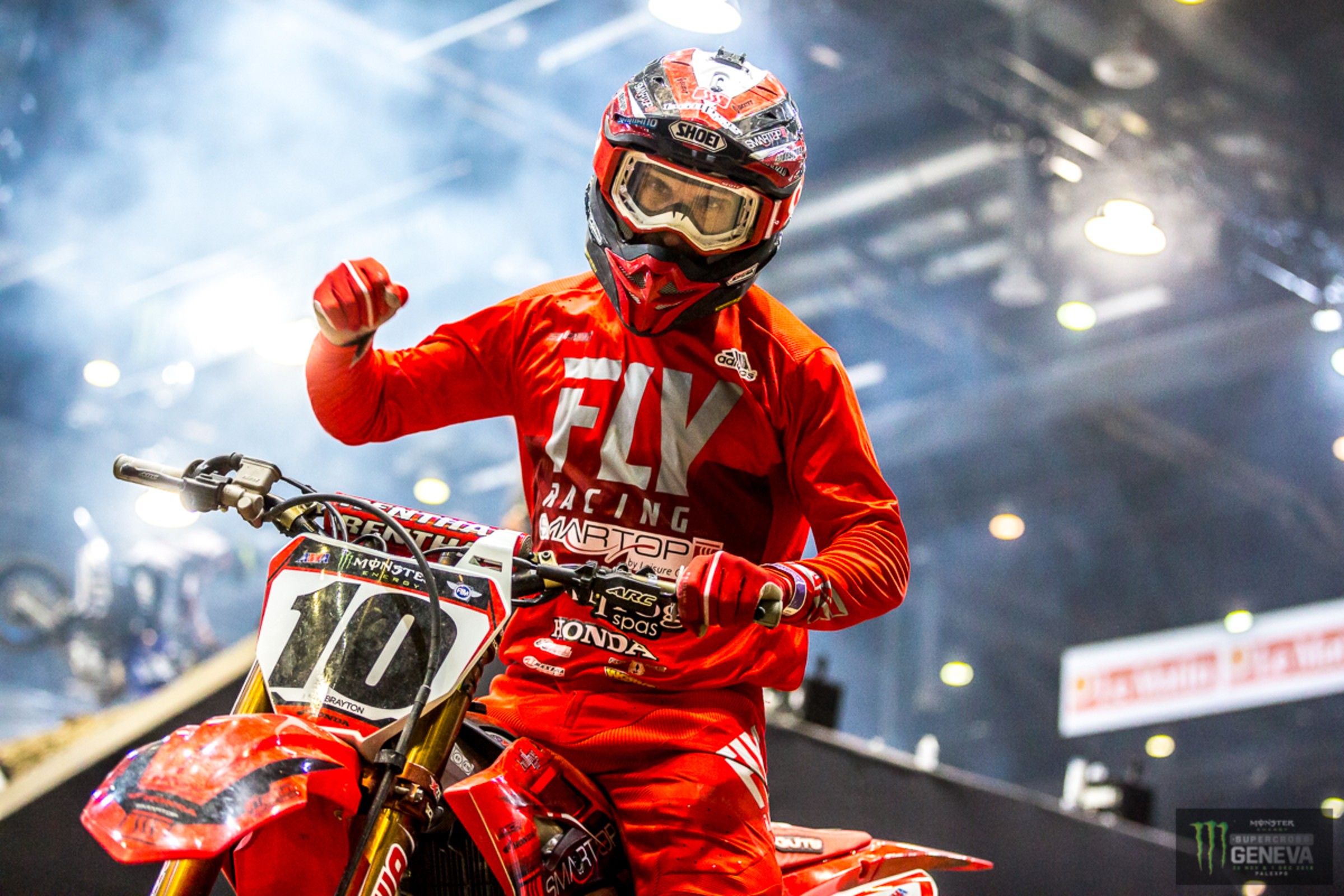 The long, arduous off-season of racing across Europe and Australia is coming to a close as most riders are bunkered down in California or Florida preparing for Anaheim 1.

This Saturday, supercross returns to Italy for the Torino Supercross, which replaces the long-standing Genoa Supercross (which stopped in 2015). Torino will be a one-night event with a lot of American talent, including the GOAT himself, Ricky Carmichael, who is serving as race ambassador. RC will also compete in the pole position, the one on one challenge, and even best whip!

Let’s take a look at who else is competing.

It wouldn’t be an off-season supercross without Brayton. It’s been a busy few months for JB. After clinching a third straight Australian Supercross title, Brayton raced Paris Supercross, then went to New Zealand for the S-X Open, then returned to Europe for Geneva, where he won a fifth King of Geneva title, and now is back for Torino. Long exhale. Brayton will once again be a favorite here. As you know—or should know—he’s excellent at these types of events.

Mookie has had a long off-season as well. He raced the Montreal Supercross, Monster Energy Cup, Paris, Barcelona Supercross, Geneva, and is now back for Italy. After not racing Lucas Oil Pro Motocross, Malcolm needed some gate drops to get ready for A1. Like Brayton, he’s a favorite.

Seely hasn’t been back on the bike too long since returning from career-threatening injuries sustained at Tampa Supercross. Seely returned to racing in Paris and told our Steve Matthes he was nervous. “I was so tense and nervous and just could not shake it yesterday. I couldn’t get past it. Today when I got to the track, I was just feeling it. Fastest in qualifying, which I suck at practicing usually. I was just flowing and flowing and flowing. I just felt like it was going to be a good night.” Seely will also be a favorite for the win this weekend.

Here is a complete entry list sent out by the promoters.