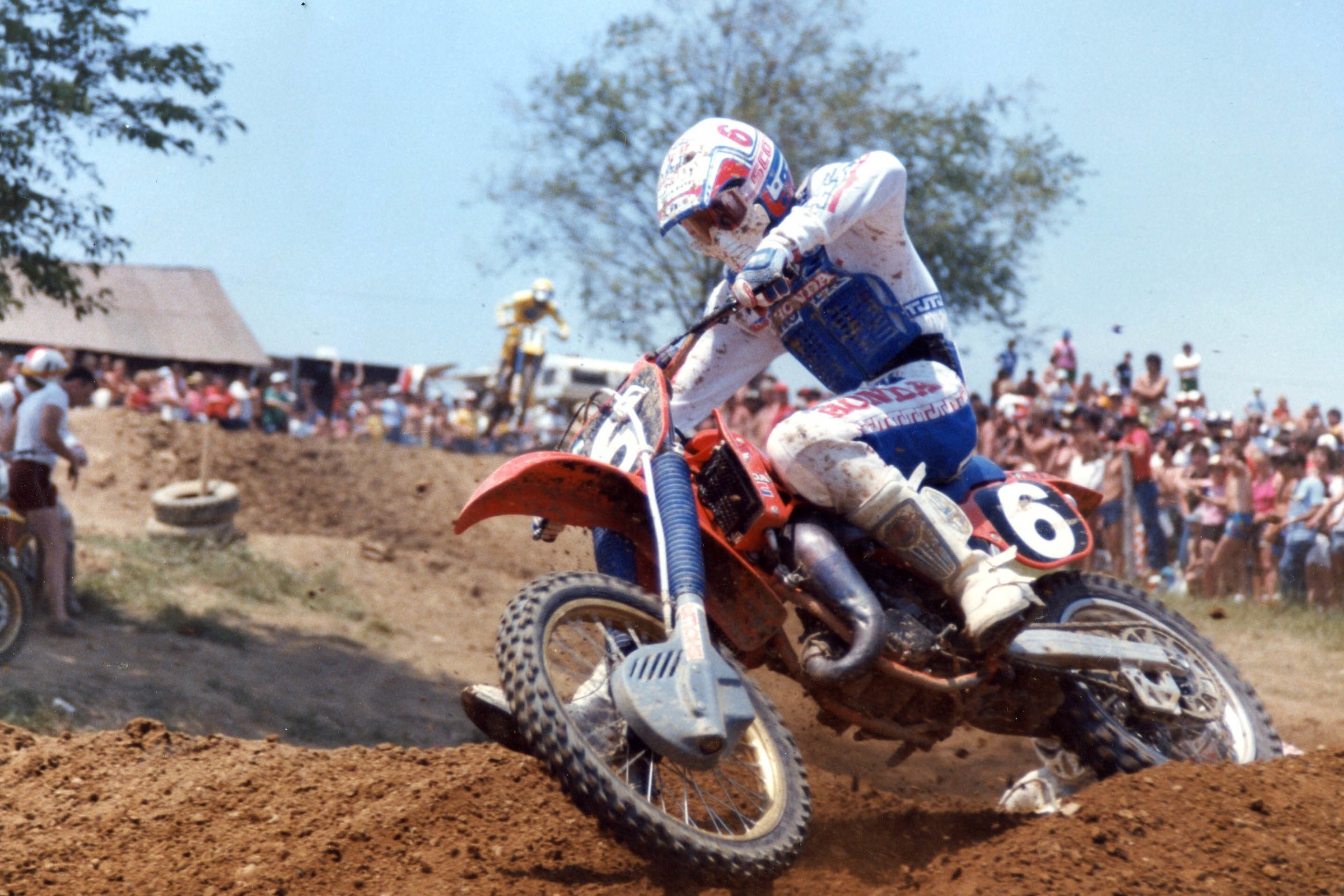 On This Day in Moto December 13

One week after the extraordinarily wet and muddy Seville SX in Spain, the THQ FIM World Supercross Championship went indoors at Arnhem, Holland, (which was also the site of a major battle between the Allies and the Germans toward the end of World War II). This time the place had a roof and the cold elements of Northern Europe weren't too hard on the riders. Honda's Ernesto Fonseca was the main event winner, the one and only 250 SX win for the former two-time 125cc SX Champion. He was followed to the podium by Moto XXX Honda's Damon Huffman and Motoworld Suzuki's Andrew Short.

Yamaha celebrated the fact that on December 13, 1973, someone on one of their big-wheeled Cat motorcycles climbed to the top of Mt. Kilimanjaro.

Yesterday we mentioned the Mini-Bike National Championship that was listed by date, though the track wasn't mentioned, and the classes were for 1 to 3 Horsepower, 4 to 6, and 7 and over. All ages were allowed to race. If that sounds quite different from what we have now for Minicycle National Championships, here's a preview photo that ran in Cycle News of a couple top prospects.

The Anaheim era of supercross began on this night in 1975 with the running of something called the American Motocross Finals. The race was not part of any series and brought together some of America's top riders of the era for a race around a track built in the stadium where the California Angels played baseball. Michael Goodwin's Stadium Motorsports Group was the promoter of the already successful Superbowl of Motocross at the Los Angeles Coliseum.

The track was designed by Jimmy Weinert and the race was run-what-ya-brung open class. For instance, the eventual winner Tony DiStefano of Team Suzuki rode his works 250, while "Gassin'" Gaylon Mosier finished second on a Wheelsmith 450cc two-stroke Maico, and Team Honda's Marty Smith showed up on his screaming 125cc works bike and actually set the fastest lap time of the night, though his engine seized in the third and final moto. And get this: desert racer Al Baker showed up on a four-stroke Honda and had the loudest bike in the race, though he didn't do very well.

There was also a High School MX Race that was said to be the battle of the night, between Honda riders Broc Glover, Dave Eropkin, and Steve Bauer, with them finishing in that order.

Tony DiStefano was at the top of his game in 1975, winning the AMA 250cc Motocross title, the last Inter-Am Championship, several rounds of the Trans-AMA Series, and the season-ending American Motocross Finals at Anaheim.

Finally, happy birthday to Ron Lechien, the Dogger himself and one of the all-time fastest, most-stylish, and most controversial riders in the history of AMA Supercross and Motocross. Here's an excellent look at his life courtesy of the MX Files:

And here's some footage of one of Lechien's best-ever races, the 1988 Motocross des Nations in France, where he went 1-1 to win the individual and the overall and joined Team USA's Rick Johnson and Jeff Ward on top of the podium.