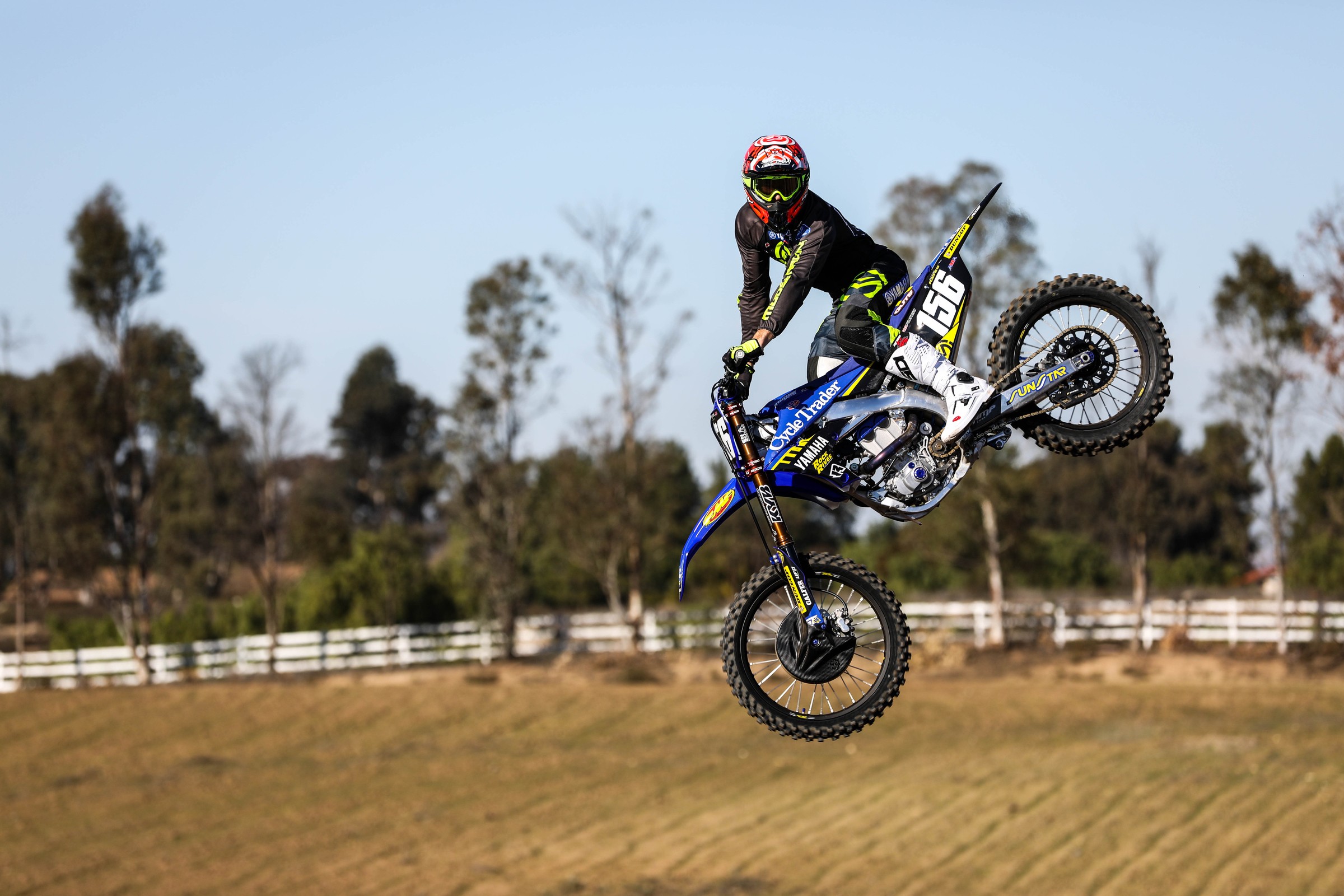 When Jacob Hayes rolls into competition in 2019, he’ll be a rookie. Technically, anyway. While he’s never been behind a gate in Monster Energy Supercross, he’s been racing professionally for years and won the Amsoil Arenacross Championship (in its final year) in 2018. Obviously, he’s got skills. But will they translate to the more spacious and higher-speed tracks of supercross? That remains to be seen, but one thing’s certain—Hayes is ready to take full advantage of the opportunity he’s been given with CycleTrader.com/Rock River Yamaha in 2019.

Racer X: For starters let's talk about your ride with CycleTrader.com/Rock River Yamaha for 2019. How'd that come about? Who approached who?
Jacob Hayes: There was communication going back and forth through people involved with the team and people who help me. Eventually Christina [Denney, team manager] and I got together and told each other our goals and the fit was perfect. I’m pumped to be here. It’s the perfect team for me and where I’m at in my career. I needed someone to believe in me and give me my shot. I’ve wanted to be in supercross forever and to be with this team, on this bike, it’s a dream come true.

So supercross was always the goal for 2019, whether a team picked you up or not?
Without question. I was ready to load up a van, full privateer, and give it a go. Obviously that wouldn’t have been ideal but what was I supposed to do? I can always chase money and travel the world to make money and pay bills. That just didn’t seem fulfilling to me. I want supercross and I always have. It’s time to put everything on the line and go for it. Lucky for me I’ll have the same team behind me that helped Alex Martin and Colt Nichols get results. They put this team on the podium and I want do the same.

So you'll be coming in as a supercross rookie. Is it weird to think of yourself that way? After all, you are the arenacross champ.
Honestly, it’s so weird. I feel like I’ve been doing this forever, but I also feel like a kid just coming out. At the end of the day there’s a dirt bike, a track, fans, and lights. I really don’t care. I’ll approach supercross the same way I approached arenacross when I started there in 2014. I was an underdog. I was limited in experience. But I rode my ass off and gave it everything I had and it worked out great. Same plan.

Talk about some of the prep you've been doing. You've never raced Monster Energy Supercross, but you've obviously been on supercross tracks.
Yeah for years. I prepped on supercross for arenacross in 2015 and 2018. I’ve always liked it more than arenacross. I always felt trapped on an AX track so opening it up on bigger tracks is better for me. I’ve always felt faster on [SX]. I raced the Australian Supercross series during the off-season, and it was a great life experience, but my results were whatever. I was learning a new bike and adapting to another country and being away from home for two months was kind of tough. I’m home now, happy to start the season, and ready to start the next chapter. Winning AX provided major closure for me. Now I feel like I did in 2014, when nobody knew me. I’m excited to introduce myself in January.

Where do you see yourself stacking up?
That’s a hard question to answer. I know where people see me and I know where I see myself and it’s probably not in the same position. If things go the way I want them to it’ll probably be pretty surprising to the industry. That’s what I’m working for.

It sounds like you're looking forward to turning some heads. Is that fair to say?
Yeah for sure but that’s not my main motivation. If I can satisfy my own expectations, then heads will turn on their own and my career will move forward. We’re one month out and I feel like I’m in a good place. There is still work to be done but come Anaheim I’ll be right where I want, and need, to be.