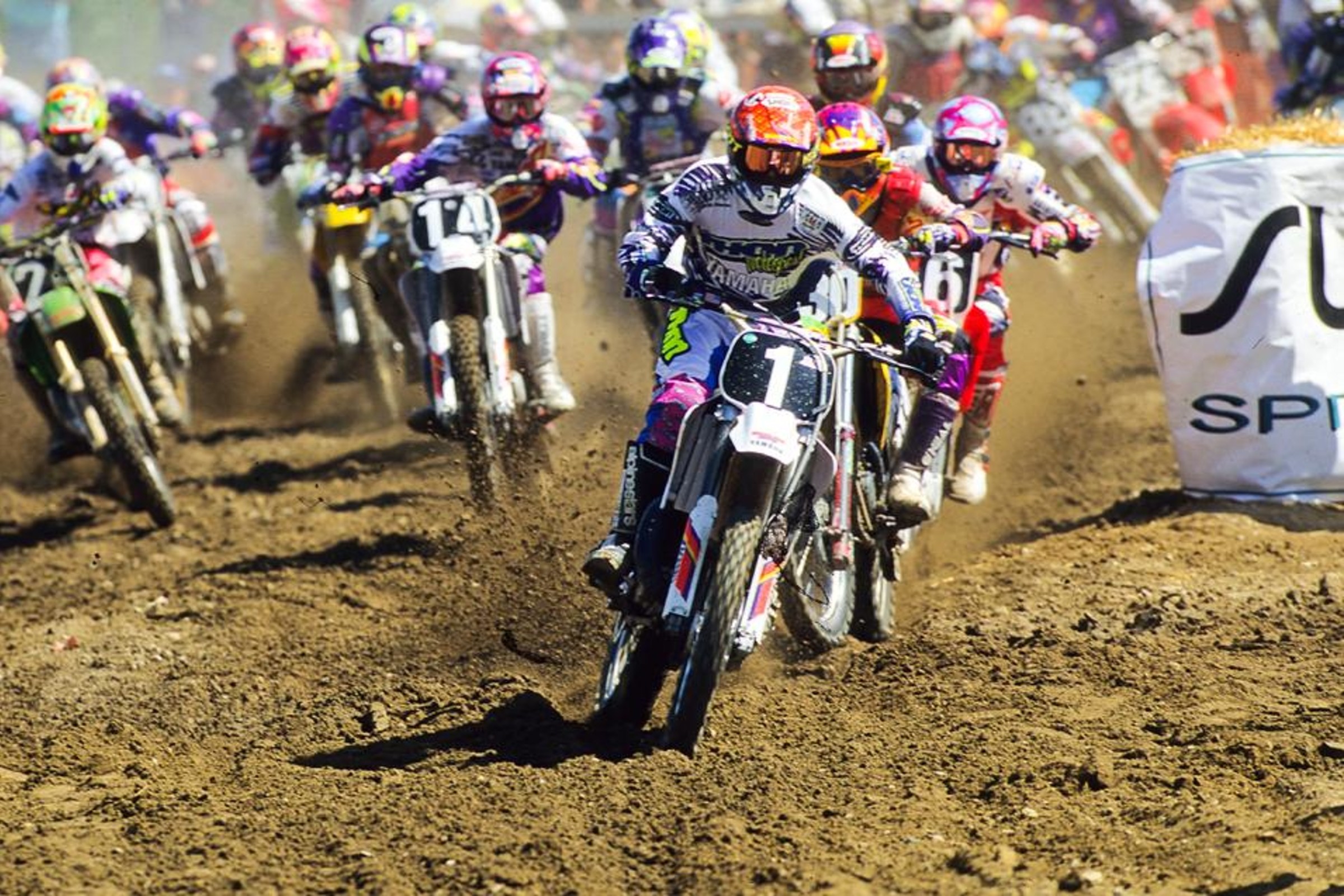 On This Day in Moto December 1

Yamaha's Pierre Karsmakers wins the series-ending Trans-AMA finale at Saddleback Park in Orange, California, though Suzuki's Roger DeCoster, second in the race, has already been crowned champion of the series for the first time. All told, The Man will win this U.S.-based international series four times, which when added to his five FIM 500cc Motocross World Championships and all of his Motocross and Trophee des Nations wins with Belgium, made him the most dominant rider on the planet in the 1970s.

Yamaha held a High School Motocross Championship at Saddleback Park the day before the Trans-AMA. 325 riders entered from around the state came to the race that was sanctioned by the CMC and the Scholastic Association of Motorsports.

Among the names we recognized in the results were Warren Reid from Bolsa Grande High School, Tony Wanket of Encinitas High School, Tommy Croft from Kearney High, Rick Asch from Canyon High, and a kid named Broc Glover from Valencia High.

It's the middle leg of the Paris-Bercy Supercross and rising French star Jean-Michel Bayle proves that he can ride with the top Americans in supercross by finishing on the podium alongside Rick Johnson and Jeff Ward, both multi-time AMA Supercross Champions.

It's Jeff Emig's birthday. He was a three-time AMA Pro Motocross Champion, as well as the 1997 AMA Supercross Champion. Born in Missouri, Emig came up in the Kawasaki Team Green program, then signed his first factory contract with Yamaha. He rode with them until 1996, when he switched back to Kawasaki. Emig was a standout for Team USA at the Motocross des Nations, riding for our nation from 1992 through '97, when the team went 3-3.

Emig's last big win came as a privateer FMF Yamaha rider at the 1999 U.S. Open of Supercross in Las Vegas. A crash on New Year's Eve that year knocked him out of the 2000 AMA Supercross tour before it started, and then a worse crash that spring at Glen Helen while getting ready for a return to AMA Motocross marked the end of his AMA Motorcycle Hall of Fame career. Emig is now the color analyst for Monster Energy AMA Supercross, as well as a brand ambassador for Husqvarna.

And here is one of Emig's biggest wins, when he stopped Jeremy McGrath's run at a perfect season in 1996.

After winning the final Trans-USA Championship aboard a privateer Suzuki, Michigan's Dave Hollis landed on the cover of Cycle News.