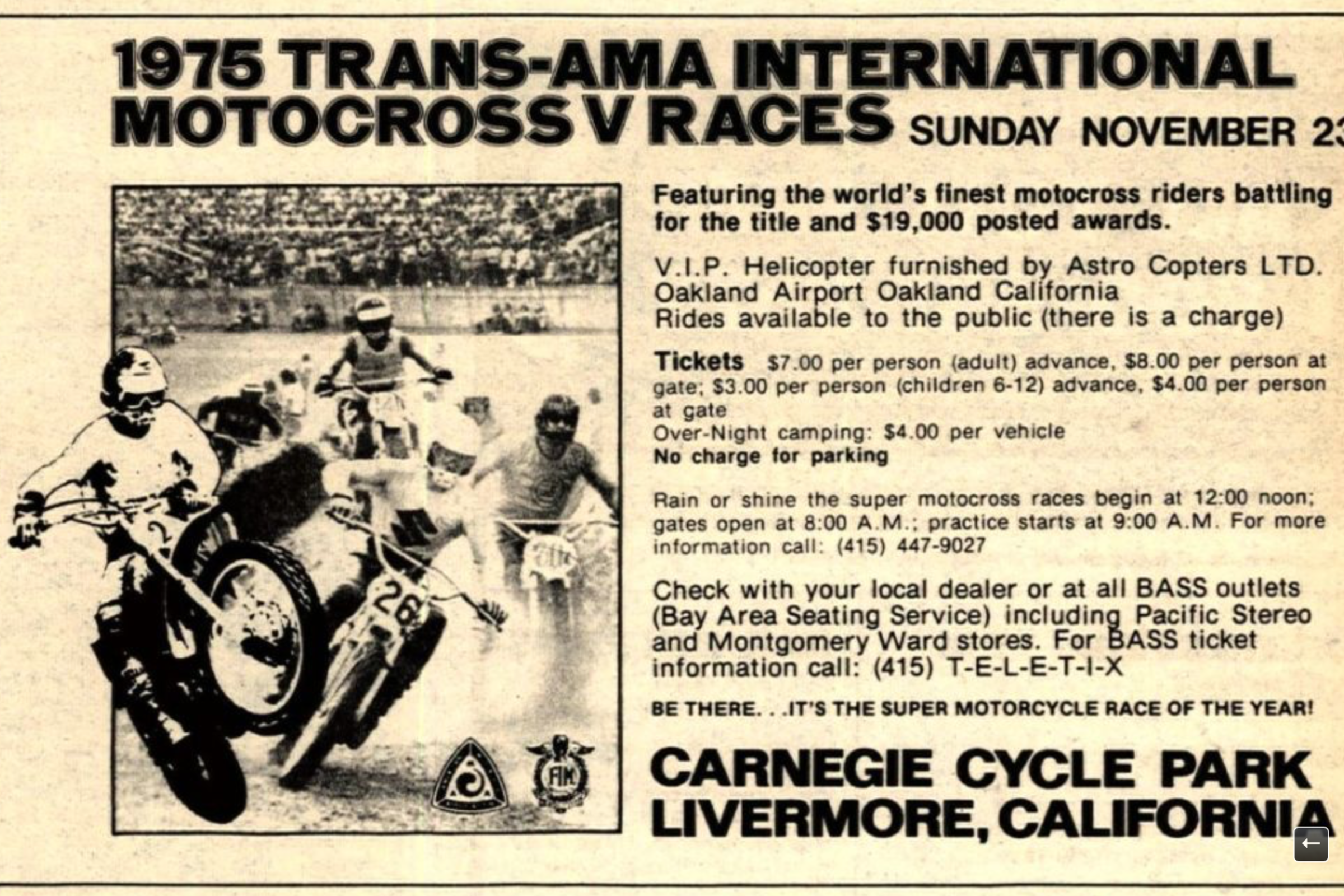 On This Day in Moto November 23

At the Livermore Trans-AMA race, Suzuki's Roger DeCoster, who had already wrapped up the title, suffered a high-speed crash when his works Suzuki broke in half. The magnesium triple clamp on his RN370 and The Man was shaken up badly.

Today is the birthday of Joel Robert, one of the all-time motocross greats. Robert began racing in Belgium where he was born in the early 1960s and would become a six-time FIM 250cc World Champion, riding first for CZ and then Suzuki. He was one of the first in a long line of Belgian greats to follow: Sylvain Geboers, Roger DeCoster, Harry Everts, Gaston Rahier, Georges Jobe, Eric Geboers, and more.

He was known throughout the world in his prime and he also helped introduce the U.S. to professional motocross through his trips to Edison Dye's Inter-Am Series and the Trans-AMA Series that followed. Happy birthday, Joel!