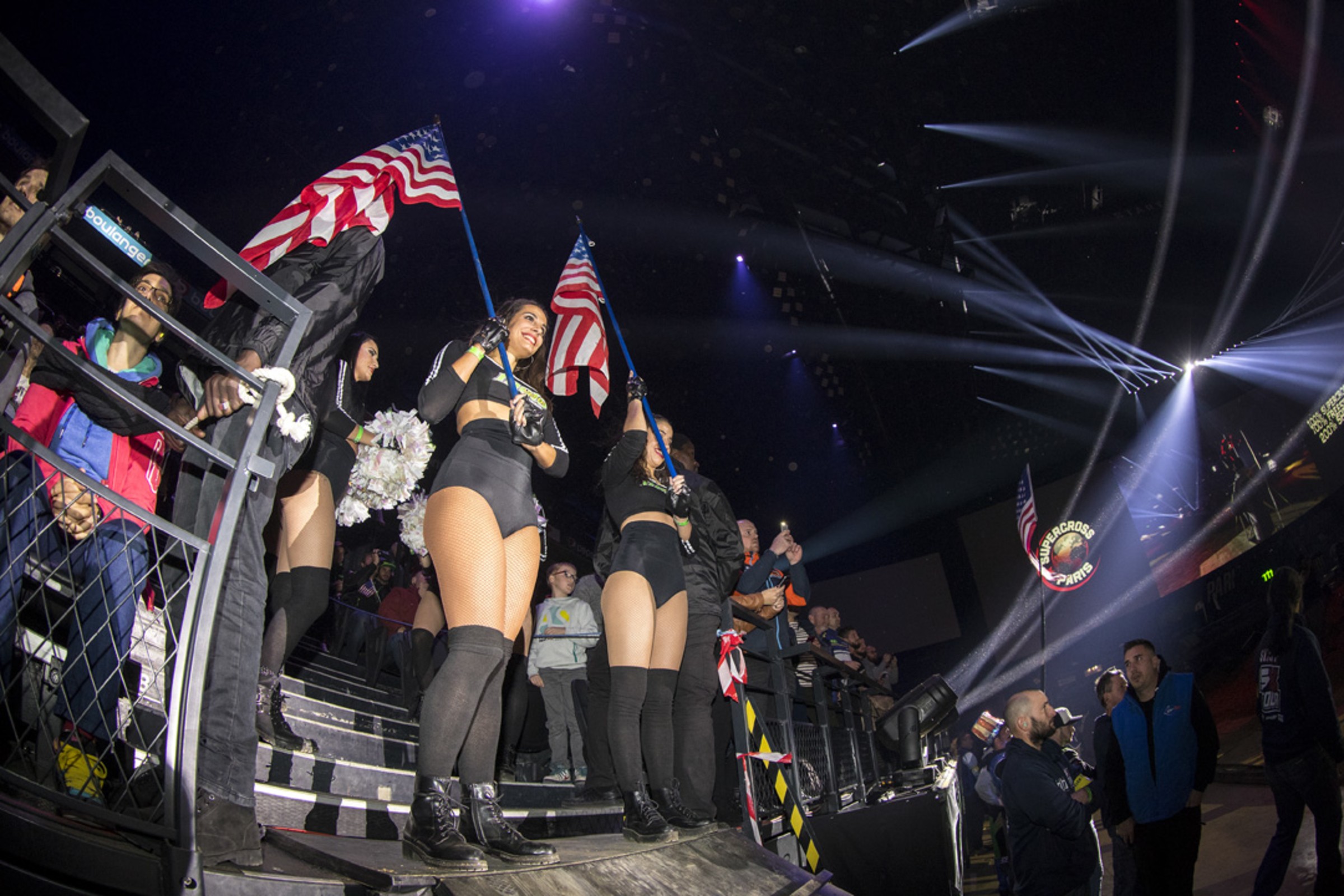 During his 15-plus years as a professional racer, Jason Thomas was THE KING of off-season races. We estimate he competed in some 4,000-plus off-season events. We’re kidding, obviously, but let’s just say JT was well-traveled during his career.

We are now in the thick of races like Paris Supercross, Geneva, AUS-X Open, etc., so we asked JT to weigh in on some burning topics. (Okay, maybe not burning.)

1. What's the travel like? How much does it affect off-season training?

The travel can be brutal if you’re really pushing the envelope with scheduling. For Justin Brayton, the Australia to Europe and back trips are incredibly hard on the body. Luckily for JB, he looks to be flying in business class, meaning he has a bed to sleep in during the 24-hour trips. I wasn’t so lucky in those days, sitting up right for days on end, meandering aimlessly through foreign airports. The lack of sleep is tough to deal with and modern research has taught us how important sleep is for athletes. Not only is it difficult to sleep during the trip, crossing so many time zones wreak havoc on the body’s internal time clock. I wasn’t sure whether to sleep or be awake. Most of the week after arrival is spent just trying to get back to even keel. Training and riding is all foregone in hopes of being back to 100 percent by race day.

Flying around the world absolutely affects the off-season prep. All of those days spent on airplanes and recovering afterward are days missed to improve fitness, test the bike, and log laps for the coming season. Those riders who stay home are putting in lap after lap toward the bigger goal of 2019. It’s a sacrifice that each rider has to weigh.

For me, I was willing to suffer through a hellacious November and December because the financial upside was simply too much to pass up. That’s the same decision Justin Brayton is making. For the past three seasons, he has pocketed serious money in the October-December months. The Australian SX series championship and big money at races like Paris and Geneva can earn him more than the rest of his entire season combined.

Will such a grueling off-season schedule have a negative effect in the coming months of American racing? I say absolutely, yes. I know I was exhausted during the early rounds of supercross as my German calendar ran right into January. It’s simply impossible to race and fly that much in the off-season to not catch up with you in January and February. The opportunity to make 10K a weekend 2-3 times a month was worth it for me. For Brayton, though, that sacrifice looks to be worth it several times over. These big races can mean anywhere from 25-50K for a top ten guy, not to mention guys like Zach Osborne and Jason Anderson who are getting closer to six figures. Unless you are one of the very few making millions, money like that can’t be ignored.

Is there a price to pay for traveling overseas in the middle of the most important training period? Yes. Is it worth it? For most, I think it’s an easy yes, too.

This is tough to narrow down so I will just give the CliffNotes for a few of the ones that stand out. My first trip overseas was in 1999 and my last event was in 2014 with around 125 international events in between.

My one and only trip to Guatemala was in December of 2001 and it was very last minute. I got the call about five hours before I had to be on the airplane to Latin America. Scrambling was an understatement, but I made it to Guatemala City, hoping things would go smoothly. The racing went well as I won the 250 main event. Unfortunately, my wallet and camera were stolen while I was out there winning, putting a damper on the excitement. So, as I was without a wallet or money, I needed to get paid my prize money so I could sustain life. I was then informed that the only person who had enough American dollars on hand was… let’s just say, in the narcotics business. Needless to say I was a bit nervous when I was told the plan was to go meet with this gentleman at his house. As we drove to the countryside, we pulled up to a garage door built into the side of a small hill. That garage door magically opened and we drove down into a valley with a huge house, a dozen cars, boats, motorcycles, etc. It was straight out of a movie. The gentleman with the dinero was nice enough but I was also warned that I was not in Kansas anymore. So as we walked into this hidden mansion, I shook hands with the distribution specialist and he disappeared to go get my money. He handed me a wad of hundreds, congratulated me on my win the previous night, and off we went. I flew out the next day, always wondering how close I was to some serious El Chapo type business. The craziest part of this story wouldn’t come for two more years, though. Fritz, the guy who organized my deal and brought me to get the money, was murdered two years later. Shot in his car with wallet and belongings intact. It’s hard not to wonder what kind of mess I was actually involved in back then. Drugs, supercross, murder. Sounds like a Vin Diesel movie.

Another good story occurred in November of 2004. I was racing the German Supercross series and doing well. I negotiated a deal to race Friday and Saturday in Eastern Germany, a city called Chemnitz. Back then, Chemnitz still bore the tough times of Communist rule. Shot out windows and empty buildings sat right next to brand new car dealerships and a McDonald’s. The contrast was stark; old world despair and new world possibilities coinciding. As for the racing, I won the overall, barely beating Casey Johnson on Saturday night. Early in the weekend, I contacted the promoters of the Barcelona Supercross and knowing their event was Sunday night, I talked them into a spot and a reduced fee for a last-minute entry. So, to pull this off, I had to race Saturday night, have my bike torn down, hop in a car for the four-hour drive to Munich, hop on the earliest flight to Spain, taxi to the stadium, have an assigned mechanic build a new bike for me, and get ready for racing. The problem with this plan was multi-fold. One, I wasn’t going to get any sleep. Two, I wasn’t going to get there early enough to ride practice. At all. Three, I was trusting someone that didn’t speak English and I had never met to build my race bike in a big hurry. After winning the German race, though, I was unreasonably optimistic about this awful plan.

So, things go to plan and I show up red-eyed and ready for action!  The bike got built and I took a nap on a flattened cardboard box in the pits (glamorous life, folks). My first lap on the track was in the heat race. I started last on purpose and the first couple of laps I was just trying to jump the jumps and not crash into anyone. Luckily, the heat race was pretty long and they took eight guys to the final. I figured out the track and moved forward quickly enough to qualify. It wasn’t pretty but I got it done. Qualifying so poorly meant an outside gate and by this time, I was just trying to stay awake long enough to live out this stupid idea. Right on cue, I pull the holeshot from the outside and am now entangled in a death battle with Nick Wey, Mike Brown, Damon Huffman, etc. I had nothing to fight with and settled into fifth place quickly and rode it out. The next day, I flew back to Germany yet again, caught another flight to America, and finally collapsed somewhere inside my house for a very long period of time.

The last short story I have involves the most brutal of my travel stints. Starting in October of 2005, I raced in Montreal, the US Open in Vegas (think Monster Cup now), Madrid SX (Spain), Wollongong Supercross (Australia), Barcelona SX (Europe-Australia-Europe back to back to back), Sheffield SX (England), Stuttgart SX (Germany), Chemnitz SX (Germany), Munich SX (Germany), Vienna SX (Austria), and a one off SX in the Czech Republic. That was 11 races spanning three continents. I finished that idiotic schedule two days before Christmas and just ten days or so before Anaheim. I remember boarding the plane for A1 being completely burnt out. Everyone was hyped and excited for the season to start but I needed a month on a couch somewhere. If I had to do it over again, I wouldn’t hesitate for one second, though.

3. Does it make sense for top guys to do these races?

The decision for whether or not to participate in these lucrative off-season events will always be an individual one. For riders like Eli Tomac or Ken Roczen, they are paid well and the risk/reward for a race like this isn’t always worth the trouble. Not only does it throw off the training timeline, there is always the risk of injury (Weston Peick’s tough break being case in point). For the other 99 percent of the racing field, though, these events present a great opportunity to make money in an otherwise slow time. I believe the ideal move for most is to pick and choose a few events and plan your training around them. Prioritize the most profitable events, build a training plan to minimize the days missed, and make the most of the opportunity presented. Zach Osborne took this approach, picking two events (Paris and Geneva), making a lot of money, and getting back to work. I think it’s the most prudent approach when facing an entire season ahead (remember Brayton only does SX) but also knowing money like this isn’t available forever. Or, you can just throw caution to the wind and race yourself into international oblivion like I did.