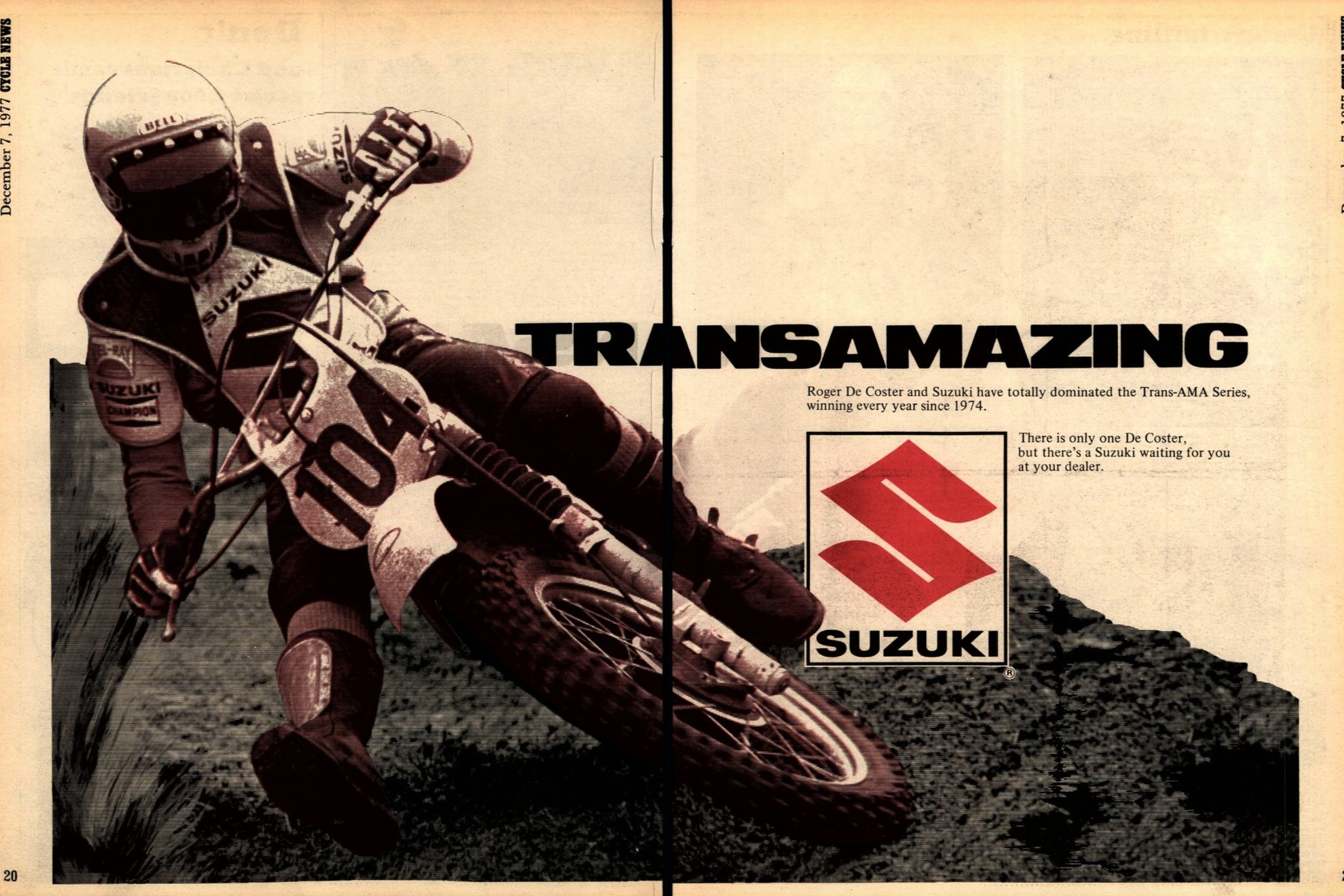 On This Day in Moto November 20

At the Tokyo Supercross in Jingu Stadium, Kawasaki riders Jeff Ward and Ron Lechien won a star-packed race that could have been an actual AMA Supercross, given the talent shipped over by the promoters from the U.S.

Cool side note: Not only did Rich Winkler of what we now know as Dirt Wurx help build the supercross tracks in Japan, he also penned the Cycle News coverage of the events, including 16-year-old sensation Damon Bradshaw's stunning win at the Osaka round.

At the first Puyallup Trans-AMA race in Washington, Belgian Suzuki riders went 1-2-3 to sweep the podium in the three-moto race. Reigning 250cc World Champion Joel Robert went 1-3-1, future five-time 500cc World Champ Roger DeCoster went 2-2-2, and Sylvain Geboers finished 3-1-4. The only rider to break up the Belgian lock on the podium was British Husqvarna rider Andy Robertson, who finished fourth overall but took a third in the last moto. The top American was seventh-place Mark Blackwell.

Fast forward seven years and Roger DeCoster clinches what will be his fourth straight Trans-AMA Series title by finishing second to American favorite "Bad" Brad Lackey on a works Honda at the Sears Point round. All told, DeCoster would win 26 different Trans-AMA rounds between 1970 and '78, giving him the record for the most race wins as well as titles in the once-grand tour.

And here's one we missed that happened yesterday in 1995, but we just found the video online! The 1995 Osaka Supercross, won by the great Jeremy McGrath, and voiced over by Sir Jack Burnicle.

The FIM World Supercross Championship—the previous one—holds a race at a mostly-empty Rose Bowl in Pasadena, California. The winner was Honda's Ezra Lusk over Larry Ward and Jeremy McGrath. The 125 class marks the first-ever professional win for Travis Pastrana, who had just turned 16 and topped Ernesto Fonseca and David Pingree in the main event.