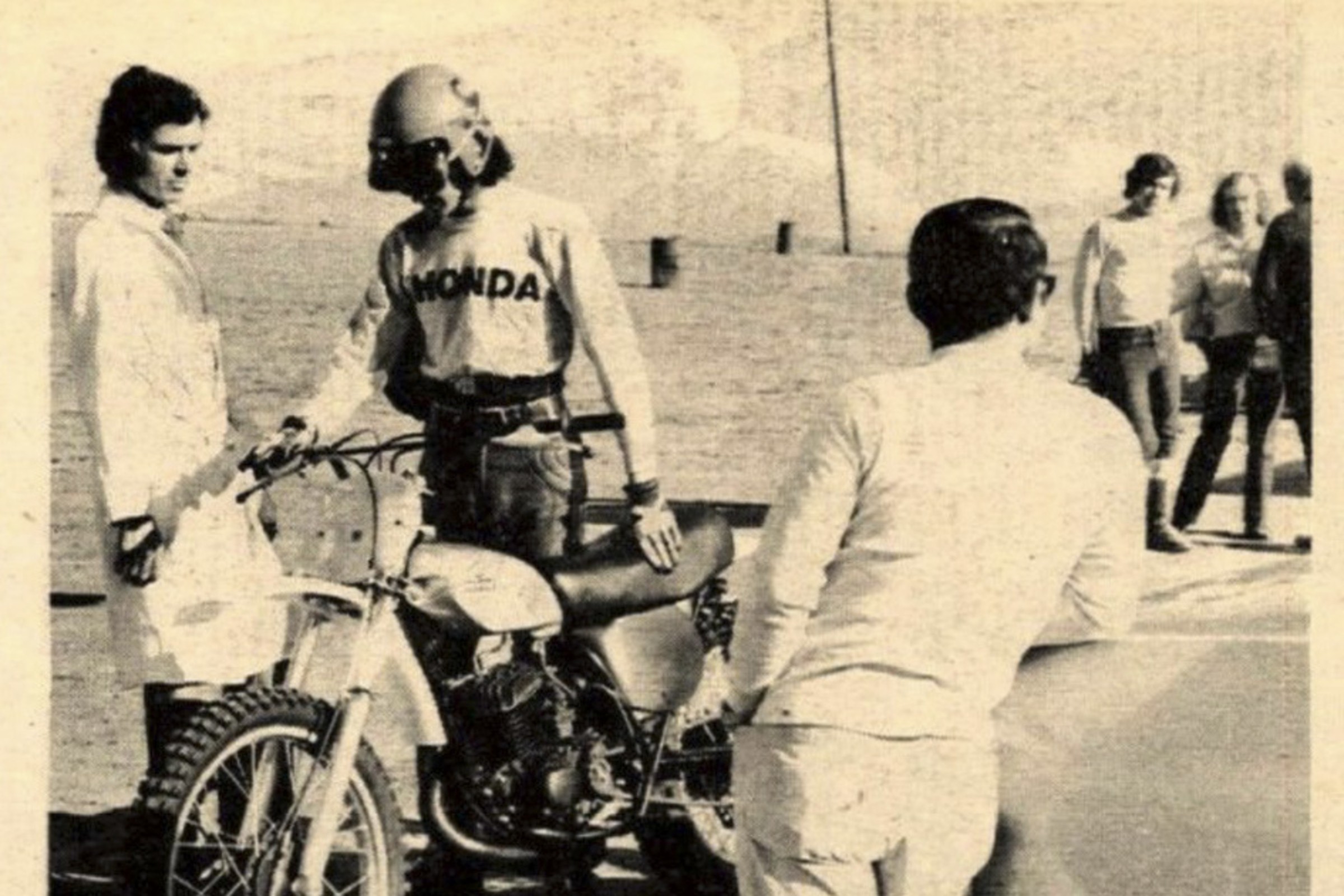 On This Day in Moto November 19

The Puyallup Trans-AMA has a big sponsor in Rainier Beer, and a filming crew is brought in to make a feature documentary. It's easily one of the best motocross productions of the seventies, and well worth the watch time of 26 minutes.

Ake Jonsson won the race on his big Maico, and with it he clinched the overall series championship. He went 2-1-1 on the day, losing the first moto to Husqvarna rider Heikki Mikkola. The "Flying Finn" was riding a borrowed bike as his van and all of his belongings were stolen the night before in a hotel parking lot.

Billy Clements dropped down from the 500cc International class to the 250cc "National" Support class and won both 20-minute motos.

That same day, down at Saddleback Park, a semi-secret test of the prototype Honda dirt bike that would come to be known as the Elsinore was taking place. SoCal hotshots Marty Tripes and Bruce Baron were among the riders invited out to try the new lightweight 250cc dirt bikes. Tripes said upon riding it, "This bike could win a Trans-AMA in the 250 National class right now."

Cycle News sent a photographer out and a Honda engineer spotted him and asked him to hand over the film. He apparently handed some (but not all) of the film over and Cycle News shared the film he saved with their readers two weeks later.

The Paris Supercross goes to French hero Marvin Musquin, the second year in a row the Red Bull KTM rider wins the biggest race of his homeland.