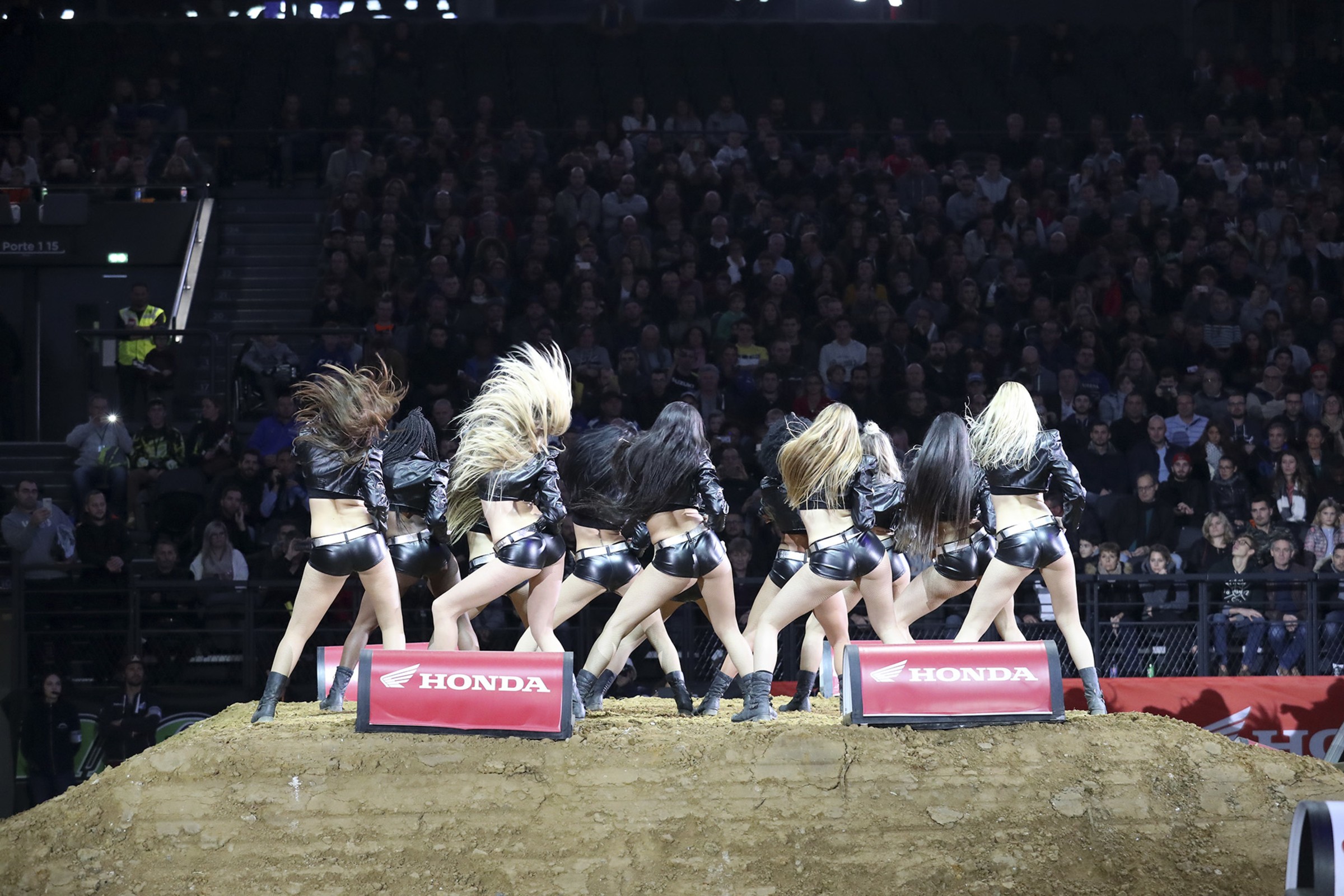 The track was easier than last year—the whoops being smaller being the main difference—and the dirt got quite hard. A couple of riders were comparing it to the Las Vegas SX, so line selection was crucial.

Before we get too much into this, our thoughts are with Weston Peick as he had a bad crash right after the first turn in the third main event and had to be taken to the hospital. We don’t have anything confirmed, but he was sedated and we all hope for the best. Peick had ridden very well, finishing second in the first semifinal race of the night.

The surprise of the day was Hill setting the fastest time in the second practice. He showed that he’s got flash in him to go out and set fast times. He didn’t have great showings in any of the two semifinals or the main event but he didn’t get starts and we think he had a crash as well.

The first semifinal of the night saw Jason Anderson, despite subpar qualifying sessions, grab the lead early from Friese and lead the rest of the way. Behind him it was a freight train of riders and in the end, Peick snuck through late for second place ahead of crowd favorite Ferrandis, who showed great speed coming up.

The second semifinal was a great race between Osborne, Ferrandis, and Anderson. The three riders took turns yo-yo’ing each other and at one point it looked like Anderson was going to zap both riders. Osborne had other ideas as he shortened the track up here and there and pressured Ferrandis but couldn’t get by. Then Osborne made a mistake in the whoops and that was all Ferrandis needed to take a very popular win. Osborne took second with Anderson third. Friese got another good start and it took until the last couple of laps for Peick to get him. Brayton, a past King of Paris, couldn’t get off the gate at all the first two races and it showed.

The SX1 final was marred by the Peick and Cedric Soubeyras crash coming out of the first turn, but it was Osborne who got the holeshot and led the opening laps. Ferrandis was right there until he washed out his front end and spent the rest of the main event fighting his way back, the crowd erupting with each pass.

Anderson showed a bit more whoop speed and worked his way by Osborne at the end of that section to take the lead. His teammate stalked him the rest of the way in an event that was much longer than the semi races. Osborne would make a mistake and lose time, Anderson would get caught up with lappers and Osborne would make it back up. Back in third, it was a lonely Justin Brayton who got around Jordi Tixier after the Frenchman made a mistake and shot off the track.

In the end it was Anderson, Osborne, and Brayton. The overall after night one is Anderson, Ferrandis, and Osborne. Jason Anderson is showing why he won the AUS-X Open last weekend and will go into Anaheim 1 with the #1 red plate.

In the SX2 class it was American Jace Owen going 1-2-1 for the overall win on night one on his Bud Racing Kawasaki. Adrien Escoffier finished second with Cameron McAdoo going 4-1-3 for third overall on his Honda.

Stay tuned tomorrow for a wrap up on the Paris SX!