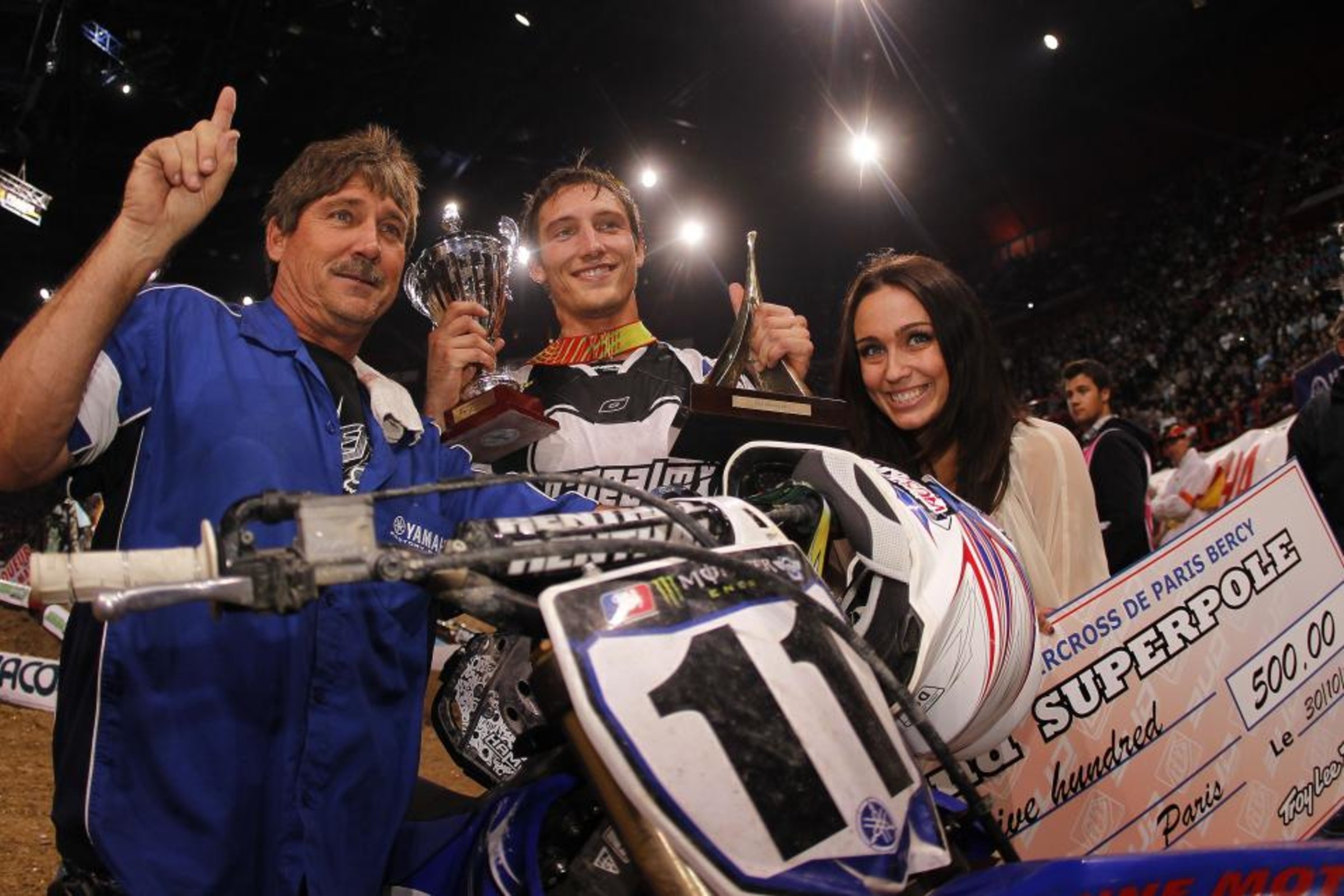 On This Day in Moto November 18

Coors Extra Gold ran this advertisement in honor of Jeff Stanton's '89 season in AMA Supercross. Stanton had joined Team Honda during the off-season and was slated to be Rick Johnson's teammate and understudy. After RJ, the defending series champion, won the first five rounds of the series and held a commanding points lead, he broke his wrist during practice for the Gatorback National opener. Stanton was suddenly thrust into the role of team captain and responded by winning four rounds and his first of three AMA Supercross Championships. He also won his first of three AMA 250 National Championships later that summer.

With 2-2 moto finishes Yamaha's Pierre Karsmakers takes the overall at the Puyallup, Washington, round of the Trans-AMA Series. The moto winners were both Maico riders from Europe, Gerrit Wolsink and Adolf Weil, but both had problems in the motos that they didn't win, giving the consistent Karsmakers, who never actually led in either moto, the overall win.

Also, Bultaco riders went 1-2-3 in the 250 "National" Support class, via Bryar Holcomb, Ron Pomeroy, and Tom Rapp. The Spanish brand was so thrilled they ran a win ad in Cycle News.

Chisholm will win the second night, then finish second to Weimer to wrap up the King of Bercy title.