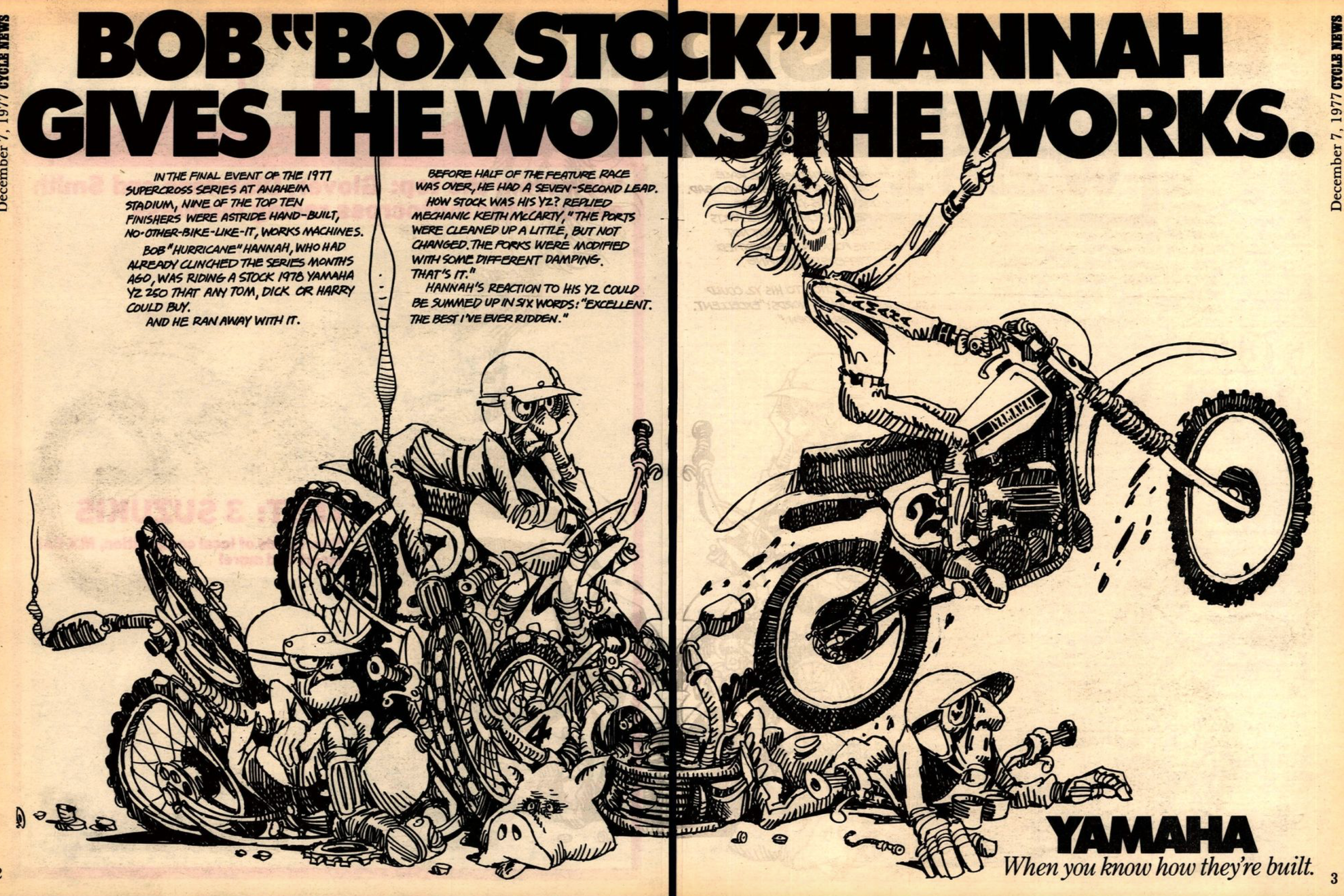 On This Day in Moto November 12

Motocrosser Keith Johnson was the overall winner of the AMA National Hare Scrambles race in Wrentham, Massachusetts, aboard a Kawasaki, but second-place finisher Scott Plessinger was able to clinch the championship on his own Kawasaki. Yamaha's Ed Lojak finished third.

Today, Johnson is the promoter of the Lucas Oil AMA Pro Motocross National at Southwick's The Wick 338 track, and Plessinger is the father of AMA 250 National and 250SX West Region #1 Aaron Plessinger.

Soon-to-American Honda rider Jean-Michel Bayle won the Tokyo Supercross in Japan over his future teammate Rick Johnson with a come-from-behind ride. Kawasaki's Jeff Ward finished third. with Yamaha's Damon Bradshaw fourth, and the Australian Glenn Bell fifth. JMB was given 1.5 million yen for the win, which was about $11,000 in U.S. dollars at the time.

The Mexico-made Carabella was "winning races and proving their quality" on the Baja Peninsula, despite the fact that this ad was for a second-place finish in the 125 class.

Bob Hannah had already clinched his first AMA Supercross title in 1977 by the time the late-season Anaheim race happened, but that didn't stop the Hurricane from hammering to yet another win. He was followed by Honda riders Jim Pomeroy and Tommy Croft.