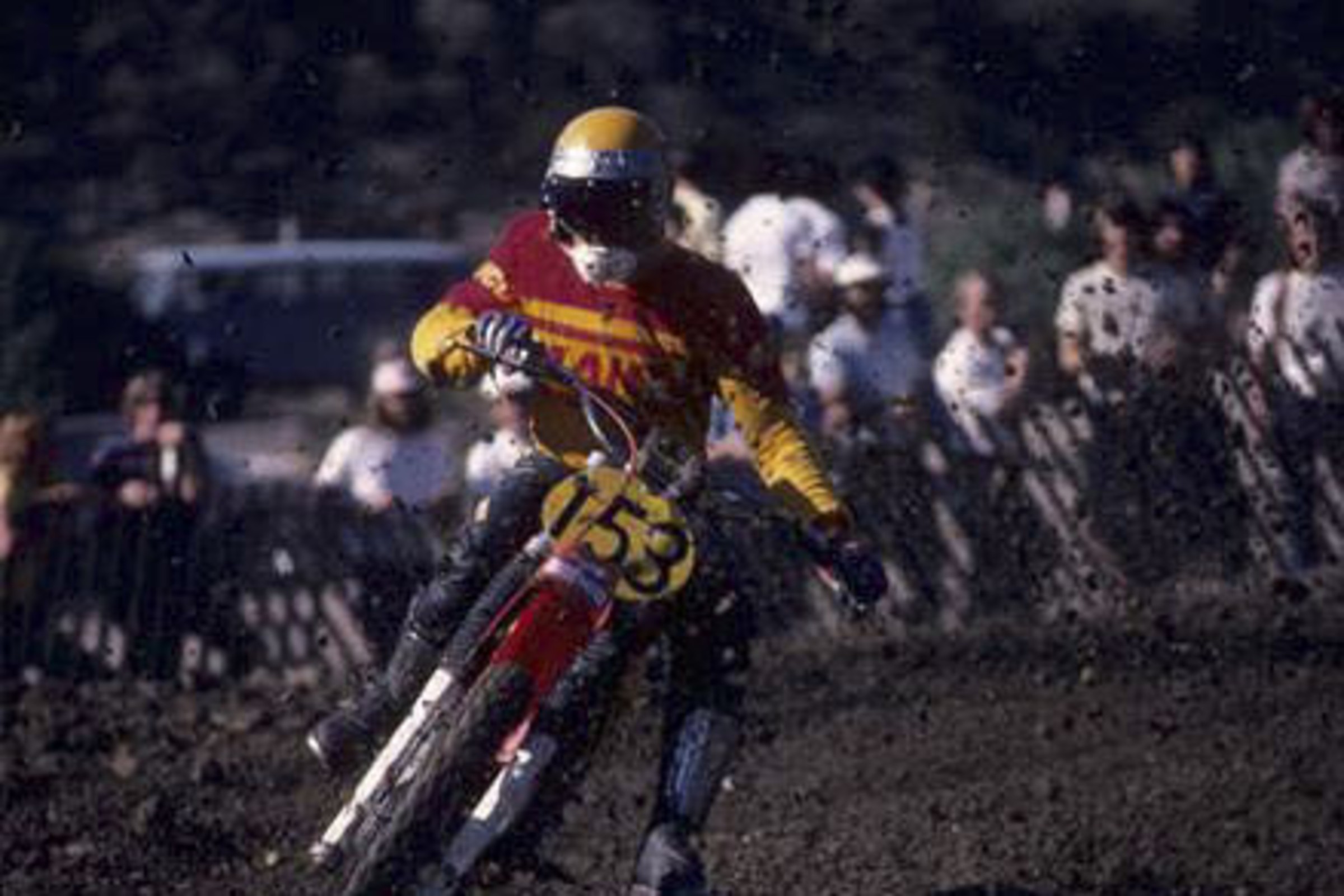 On This Day in Moto October 31

In ABC's Superbikers race at Carlsbad International Raceway, Team Honda's Danny "Magoo" Chandler caps an epic season with an exciting win over the versatile Steve Wise and flat track superstar Jay Springsteen. Magoo, who also won the 500cc USGP earlier that year at Carlsbad, as well as all four motos of the '82 Motocross and Trophee des Nations, stuns Wise on the mostly paved track, as the Texan had already completed the transition from motocross/supercross racer to full-time road racer/flat tracker.

Watch this with a tear in your eye, because not only is Magoo gone, so is pretty much all of Carlsbad Raceway, as what you see is now almost completely covered with business development.

A day that will live in some infamy, as it was the beginning of the end of the Trans-AMA Series. Rabbit Run Motocross Park, right outside of Dallas, hosts the sixth round of the '76 series, and veteran Maico rider Sylvain Geboers gets something of an upset win. But then the Belgian's motorcycle is tech-inspected by the AMA's Carroll Chandler, who discovers that the Maico that Geboers rode to 1-3 moto scores had an aluminum alloy rear axle. At the time aluminum and titanium bits were illegal in AMA Racing, and Geboers was subsequently disqualified for having an illegal motorcycle. The problem was that the AMA apparently knew Geboers had been using the same axle throughout the series, and he passed pre-race tech inspection every time, as the AMA was apparently waiting to make an example of him should he win. When he did at Rabbit Run, they DQ'd one of the most respected riders in the entire sport.

"I feel so disgusted, I think I go home back to Belgium," said Geboers, one of the few remaining Europeans that was still participating in the once-grand Trans-AMA tour, to Cycle News reporter Jim Gianatsis.  "The reason I had changed the axle of the rear wheel is that the original Maico steel axles bend after a few laps. It is not titanium, as this material is illegal by FIM regulations. When I entered the series I never received the special regulations and since this is (also) an FIM event I thought FIM regulations would be respected."

Geboers wasn't the only European to have a beef with the AMA. His friend and former teammate Gerrit Wolsink was told he could not wear the nylon JT Racing pants he had been using, leading Wolsink to say, "This is all just a bunch of bullshit to hassle the riders and kill the sport."

The following week the questionable axle was sent to the AMA's Westerville, Ohio, offices, where AMA motocross manager Mike DiPrete determined that while it was an aluminum axle, the AMA would recognize the fact that they were allowed by FIM rules and threw the referee's decision out, allowing Sylvain Geboers to keep what turned out to be the last major win of his career.

The first night of the Bercy Supercross took place and it was L&M Yamaha’s James Stewart pulling off a clean sweep—winning the hot lap contest, the duel races, and the main event for a perfect 1-1-1 night. Stewart was jumping something that no one else was by airing out a double/tabletop dealio in the first rhythm section off the start.

The eventual winner of King of Bercy was JGR Yamaha’s Justin Brayton, as Stewart came down with an illness and missed Sunday’s main event. There was some confusion as to who actually won King of Bercy, as we spelled out in our race report from the weekend:

So his DNS opened up the King of Bercy crown to the undisputed second-fastest rider this weekend, Joe Gibbs Racing’s Justin Brayton, who managed to take advantage of Stewie’s illness to win the overall. Brayton was really good all weekend (he was last year as well), but to be honest, when he fell with two laps left in Sunday’s main event, I thought he’d blown it. He went from second to fifth, and although I’m no mathematician, I thought that might be enough for Stewart to still win.

That was confirmed when L&M team manager Larry Brooks was asked after Sunday’s main event to accept the King of Bercy title for Stewart. The confetti rained down and Brooks stood there sheepishly with the trophy. It was a little odd for sure, but after a while, they realized Brayton’s scores got mixed up with Steve Boniface’s (they were #114 and #141), and Brooks went over and gave Justin the trophy and congratulated him. Just kind of sucked for Brayton that he didn’t get his moment in the sun on the arena floor, but it was still good to see him come away with the win.