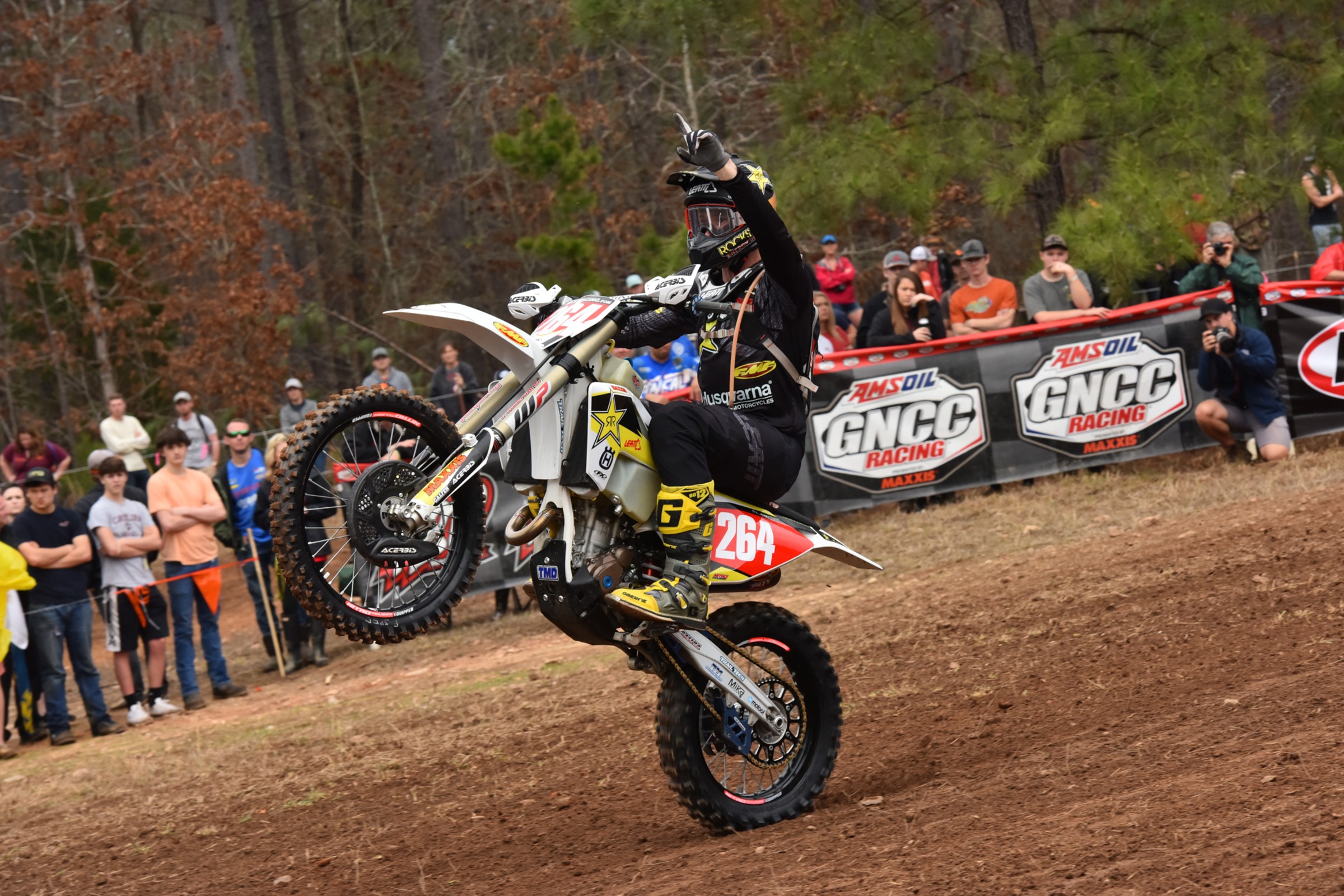 For Ryan Sipes, it all started at the International Six-Days Enduro. Way off the radar, Sipes, who had wrapped the 2014 Lucas Oil Pro Motocross Championship with 4-6 overall scores in the 450 class in the final two races, showed up for the ISDE on an American club team. He was just giving it a try, but he was impressive, and next thing you know he was planning a move away from supercross and motocross into full-time off-road racing. Sipes acquitted himself well in Grand National Cross Country, even breaking through to win a race last year in New York. However, the ISDE was his real calling. In 2015, in just his second appearance at the event, he became the first American rider to ever win the event overall.

The next year, Sipes missed the ISDE due to a broken arm, but he volunteered to write daily race reports for our website. Even without Sipes, Team USA won the Team World Trophy for the first time ever—Sipes gave us perspective on the win via his report.

With those ISDE reports in mind, I called Ryan to see if he wanted to become a Racer X contributor and help with our weekly 3 on 3 column on this site. To my way of thinking, Sipes had become the most well-versed racer out there. Basically, anything that happened in dirt bike news, Ryan could provide some perspective.

This turned out to be a prescient move, because Ryan was already planning on taking the Mr. Versatility tag to another level. After a full-time run at GNCC, Sipes was changing his plan for 2018, choosing to instead dabble in a wide variety of racing types. Last year, outside of his off-road exploits, Sipes won the 125 Dream Race at the Thunder Valley National and raced Red Bull Straight Rhythm. Those races shined a light on how showing up at a variety of events, and throwing in some two-strokes, could be the right path.

It’s not well-worn path. Some in the industry were skeptical, as this was a new concept, and few riders have ever admitted they weren’t going all-in for championships, but instead a few rides in a variety of series (Sipes did plan to race the entire Full Gas Sprint Enduro Championship this year, but his Motocross of Nations obligations conflicted. Such is the price of such a unique schedule). Steadfast in his plan, Sipes built his own Mr. Versatility program from his Kentucky home.

“I have four bikes, I have a practice bike that kinda serves as a one-sized-fits all bike. I have my off-road race bike, my 125, and then I have my flat track bike,” he explains in his new video, Chapter 2, season 3. “I was going to have a moto bike but I ended up trying different stuff on that. It’s all done right here in Flaherty, Kentucky. I take a lot of pride in going up against the factory teams that build all their stuff in a huge shop with a lot of employees. My motivation comes from doing my best—but from trying to beat everybody! I want to win. I want to win a race from here to there on foot, I want to win in business, with my family, raising my kids. I’m pretty driven internally to succeed.  I’m responsible for putting food on the table so I need to do well so I can get bonuses.”

Besides GNCC, Sprint Enduro, and the upcoming ISDE, Sipes raced a few rounds of Lucas Oil Pro Motocross, including the Muddy Creek National on a Husqvarna 125. The race that really got attention, though, was his stunning victory at the Buffalo Chip TT, part of the American Flat Track series. Sipes is not a flat track racer—but as Mr. Versatility, he figured it out.

Luckily, Kentucky has a bit of a flat track community, via the famous Hayden family, as well as Yamaha road race ace JD Beach, who races flat track whenever his schedule allows. Beach invited Sipes to try some practice laps at Hayden Gillim’s track (Gillim is a cousin to the Hayden brothers).

“It was hard,” says Sipes. “Everything I knew, the riding techniques, was kind of wrong for flat track. By the fourth time I rode those guys were like, “Hey you’re doing pretty good. This kind of started as a joke but you should go do a TT. They have right-hand turns and a jump, you’d be pretty good with your moto background.”’

At Buffalo Chip, Sipes shocked the paddock with his supercross-style technique over the track’s one jump. Instead of launching it, Sipes wheelied before the takeoff. This kept his bike closer to the ground, which prevented him from bottoming the suspension, and helped him set up better for the next corner. The wheelie jump was a slick move.

“I came off the track and everyone was freaking out!” Sipes said. “They’re like “What did you do! How did you do that! You’re gonna change the way it’s ridden!” I’m like ‘You guys could do this too, just wheelie over it.’ But it all comes down to, for a moto guy, we’d be doing stuff like that in practice.”

Sipes went on to win the race that night. Mr. Versatility could now boast career wins in supercross, GNCC, flat track, and the ISDE. Wow.

There was much more to come, including of course his appearance on Team Puerto Rico at the Motocross of Nations, and some more two-stroke work at Red Bull Straight Rhythm this weekend. Then it’s off to the Ironman GNCC finale next weekend, and then another shot at the ISDE, this year held in Chile.

“The paddock is right on the beach, and just to the east of that are mountains,” he says of this year’s ISDE adventure. “Should be a lot of unique terrain, and I’ve never been to South America before, so I’m looking forward to it.”

New challenges, unique terrain, and looking forward to it all. That’s the story that Ryan Sipes is writing right now.

Check out more with Sipes Chapter 2, Season 3 below.

Also, check out the new Maxxis film “Ride ‘em All,” where Sipes puts all four of his bikes through their paces.