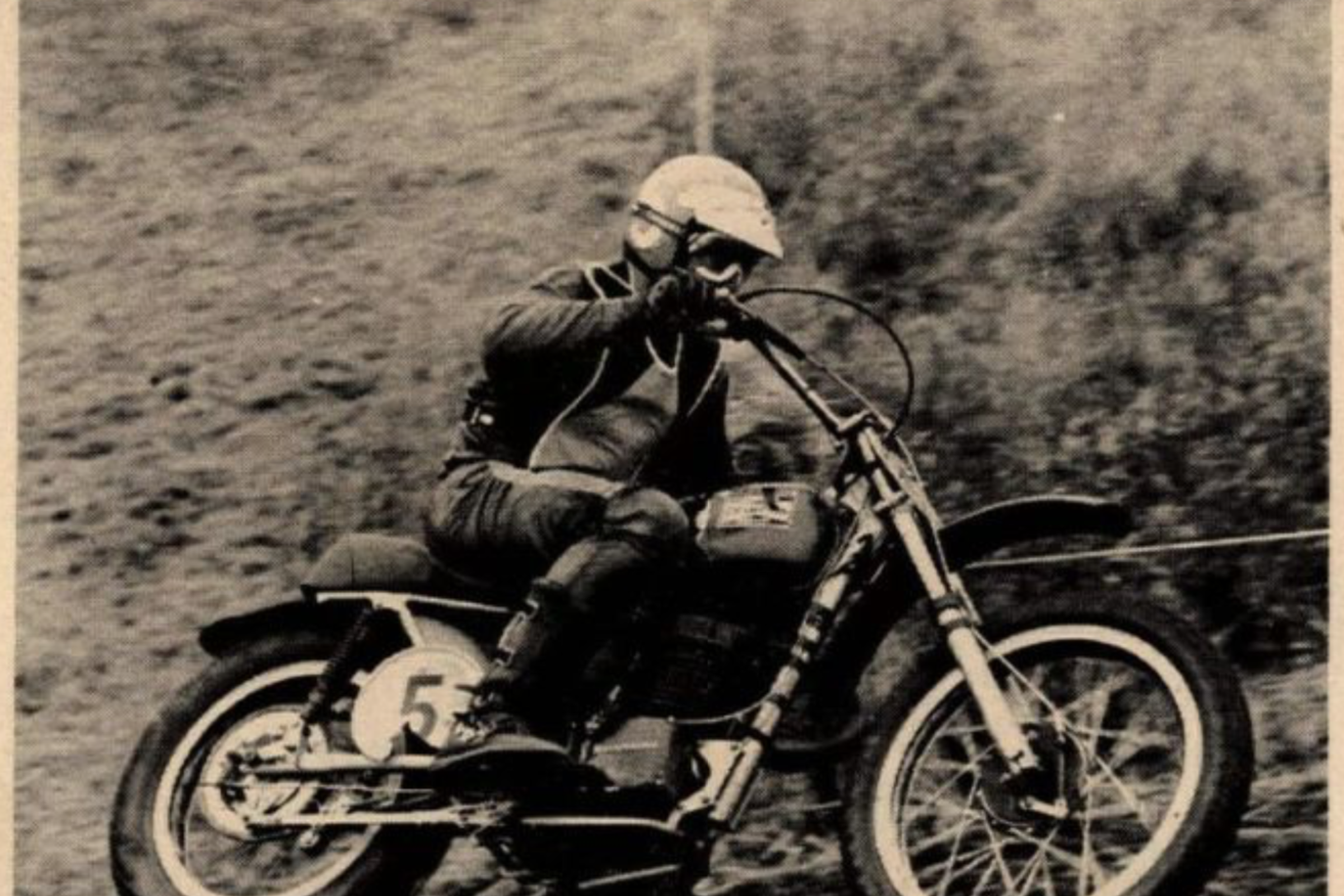 On This Day in Moto October 17

The Trans-AMA Series goes north above the border to Copetown in Ontario, Canada, and Finnish Husqvarna rider Heikki Mikkola gets his first-ever win in the U.S.-based international series. German Maico riders Adolf Weil and Willi Bauer were second and third overall. The top-finishing American was 11th place Mark Blackwell aboard a Husqvarna.

The Trans-USA Series is over after three races, but the new Trans-Cal Series, a hopeful replacement for it pulled together by the CMC and the manufacturers, holds it's fourth round at Sand Hill, and Yamaha factory riders sweep all three classes: Mike Bell topped the Opens, Broc Glover the 250s, and Scott Burnworth bettered his 15-year-old teammate Ron Lechien in the 125 class.

The Can-Am-sponsored AMA Amateur National Motocross Championships are held at the famous Carlsbad Raceway, home of the 500cc U.S. Grand Prix of Motocross, and there's a bit of controversy in the Open class as California's own Chuck Pettigrew wins the Open class aboard his Maico after coming from dead last to second in the final moto after a first-turn crash, but then is later docked a lap for outside assistance. The AMA referee had ruled that when Pettigrew crashed into a snow fence in the first turn and his bike became entangled, several mechanics of other riders helped separate his bike from the fence, which constituted the outside assistance. The overall winner instead was Yamaha rider Steve Appleton. In the 250 class Ohio's Tod Perkins (yes, one d) went 1-4 to take the national championship, and the 125cc winner with 2-1 scores was Maryland's Ferrell McCollough.

Also in 1976, RedBud in Buchanan, Michigan, hosted the fourth round of the Trans-AMA Series and Suzuki's Roger DeCoster on top of the 500cc International class, with his U.S. teammate Tony DiStefano second and Honda's Tommy Croft third. In the 250cc Support class another Suzuki rider, Danny LaPorte, was the overall winner.

RCH Racing/Soaring Eagle Suzuki's Ken Roczen wins the Monster Energy Cup in Las Vegas with 1-4-1 finishes in the three motos. Roczen actually finished second in the first main event but Rockstar Husqvarna rider Jason Anderson mistakenly forgot to use the mandatory Joke Lane at least once, knocking him back five positions. Anderson won the second main, then Roczen capped off his night with a win in the final race.

Other key moments that night were a sliding crash for James Stewart that left him with a wrist injury and an early exit, as well as Anderson scoring all three main event holeshots and with them the bonus prize: a brand new Toyota Tundra.

And finally. Today would have been the 80th birthday of Evel Knievel, King of the Daredevils. Not only was Evel a jumper but he was also a race promoter. His Evel Days MX races in Idaho were the richest dirt bike races of the early seventies.