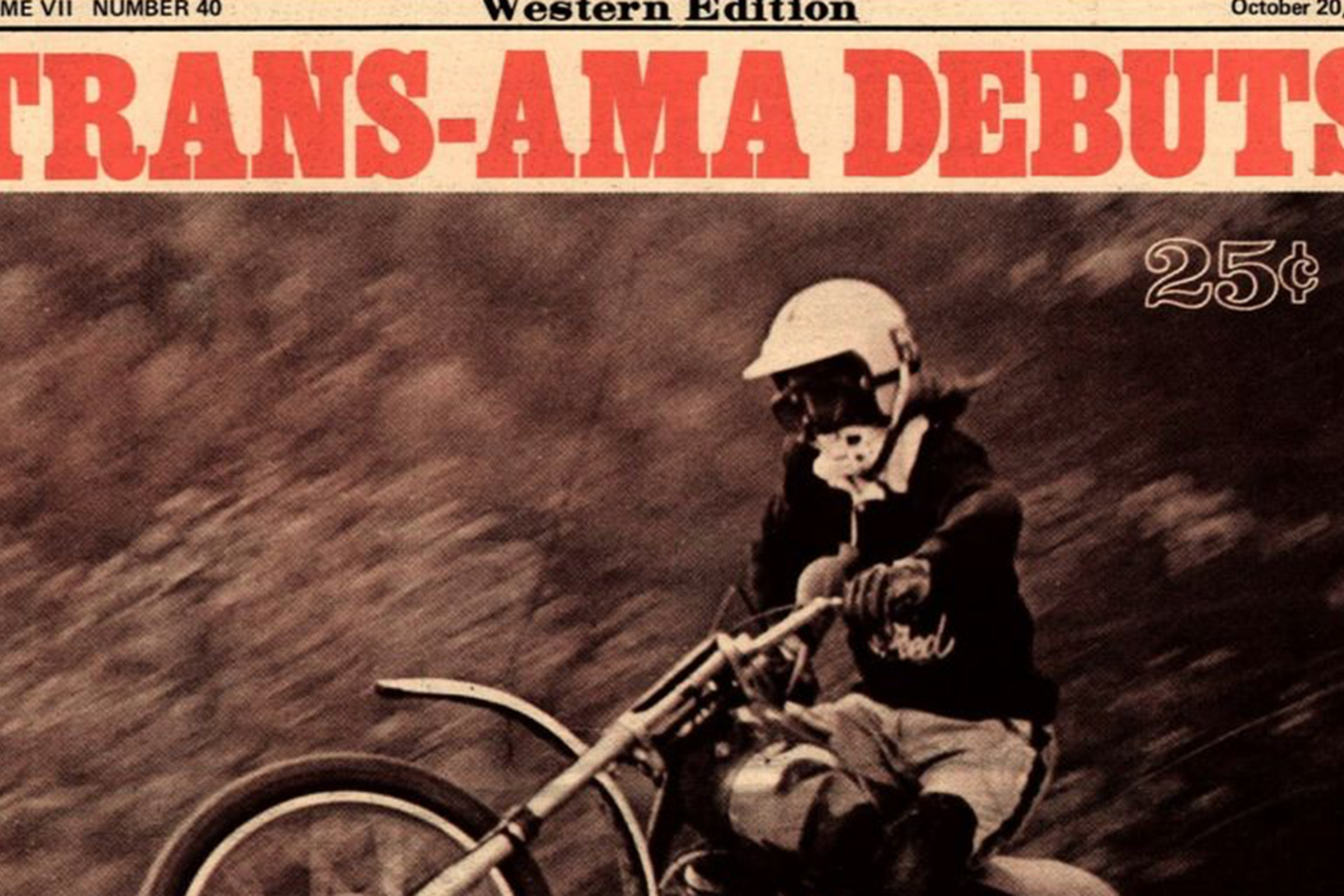 On This Day in Moto October 11

Among the other standouts were Lisa Akin (now Akin-Wagner), who finished sixth and fifth in a couple of 100cc motos but DNF’d another, Maryland's Glenn Taylor, who took two 500cc motos, and Kentucky's Tommy Watts, who won the last 250cc moto.

If you're looking for the very first AMA Motocross ever sanctioned by the association as part of a series, this is it: the opening round of the brand new Trans-AMA Series, held in LaRue, Ohio. At the time Edison Dye's Inter-Am Series was already well-established, but Dye did not have an AMA sanction so he could have full control of the series he founded. The AMA finally decided to start doing its own series, and the Trans-AMA tour was born. Unlike the Husqvarna-dominated Inter-Am Series, the Trans-AMAs brought out 500cc stars like former world champ Jeff Smith of Great Britain and his BSA teammates John Banks and Dave Nicoll. Smith who turned out to be the overall winner, followed by Swedish transplant Gunnar Lindstrom, Nicoll, and Bickers. The top American was fifth-place Bob Thompson.

For some reason the fastest American at that time, CZ rider Brad Lackey, was relegated to the Support class race, which he dominated. He did however get the cover of Cycle News.

That same day, back at Peppereli, Massachusetts, the Inter-Am Series was running and the winners would be Swedish Husqvarna riders Arne Kring and Bengt Aberg, with Maico rider Ake Jonsson third. The top Americans were ninth- and tenth-place finishers John DeSoto and Barry Higgins.