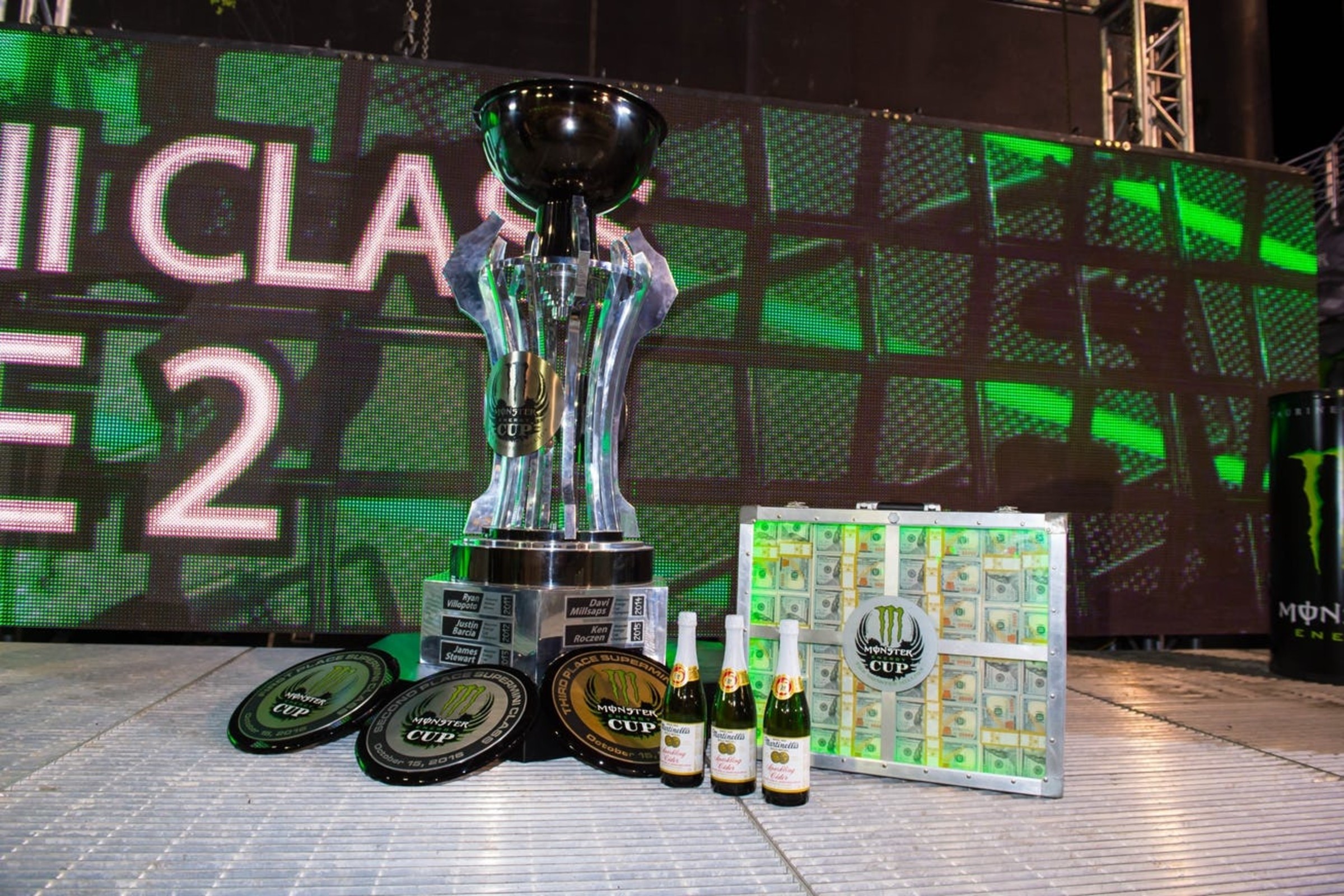 3 on 3 Questions for the Monster Energy Cup

1. What are you expecting from Cooper Webb in his KTM debut?

Jason Weigandt: It's going to be really good or really bad. No in between. If I was gambling on this in Las Vegas, I would give it 85 percent odds of going really well (but of course I'm much too cheap to gamble). Cooper has to be very healthy and ready by now, and he responds well when challenged or doubted. No doubt, he's fired up right now, and after two down years he has a fresh start and the motivation to show everyone what he's got. Some riders don't thrive in situations like this, but Cooper seems to thrive when he’s pushed off to the side as an underdog. Also, historically, riders find their best form in the big-bike class by year three.

The only reason I can't go all-in on Webb this weekend is because it's a new bike and team, and there are many variables in these off-season races. Sometimes guys come in fired up, but then as soon as they hit the track they realize they haven't jelled with their new bike yet. So you've got to account for that factor. But I think the orange #2 can shock some people this weekend.

Jason Thomas: I think it's going to be a step forward. For whatever reason, Coop just never seemed to jell with the big-boy Yamaha. The Yamaha is a tad bigger bike than some of the others, and Coop, like me, isn't a tad bigger than most humans. This move to Red Bull KTM almost happened two years ago, keep in mind, and I have a funny feeling that with every poor result, he wondered if he made the right move. Sometimes a move can change things mentally, even on equal equipment. I think this reset may be just what he needs.

Steve Matthes: I think he'll be good. Will he come out and win the thing? No, I don't think so, but I bet we see an energized, scrubbing, happy Cooper Webb because, well, that's what happens when a rider changes teams. The real story will come early in 2019 SX, where we'll see if this switch worked or not, but I bet we see good things this weekend. Last season Justin Barcia showed up at this race on a privateer Honda and was just sort of there. He didn't stand out much. I predict Webb will do something that makes us all notice. Maybe he'll even fight RV for the right to wear #2 at this race!

2. What are you expecting from Joey Savatgy in his 450 debut?

Weege: Whereas I think Webb will be either hot or cold, I'm calling medium temps for Joey. His overall adjustment isn't nearly as large as Webb’s, because he's sticking with the same brand and surrounding cast as before. So there's not much risk here. The trouble is, where I think Webb is coming out with a shot in the arm to re-prove himself, it sure seems like Joey is in a confidence funk. I think he needs one big race where everything clicks to get his mojo back. Maybe Monster Cup will be it and then he can carry that drive forward.

JT: I don't expect him to shock the world, but as Weege said, a decent level is fair to expect. Joey won several races and was in contention to win several more. He was just unable to consistently produce that and avoid pitfalls, whether from crashing or otherwise. The 450 class is a whole different animal, so time will tell how he slots into the hierarchy. I think he will flash a few times and even possibly this weekend with the lack of depth, but looking at the field he is up against starting in Anaheim, he better be ready.

Matthes: I'm pretty much right in line with Weege here: I think he'll do well but won't steal the headlines. Savatgy in all his glory isn't a flashy type of rider, and I'm sure he just wants to get his feet wet and get some testing time on the new bike. He'll be top ten for sure, and it'll be weird for us to get used to black-on-white #17 with Just1 gear.

Get the Latest Racer X

3. What other storylines are you watching for this weekend?

Weege: Eli Tomac and Justin Barcia have to have a Motocross of Nations hangover, but not the expected one (Aaron Plessinger, by the way, isn't racing Monster Energy Cup). Instead of spending the week celebrating, they've probably spent it figuring out what the hell happened. Their day after the MXoN probably felt like the day after in Las Vegas in The Hangover. Plus, instead of going into hiding while feelings subsided, they'll have to face all the fans, press, and industry again as soon as this Friday. Ouch. Can they put RedBud in the rearview quickly enough to win this race? Further, how much Monster Cup prep did they sacrifice for MXoN prep, and vice versa? (In related news, I heard the reason Plessinger is skipping MEC is because he put his full focus on outdoors on his 250 to be sure he was ready for RedBud.) These guys are going to be facing questions they probably would rather not answer this weekend.

JT: The main storyline I think is how Tomac bounces back after such a tough Motocross of Nations. He will be up against the best of the best (minus Anderson), and Monster, as the title sponsor, definitely wants to win this event. Red Bull KTM's Marvin Musquin and his clean sweep last year wasn't what Monster had in mind. He will need to wipe the slate clean mentally and focus on what's in front of him. As Weege said, he is going to get a lot of questions that he would probably like to avoid—and otherwise would have been able to. My advice would be to address it early and move on. There is more racing left to do and a big task on Saturday. A convincing win at Monster's signature event would go a long way to quiet the naysayers.

Matthes: Ryan Villopoto is racing, everyone! Yeah, that's what I'll keep an eye on. I spoke with him the other day, and he's been riding a lot lately getting ready for AUS-X Open and felt pretty good. He had great times at the Yamaha SX track compared to Justin Barcia and decided, What the heck, why not race? Or maybe it's Monster stepping up for him with a wad of cash? Either way, how will the four-time SX champ do? You KNOW he's confident, right? His entry to the MEC just ratcheted up my interest in this event.