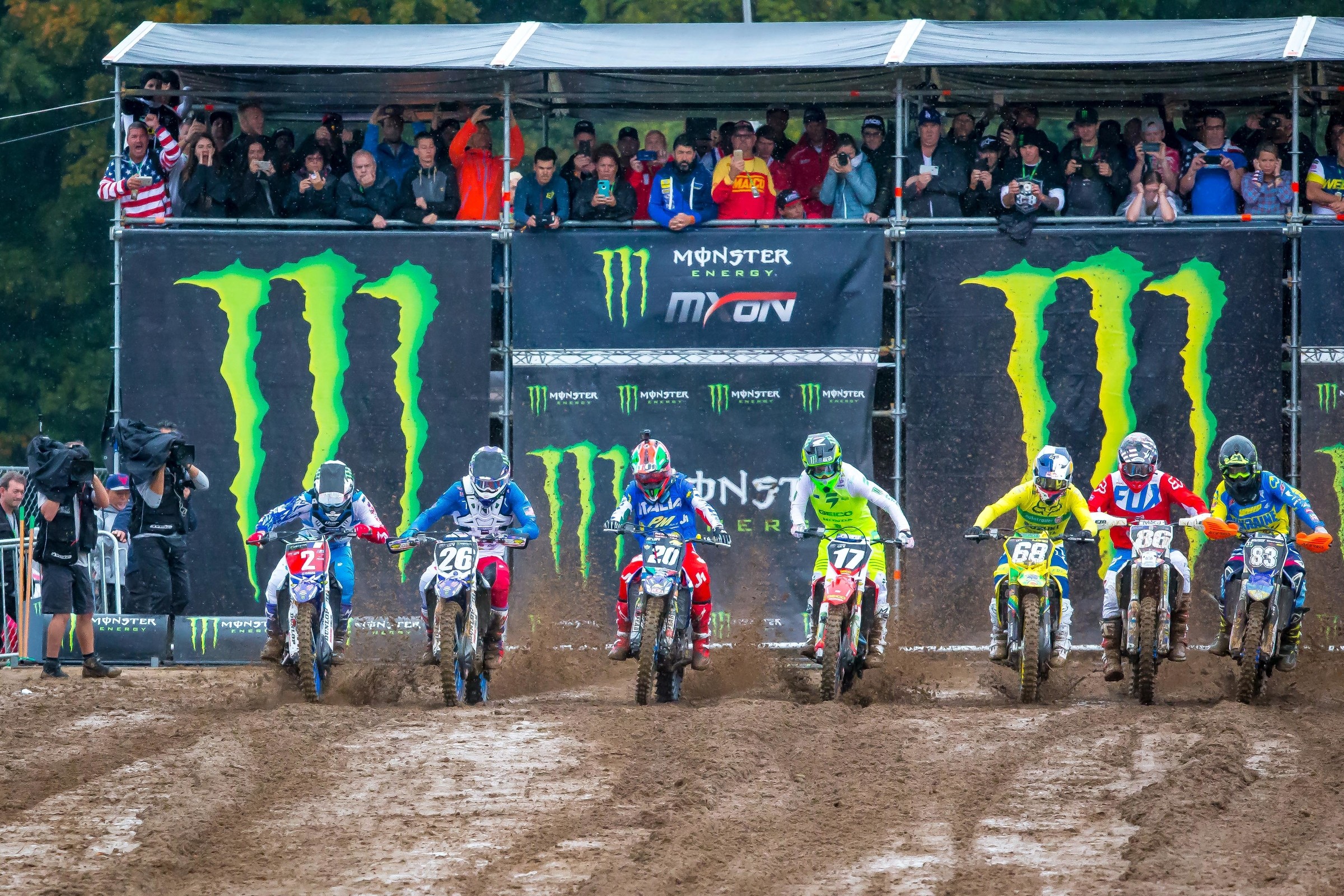 In 2015, the French team won the Monster Energy FIM Motocross of Nations with 14 points. This year, the team won with a score of 35. It was that kind of year. Every team had issues, and that left the fight for the final completely up for grabs. Here’s how it broke down.

The Aussies actually led the points after moto two, but Hunter Lawrence powered a lot of that with strong 2-8 scores while riding MX2 on his new GEICO Honda CRF250R (he’s racing for that team in the U.S. next year). The team also had 14-10 scores from Kirk Gibbs and Mitchell Evans. It would be tough for the Aussie scores to hold up without Lawrence for race three—and then it went to hell when Gibbs got into a pileup moments into the race. He finished 33rd. Australia ended up fourth overall. Still, for a team not expected to contend, it was a strong day.

“Team Australia, we did awesome,” Hunter Lawrence said to our Steve Matthes. “At the start of the weekend I said I’d be happy with a top-five, and we were fourth overall. That’s awesome, considering going into the last moto we were first by four points or something. That for sure would have been awesome to finish on the podium, but hey, at the end of the day, if we were sixth or something going into the last moto and we come out with the result we’ve got, we would be over the moon.”

The Spanish were in contention after the first two motos, but again that was because 2018 MX2 World Champion Jorge Prado was great on his 250F, winning the class overall with 3-3 scores. With Prado’s day over, moto three was tougher, and Carlos Campano and Jose Butron went 22-17. Spain ended up eighth.

Anytime, anyplace, anywhere, the Belgians will be in contention to win this event. They were arguably the favorites by race three, because while they trailed Australia on points, they had strongman Clement Desalle on the gate. Desalle ended up in the same pileup as Australia’s Gibbs, though, and that unraveled into a 27th-place finish. Belgium ended up seventh overall.

This is what the battle came down to. Throughout the third race, the points swung in favor of both teams, mostly hinging on a huge fight between Italy’s Antonio “Nine Time” Cairoli and Alessandro Lupino and France’s Gautier Paulin. These three swapped positions throughout the race, and with it, the overall team win.

Italy was already in a hole since Cairoli went down in the first turn in race one (he rallied back to sixth), but the third moto really stings. Cairoli got stuck in a deep, rutted corner, and Paulin made his move.

“Yeah, unbelievable,” Cairoli told our Steve Matthes. “It’s burning a lot because we had the chance to win, and we lost only for a few points. This is burning a lot. That first moto, with a crash in the start, I threw away the possibility because I was in front and I could easily finish top-three. This was already enough for Italy. Then also Lupino that second moto, he had a start again the holeshot and then mistake on the first lap back to the last and then back to 12th. So we both messed up. We are happy in one side because we didn’t really know if we could race here because of the crash of last week, but I felt strong yesterday and today also when we rode the motos. Only everything has to click together for this race. So many heats and so many things count.”

“I had a good start,” he said. “I was second, and then I was following my teammate. He was first. Then there was one dark corner, and I followed him on that spot and I got stuck there, I was back to fifth or sixth, then after back on a good level. Then some stone broke off my goggles and I had to take it off. Without goggles, it’s so painful. I barely see nothing when I was riding. Then my teammate didn’t really see me that I was in the back, so if he could let me by closer, faster maybe I could stay in front of Paulin and [Max] Anstie. But it’s racing. This is okay. We’ll try to do next time. We have a strong team this year. Chamberlin is riding very good. The future looks good. Lupino is stepping it up also. We’ll try next time.”

By the end of the race, the Dutch 1-2 punch of Glenn Coldenhoff and Jeffrey Herlings were long gone. Paulin gritted out a third, besting both Cairoli and Lupino. That saved the French.

“I just had to give everything,” Paulin told Matthes. “I didn’t know I was fighting with Italy for a few points. In the end, I passed Cairoli and Lupino and stuff and came back. Just gave 100 percent of what I could and give my best. The track was gnarly. That right corner was some black dirt. Every time I was passing there I’m like, my goggles were getting like two years more older. So hard. My helmet was heavier and stuff. Fighting every single second and lap. The lappers were in the middle. I went on LaRocco’s Leap and went in short and my hand guard blocked under my levers. I had to take them off. It was war. I’m not used to seeing that many people in my pit lane cheering for me and stuff. I leave this race [feeling] like a kid, when I see that you can give a win to your country. It’s awesome. Thanks to my teammates, to my country, to America to welcome us. It was a great ride today.”