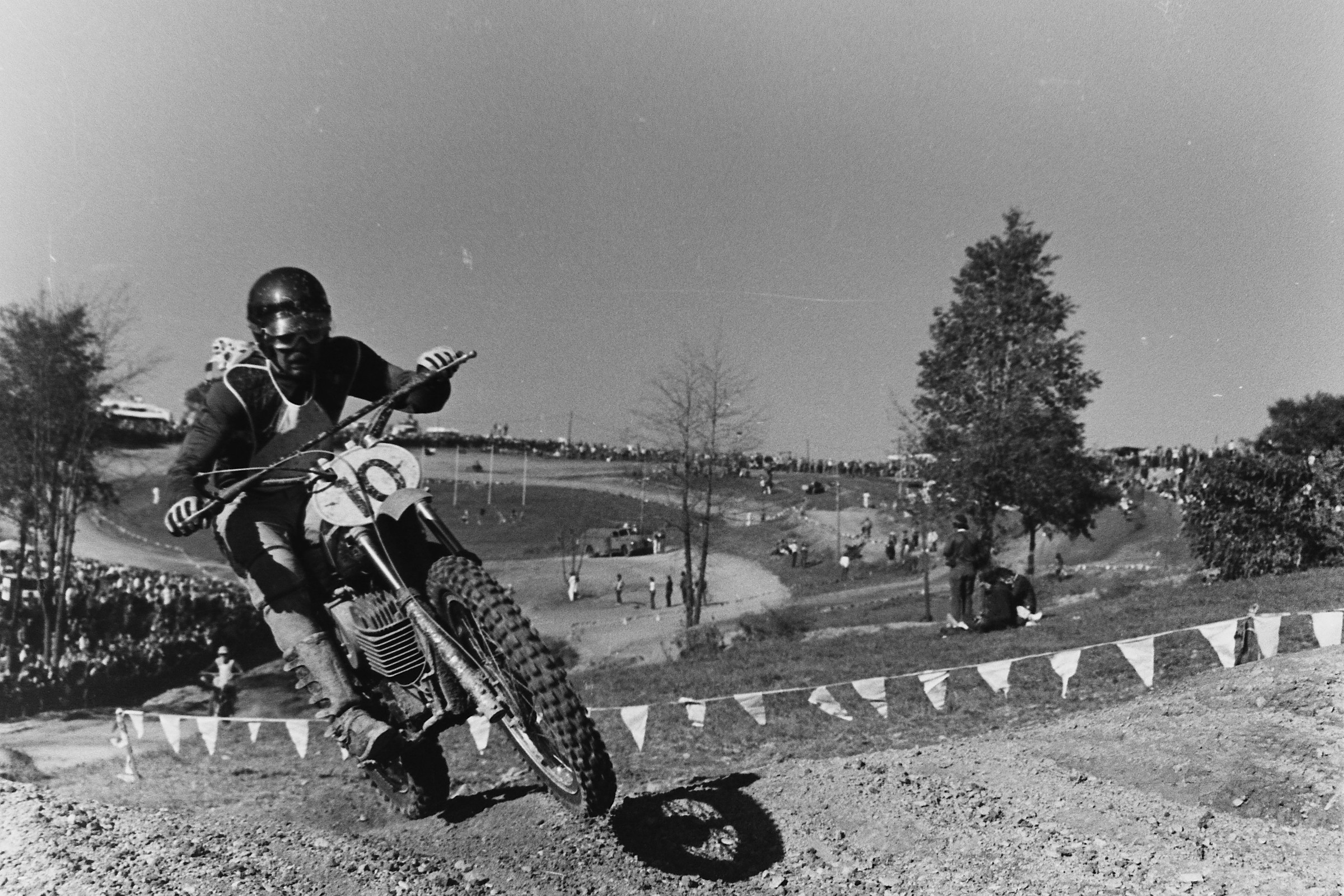 On This Day in Moto October 1

It seems like forever ago, but October 1 was the date last year of a very muddy Motocross of Nations at Matterley Basin in Great Britain. The French team of Gautier Paulin, Romain Febvre, and Christophe Charlier won, giving France four wins in a row at the MXoN after only winning it once in history before 2014. The standout rider in the race was Britain's own Max Anstie, who went 1-1 in the MXGP division. Team USA's Cole Seely, Thomas Covington, and Zach Osborne had no luck along the way and only managed to finish ninth overall.

Here is an excellent documentary of last year's event, focused on the British team. It's called All In and is a great way to get your mind set on the coming Motocross of Nations.

Bob "Hurricane" Hannah stormed into RedBud and won the second round of the 1978 Trans-AMA Series. Behind Hannah came a full team of other cool nicknames from yesteryear: "Bad" Brad Lackey, Marty "Typhoon" Tripes, "Rocket" Rex Staten, and Graham "Rolls" Noyce from England. Sixth-place was Torao Suzuki (we don't know if he had a nickname).

With a name like Torao Suzuki, he probably didn't need a nickname.

Sign up for our newsletter and never miss a new product release or sale.