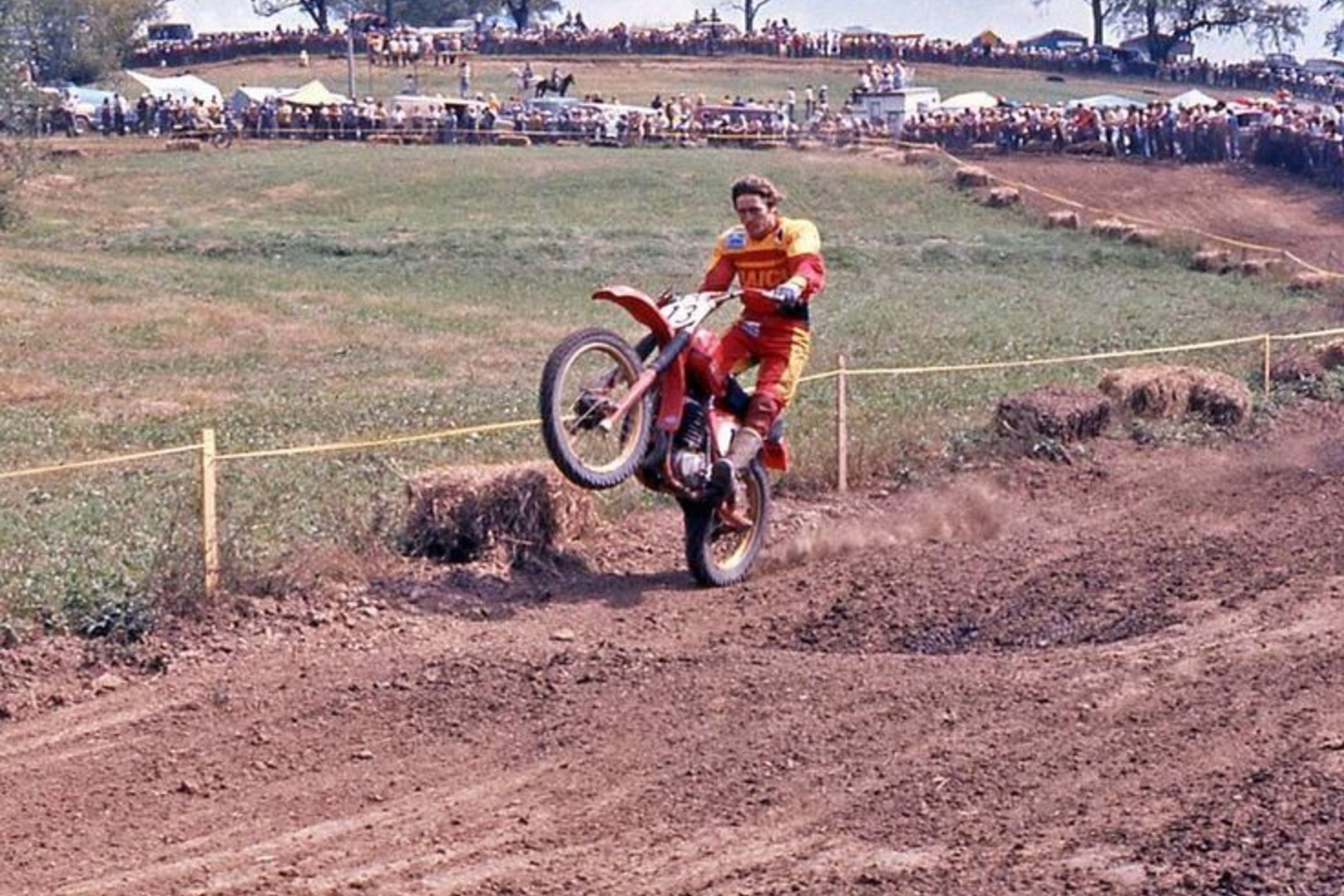 On This Day in Moto September 30

It's a sad day in American motocross as Kawasaki factory rider Gaylon Mosier is killed while cycling near Unadilla. Mosier, a top rider in the U.S. throughout the seventies, was on a training ride when he was apparently hit by a truck. It was a hit-and-run tragedy and the person who hit Mosier has never been identified. He was 27 years old.

Mosier also rode for factory Honda and Maico and was the first Kawasaki rider ever to win a 125 National.

The Trans-AMA runs in Copetown, Canada, less than 48 hours after an under-the-lights Trans-AMA was held in JFK Stadium in Philadelphia. It was a rare weekend "doubleheader" with both events counting for points. The winner at Copetown was German Maico rider Adolf Weil.