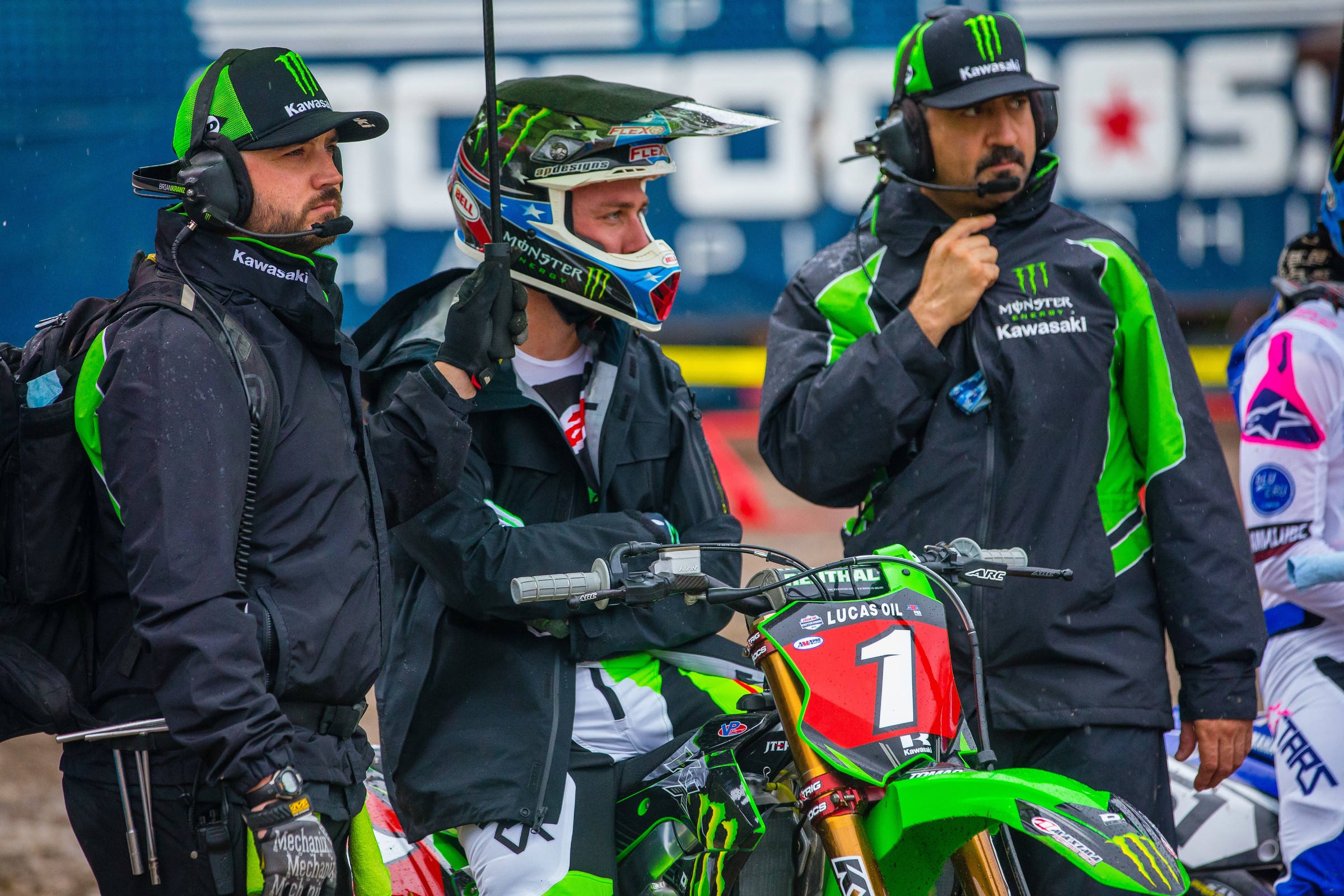 Insight No Rest for the Ground Crew

Across race shops, you can imagine mechanics, truck drivers, motor builders, suspension techs, and other team personnel kicking their feet up and enjoying some much-deserved time off after sacrificing sleep and sanity for the first eight months of the year.

Of course, nothing could be farther from the truth, but without races to prepare for every weekend, what’s keeping these people busy? Well, one of the first things that happens is taking care of everything from the season that just ended.

“First thing, the trucks came back here [the shop] and we tore down the race bikes, because the last race was a mud race,” Weston Peick’s mechanic, Travis Soules, explains. “We went through everything and did an inventory of what we had, what we were going to keep, and what we were going to get rid of.”

“Pretty much the rig gets back and you take everything out of it and start cleaning things,” Star Racing assistant team manager Wil Hahn says. “If there’s anything on the rig that needs to be fixed, you do that. Then there’s the Monster Energy Cup and all that to think about, too, so the mechanics are immediately tearing down race bikes. We’ve also got the Motocross of Nations coming up, with both Dylan [Ferrandis] and Aaron [Plessinger], so bikes have to be ready for that. There’s a lot that goes into it, no doubt. The days might be a bit more lenient here and there, but for the most part, the guys are back at the shop on Monday and we’re still doing our thing working.”

Brian Kranz, Eli Tomac’s mechanic, was back in the shop on Monday after clinching the 450 National Championship at the final national as well. He was immediately charged with building two more race bikes, although if he and Tomac didn’t have the MXoN coming up, he told us he’d probably take the week off before getting back at it. Time is also spent catching on up things in the shop, getting practice and race bikes accounted for, and deciding what stays and what doesn’t.

“We throw away a lot of stuff at the end of the year,” Kranz says. “It’s not something easy to get used to because that’s now how I grew up, but at the factory level, we can’t reuse the old stuff or sell it. So, unfortunately, it just gets tossed in the trash.”

There’s also the matter of the 2018 bikes. With new models already here, teams typically no longer have a need for the previous year’s machine. Turns out they sell them, but not before putting them back to stock and restoring them to almost-new condition.

“If a frame is a VIN frame, those will get put back to stock and used for sale. Basically, all we use from those are the frame, swingarm, and subframe,” Soules says. “When we sell it, it’s pretty much brand-new. The engine hasn’t ever even been run. We don’t use most of the bike at all. The non-VIN bikes, the non-stamped frames we get, we’ll keep those for practice bikes until they’re timed out, and then we’ll destroy them. Engines—the race engines—normally don’t really have that much time on them. They get rebuilt every two races and we alternate between two engines, so each engine really only has about roughly seven hours on them. Those will get rebuilt and used or turned into a practice engine. If they’re starting to look kind of tarnished, they’ll just become a practice bike engine.”

Similar stories are unfolding elsewhere, including at Star Racing.

“We have an awesome new model coming out for 2019 with Yamaha changing the bike, so we’ll clean up these bikes, dial them in, and sell them,” Hahn says. “As far as used bikes go, they’re about as nice as you can buy; they’re basically brand-new. We’ll get those all done and ready to sell, then we’ll move into the 2019 bikes and start tearing those down and turning them into practice and race bikes.”

Don’t expect to find them at a dealer, though, as these bikes are usually sold directly from the team. If you want a Star Racing bike, you’ll probably have to have some kind of team connection—for some reason, Hahn declined our offer to include his phone number in this article for potential purchasers.

Elsewhere in the race shop, there’s plenty of other things happening as well. The frequent arrival of new models means plenty of new parts, which means new parts lists are created, new numbers must be ordered, and space has to be cleared for them on parts room shelves. Inventory that’s no longer relevant gets cycled out.

“People don’t see that, and even as a racer, you take that stuff for granted,” Hahn says, who was a professional racer for many years. “You know it happens, but you kind of take it for granted not being there day to day. It gets overlooked.”

Time doesn’t wait for testing, either, and when we spoke with Soules for this article, Justin Hill was out testing some new things for 2019 that same afternoon.

“Right now, this is the time of year where we do a lot of our next-year testing and we’re doing a lot of 2019 stuff,” Soules said. “We’ve got Justin Hill out on the bike right now testing some new stuff the Japanese people brought over. We’re still on it. We’re still out testing and there are still people on the bikes. It’s a little mellower around the shop, it’s not quite as fast-paced, but it’s still go, go, go.”

The focus quickly shifts to testing and 2019 prep for Monster Energy Kawasaki too.

“After the season, it shifts into testing,” Kranz says. “We have a new bike this year so we are straight into testing.”

Then there’s the matter of dealing with the team trucks. Anything that’s been needing to be handled or fixed but wasn’t during the season gets fixed during the off-season. This process is even more involved if a team has two trucks. When we spoke with JGR, for example, their 250 truck was in Knoxville getting worked on while the 450 rig was receiving a deep clean. Delivering a truck somewhere for repairs may not seem like a big deal, but there are plenty of logistics to consider, including making sure it’s back in time for off-season races the team may be entering, like Red Bull Straight Rhythm or the Monster Energy Cup. Things can get even more complicated if a team is renting their rig out for the Motocross of Nations at RedBud, like CycleTrader.com/Rock River Yamaha is to Team Germany.

“It’s wide-open 12 months out of the year,” Soules says. “The only thing that’s different now is we’ll have weekends off, which is kind of nice for a couple months. But we’re still working 40 to 50 hours at the shop, crunching down.”