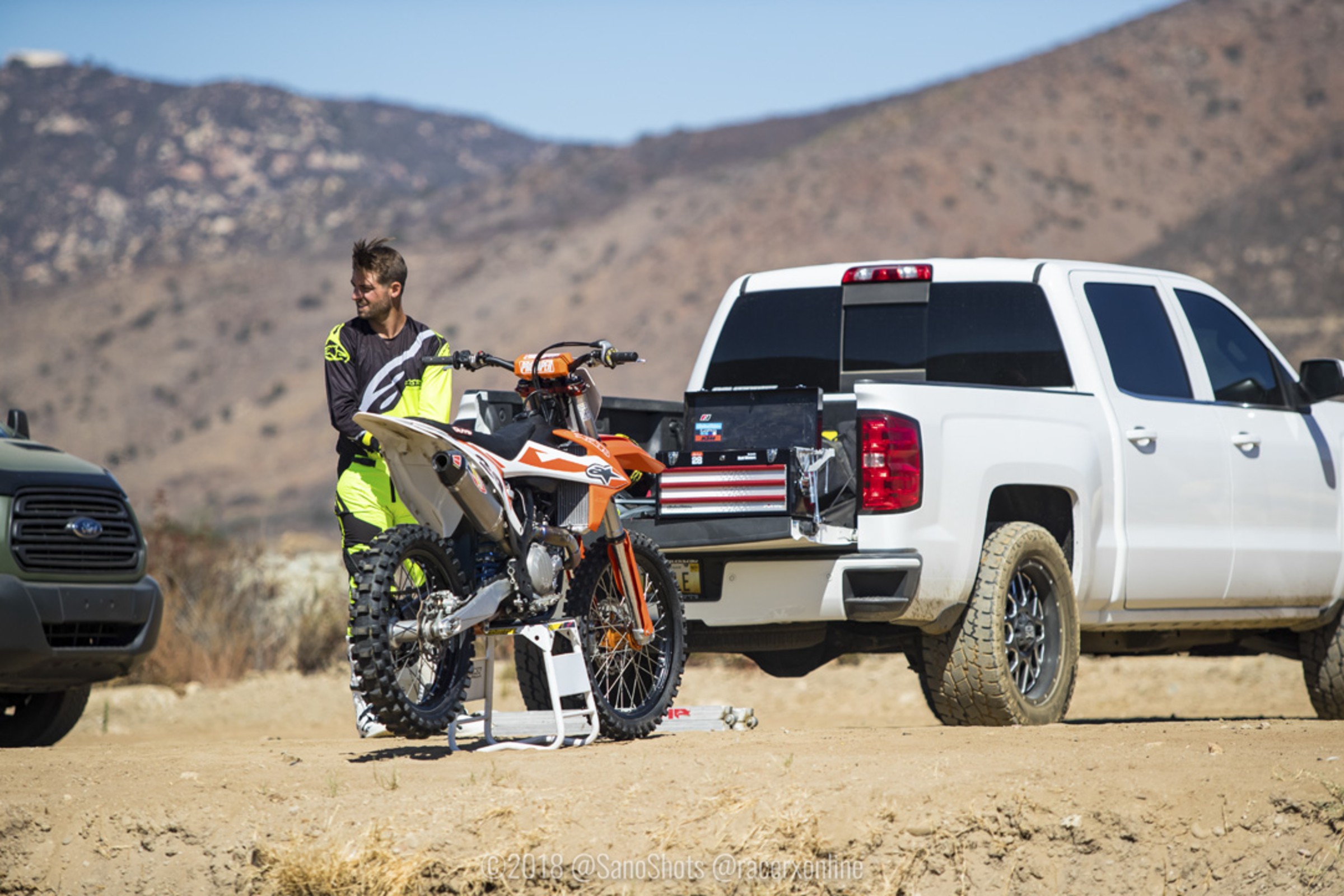 It’s been five months since Broc Tickle was provisionally suspended for testing positive to the banned substance 5-methylhexan-2-amine at the San Diego Supercross in February. He has still yet to have a hearing date set to determine the length of his suspension. We’ve been seeing him quite a bit at the local tracks in California lately and caught up with him to talk about where he’s at with everything and how he’s dealing with it.

Racer X: We’re out at Fox Raceway today. I see you riding, which is good. How’s everything going?
Broc Tickle: Pretty good. I took a couple months and went to Michigan and took some time off from the bike and the whole motocross scene, kind of. Kept training. Having fun riding still, obviously. Just been training, honestly, off the bike quite a bit. Just been bored, so that’s what I’ve been doing when I’m bored.

Where you at with everything? Are you still waiting to hear back from the FIM?
Everything is still up in the air. I still don’t have a hearing date yet. Nothing’s been updated since three months ago. Hoping to figure things out here soon so that we can get the ball rolling and I can make a decision on what’s next for me. I still want to race, so it’s not whether I want to retire or not. It’s which direction I’m going to go racing-wise. So having fun, but ultimately ready to get this over with and get things sorted.

The waiting game is probably really frustrating. From my understanding, even if you were to go race Canada or even a local race here last week, anything with money involved, you’re not allowed?
I can, but I’m going to pay for it. My start time will start after the last event that I compete in professionally to make money. With that being said, nothing against the Slam or Straight Rhythm; five months of my time just sitting around waiting and racing those two races would kind of be a waste for the last five months. Going to take advantage of me being patient the last five months and wait until I have everything situated so that way I can move forward.

You’re on a fresh KTM here today with 17 hours on it. Did you have to go buy it?
I got the bike [from KTM] basically two weeks after Red Bull KTM and I split ways. I’m thankful that I have a bike to ride. The guys over at Troy Lee mechanic-wise are helping me make sure everything is good on it. Definitely got to thank everybody that’s helping me be able to ride this thing and be safe on it.

Without a way to race and make money, you’re still getting some support from some of your sponsors like Alpinestars. Who else is still behind you?
For sure. Alpinestars, Oakley, All Sport Dynamics. There’s just a bunch of people that obviously have been with me for a while. Ultimately, just ready to get back racing and have a plan. I can’t really make a plan right now until I know what my suspension is officially looking like. Just waiting still, and hopefully I can make a decision here soon.

So, three months since you’ve heard anything. Do you keep checking your email and voicemail every two seconds?
No, I haven’t been doing that. It will pop up when it pops up. I kind of felt that way in the beginning that these guys were going to take their time, and that’s what’s happened. So there’s no reason to get panicked or frustrated with the way they’re operating. Obviously there’s frustration, but it ain’t going to do me any good spinning myself out worrying about it.

You been having any fun off the bike?
Yeah, I’ve been fishing a little bit and riding my bicycle quite a bit with some group guys and having fun. The guy over at Roy’s Cycling in Upland, Mike, him, and I have been riding a lot together. So that’s been cool to ride with people that don’t race dirt bikes and kind of just have fun and enjoy cycling.

We did see you at a couple motocross races this summer. Was that hard?
Yeah, Glen Helen, and I went to RedBud. I wanted to go a couple more, but I just kind of took my time wisely away from the racing part and just tried to enjoy some time away from it.

Are you going to be heading over to RedBud for the Motocross of Nations in a couple weeks?
As of right now, I’m planning on it. It looks like I’m going to be getting general admission tickets, though. But either way, I’m excited to go, and I’ll be there.