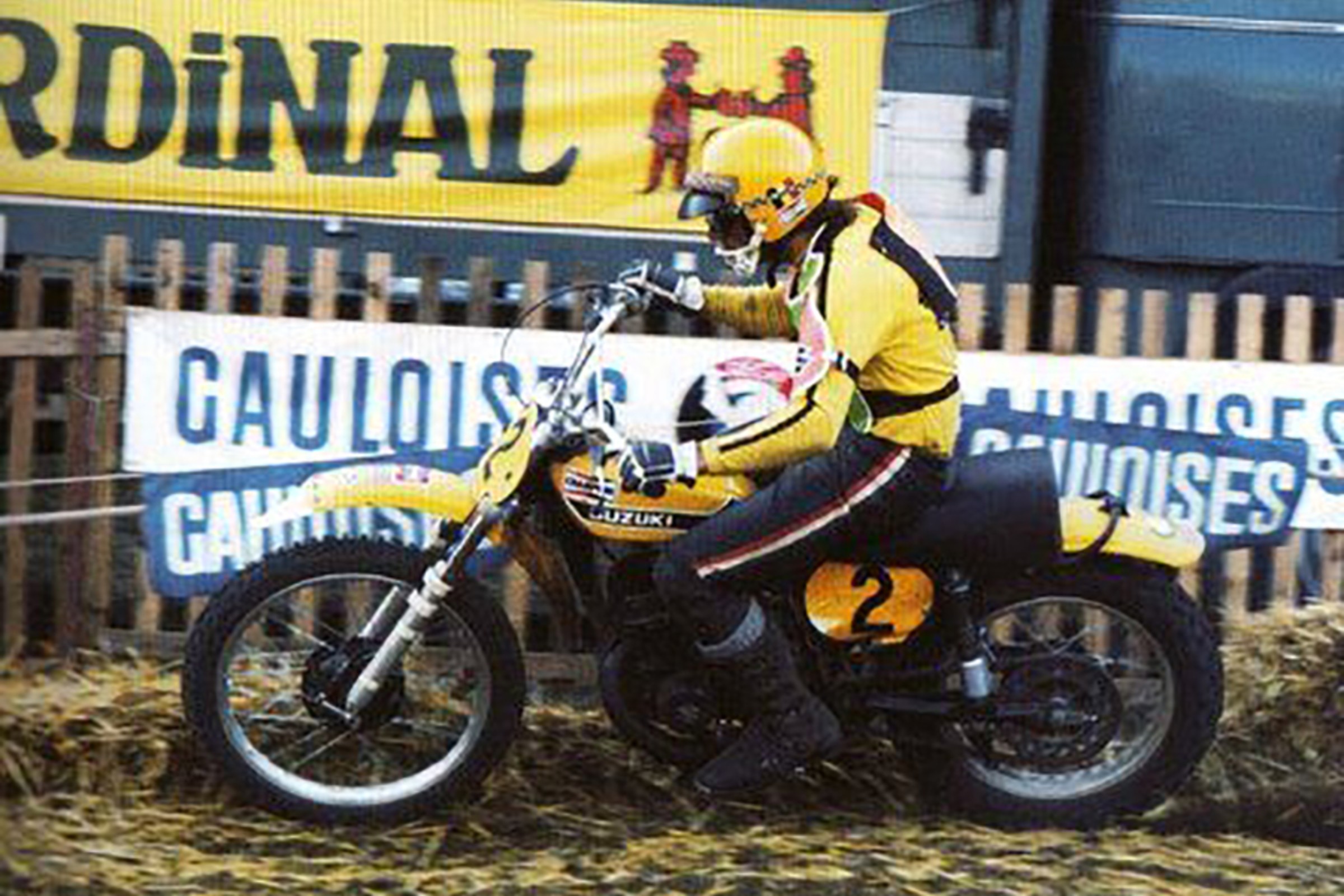 On This Day in Moto September 17

In one of the closest finishes ever, Belgium won the 1972 FIM Motocross des Nations in the Netherlands over Sweden, but only after officials had to add up the times of all four riders on each team to get an overall time for each team. The Belgians—Roger DeCoster, Joel Robert, Jaak Van Velthoven, and Rene Van der Vorst—combined times for the two motos were five hours, 14 minutes and 12 seconds. The Swedish team—Ake Jonsson, Bengt Aberg, Christer Hammargren, and Bert Wallner—was five hours, 14 minutes and 21 seconds. The individual overall winner with 2-1 moto scores was Suzuki's DeCoster, with Maico's Jonsson second with 3-2 finishes.

The United States team of Gary Jones, Brad Lackey, Jim Pomeroy, and Jimmy Weinert finished seventh in the team tally, and Lackey had the best individual finishes with 8-13 scores.

The final round of the FIM Motocross World Championship played out at a rain-soaked Grand Prix of Pays de Montbeliard in France. Having clinched his ninth world title a round early in Assen, Antonio Cairoli had one of his worst rounds of the year. Following a tip-over and sixth in moto one, AC crashed and had to withdraw from moto two. In the end, it mattered little, as the MXGP legend had already earned the spoils of another world title.

The MXGP overall went to Jeffrey Herlings over Tim Gajser and Max Anstie. Romain Febvre and Gautier Paulin would round out the top five.

There was still work to be done in MX2 for Red Bull KTM’s Pauls Jonass. The 20-year-old finished fifth in France and clinched his first world title—and became the first rider from Latvia in history to win a world title.

The MX2 overall belonged to American Thomas Covington, who used great starts to claim the overall with 1-2 finishes. A pair of Australians—Hunter Lawrence and Jed Beaton—would round out the podium.

Kiara Fontanesi earned her fifth world title in dramatic circumstances that summed up a crazy and unpredictable season. The Italian was one of four riders divided by just five points coming to France. She took the overall with 1-3 finishes to beat out Livia Lancelot and Courtney Duncan.

Sign up for our newsletter from our new site.