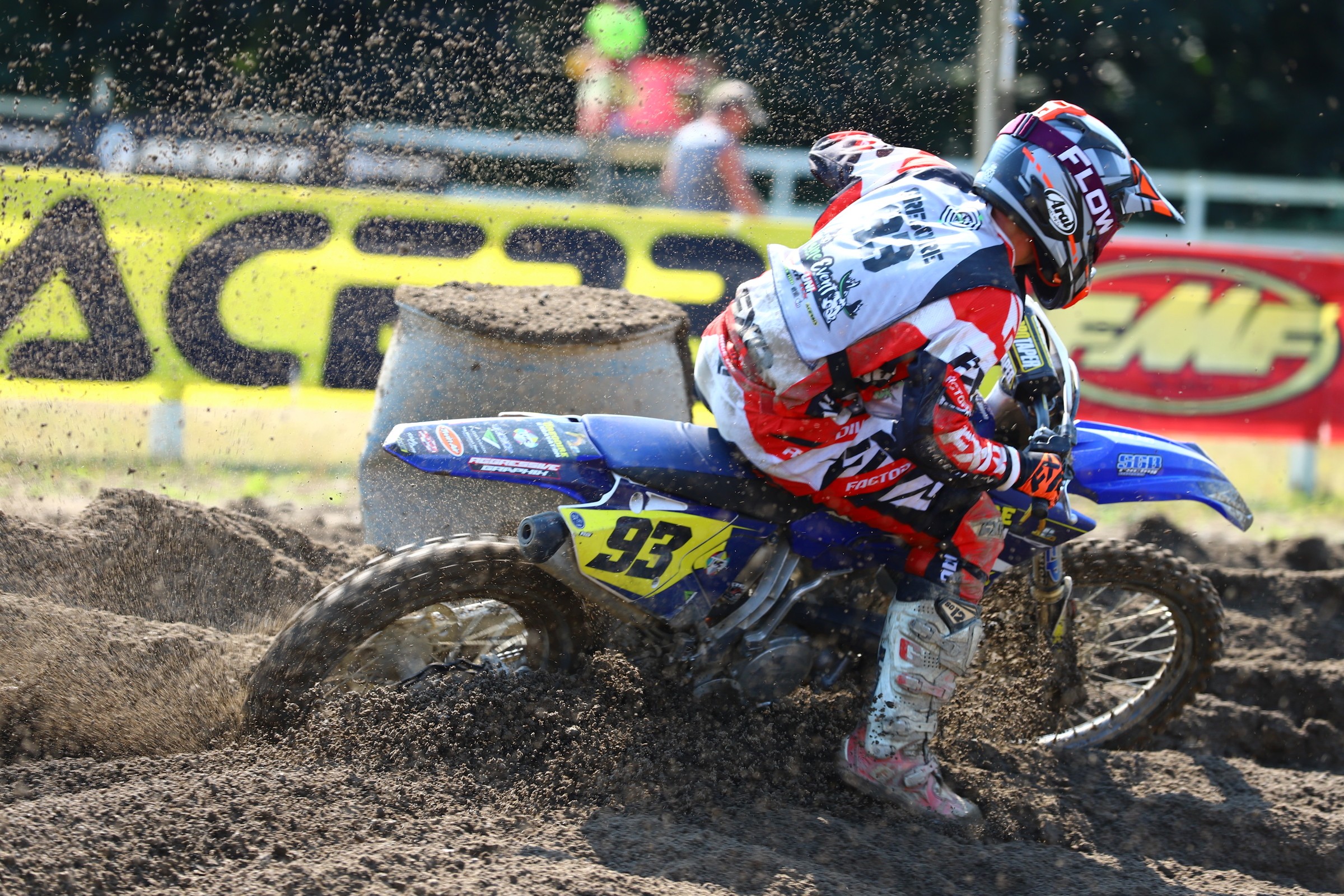 One year ago, we entertained the idea of backing a big local race and seeing what type of competition would come out of the woodwork. We selected a few top prospects in multiple classes to wear All-Star bibs to be the ones all the others were going after. That was the first rendition of the Racer X Maine Event, and this year, we brought it back again.

The 2018 Racer X Maine Event, presented by Uni Filter, is a full weekend of action for anyone who loves racing. Seemingly everyone in the New England area came out to see what they had to offer up against their fellow competitors at MX207 in Lyman, Maine. It’s a unique format for this race, too—with four motos to tally up your overall score over two days, the results are going to come down to consistency more often than not. To start off the event, Friday acted as a practice day, where everyone gets track time to get their bikes and setup dialed in for the weekend of motos. Then on Saturday and Sunday, each class would get two motos out on the track.

As with last year, the weather couldn’t have been better—upper seventies on each day and sunshine to boot. Being near the Atlantic Ocean, each morning brought in a pretty thick marine layer of fog as well, usually burning off by around 10 a.m. Moto after moto would click off for two days to see who ended up on top.

Prior to the event, Danny Stuart and the MX207 crew gathered up a huge EJP pro purse of over $15,000 from a ton of local partners and sponsors for the coveted 250 A and 450 A classes. With the cash on the line, it was bound to be intense racing to see who would come home with a fat wallet. Gate drop after gate drop, Connecticut’s Chris Canning turned out moto win after moto win. KTM-mounted Canning cleaned house and swept both 250 A and 450 A classes by winning every single moto. His races were impressive, to say the least, with great starts and the ability to sprint out to comfortable leads each time. He was simply unstoppable in the rough conditions that the sandy base of the MX207 circuit offered.

There was no catching Canning this weekend, but that didn’t mean the races were yawners by any means. Behind Canning was a freight train of riders vying for podium positions, as it was battle after battle between the likes of Ryan Dowd, Stephen Czarnota, Kyle Murdoch, and Bryton Carroll. They would swap positions lap after lap, with Dowd getting the better of the rest and notching second overall for both classes. Florida’s Ramyller Alves also entered the fray a few times, but crashes and pileups knocked him out of contention come Sunday.

Some really impressive talent was on hand in the younger classes, too. Nate Thrasher, who took a recent star turn by dominating the Supermini classes at Loretta Lynn’s, took the long trek up from Tennessee to get in some testing in with Factory Connection, as well as go racing at the Maine Event. As the AMA Motocross Youth Rider of the Year award winner from Loretta’s, Thrasher had the target on his back as the rider to catch wearing an All-Star bib. After a successful minicycle career, this was his first race on a 125, and he came out swinging.

Thrasher entered both the 125 Two-Stroke and Schoolboy (12-17) B/C classes, and each time out was swapping positions and moto wins with Massachusetts’ Justin Cokinos. Cokinos, one of the strongest riders from the region, and Thrasher were pushing each moto, with passes back and forth for moto wins. Thrasher ended up winning each moto in the 125 Two-Stroke class, but Cokinos ended up on top of the Schoolboy class.

In B, it was Hunter Calle and Brandon Gregoire who put on a show batting for moto wins and overalls. In SuperMini, there was no stopping Kawasaki’s Justin Allen who decimated the field by winning each moto. In 65s, it was New Jersey’s Canyon Richards winning two titles, and then on 50s, Kevyn DePinho couldn’t be held back.

When it was all said and done, the 2018 Racer X Maine Event, presented by Uni Filter was exactly what we were hoping for. Great racing, impressive talent, weather for the ages, and a rough track that wasn’t afraid to show its teeth and let the cream rise to the top. We were glad to be a part of it.

You can check out full results from the event here.