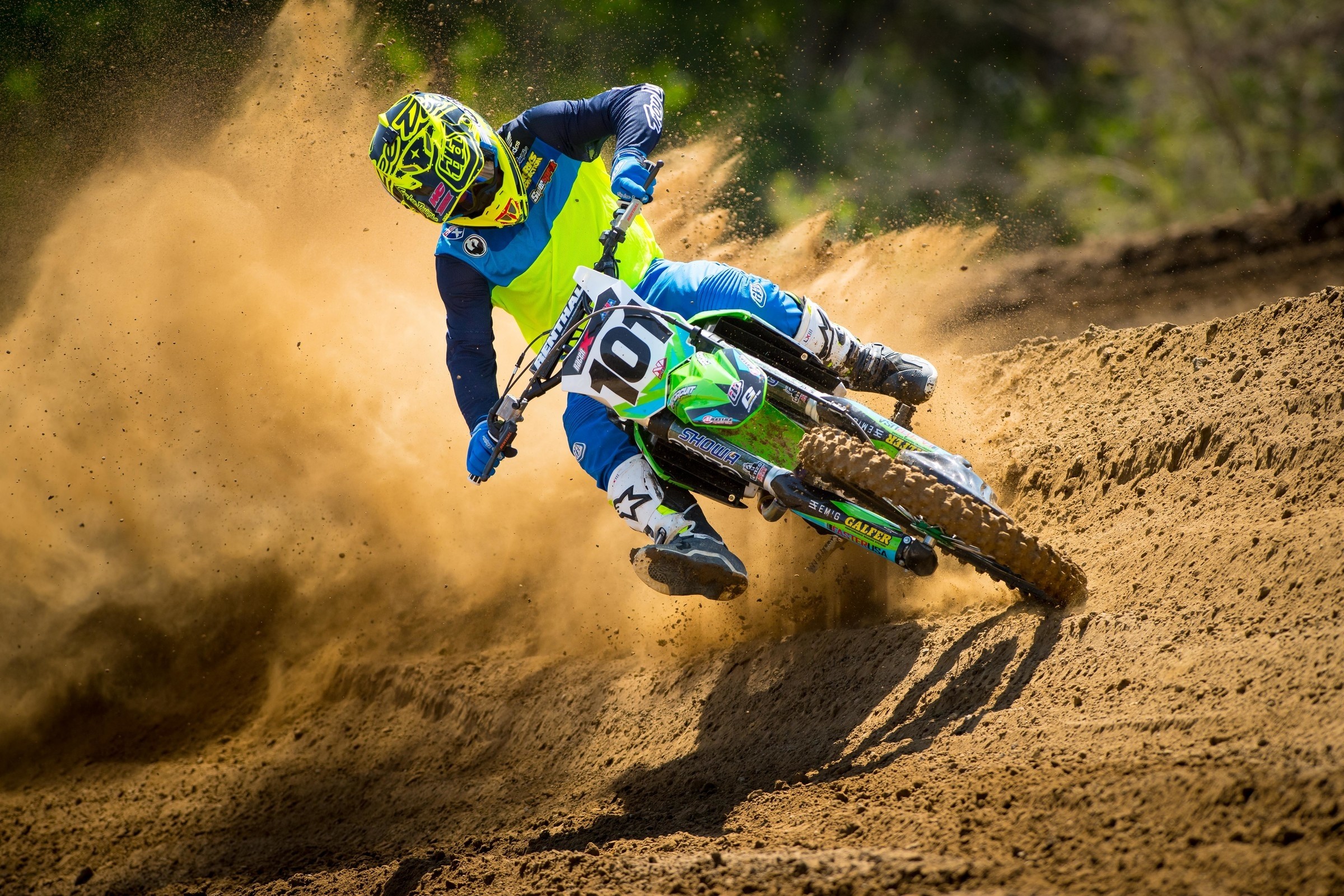 Glad you mentioned in this week's section that you don't need the hot air blown up your derriere… that means I don't have to just ramble on about how much I love the non-PC responses you make. What I really want to ask is, why you are so supportive of the Australian MXoN bid?

Obviously, when you said "get out there and support the red, white, and blue! Both of them!" you were talking about the Australian flag and our all-conquering (well, at the beer tent, maybe) MXoN team. And because I know you are such a good sport and would fit in down here in the antipodes so well, I assume the second red, white, and blue must be for our mates the New Zealanders? Anyway, I am sure that all the red, white, and blue teams are just that bit better off now. Cheers.

Ah, you cheeky bugger. How do you know I wasn’t talking about France? Or the Brits? Or another of the dozens of countries whose flags are red, white, and blue? Or maybe I was intentionally making a blanket statement with those colors as a politically correct comment so as to not offend anybody?

Well, we all know I wouldn’t do that. Honestly, I’d have a hard time supporting the Australian team this year after they told Reedy “no thanks” when he threw his hat in the ring. Let’s just be honest: There isn’t another Australian MXGP or Open rider who is going to post a better finish than Chad would have, and he would be a crowd favorite. This misstep isn’t as egregious as France passing on Marvin, but it’s close. Good luck to you Aussies… I’m sure you’ll crush them. At the beer tent.

Writing this on the 9/11 anniversary, I always think of what you guys might have to deal with at any time, so thanks. I dig the history of the sport, and I dig seeing what [Jeffrey] Herlings is doing, but I don't necessarily dig them together. I don't mean to diminish what JH is doing, but to say he won a “record” number of races in a season when there's 20 races compared to 12 or 16 doesn't equate historically. I know there isn't much that can be done about this; just looking for your perspective.

Thank you for the thoughts, sir. I agree 100 percent with your concern about historical comparisons. Unfortunately, as the series on both sides of the pond grow, they expand in number. It always rubbed me the wrong way that guys like Ricky Johnson, Jeff Ward, Broc Glover, etc., were being passed by on the win lists by current riders who are competing in twice as many supercross rounds in a season as those guys did in the eighties. If there were 18 rounds way back then, how many wins would RJ, Wardy, Hannah, Bailey, O’Mara, and Glover have? In the case of the GPs, how many more rounds would Everts have won? DeCoster? Harry Everts?

Sometimes I think looking at winning percentage is a better gauge of a rider’s dominance, for bench racing’s sake. I don’t know how much Herlings will pound his chest about his “record,” but knowing him, he’ll likely have it tattooed across his back and have the Goodyear blimp circulating above RedBud with the stats from his season going across the ticker. I believe little Jeffrey is the fastest motocross racer on the planet right now, hands-down. But he’s been a bit of an a-hole off the track in the past, so I’m watching to see what kind of ambassador he’ll end up being for the sport when he “grows up.” Either way, I wouldn’t bet your money against him winning both of his motos next weekend.

I am a former motocross racer and current road bike "roadie" in the great Tar Heel State.  I enjoy reading about the level of fitness in current motocross circles. Road cycling seems to be a huge part of the fitness program. Question: With KTM in the road/mountain bike industry, why wouldn't KTM have Ryan Dungey and Marvin Musquin on KTM cycling machinery?

You have to respect a guy who spends all his free time riding around in rubber shorts. Any time I hear the word “roadie,” I think of Ivan Tedesco, Michael Brandes, and a couple others who used to go out to bars/restaurants in their road biking kit to watch people’s reactions. The nineties were just a different time, I guess. Any racer at the pro level has logged long miles on road bikes because after hammering motos all weekend and several days per week, you need a zero-impact type of training where you can focus on cardiovascular fitness. And swimming is tough to do for 30 minutes, let alone two hours at a time. Concept 2 rowers and Ski-Ergs are incredible tools as well, but they are better suited for shorter, high-intensity training than long, steady sessions.

Anyhow, to answer your question, the bicycle products under the KTM name are run by a whole separate company, essentially. It seems like it would be a no-brainer to have KTM guys training on those bikes to help promote the brand, but I guess I’m missing something. When I first saw the KTM mountain bikes, I asked about getting one to test and put in Racer X in a training article. They didn’t even bother sending emails about it; I got shut down like Wil Hahn hitting on a tall girl while he still had his braces on. (Speaking of which, I hear Wil is absolutely slaying the gals since he debuted his new, straight-as-an-arrow pearly whites. Way to go, Wilbur.)