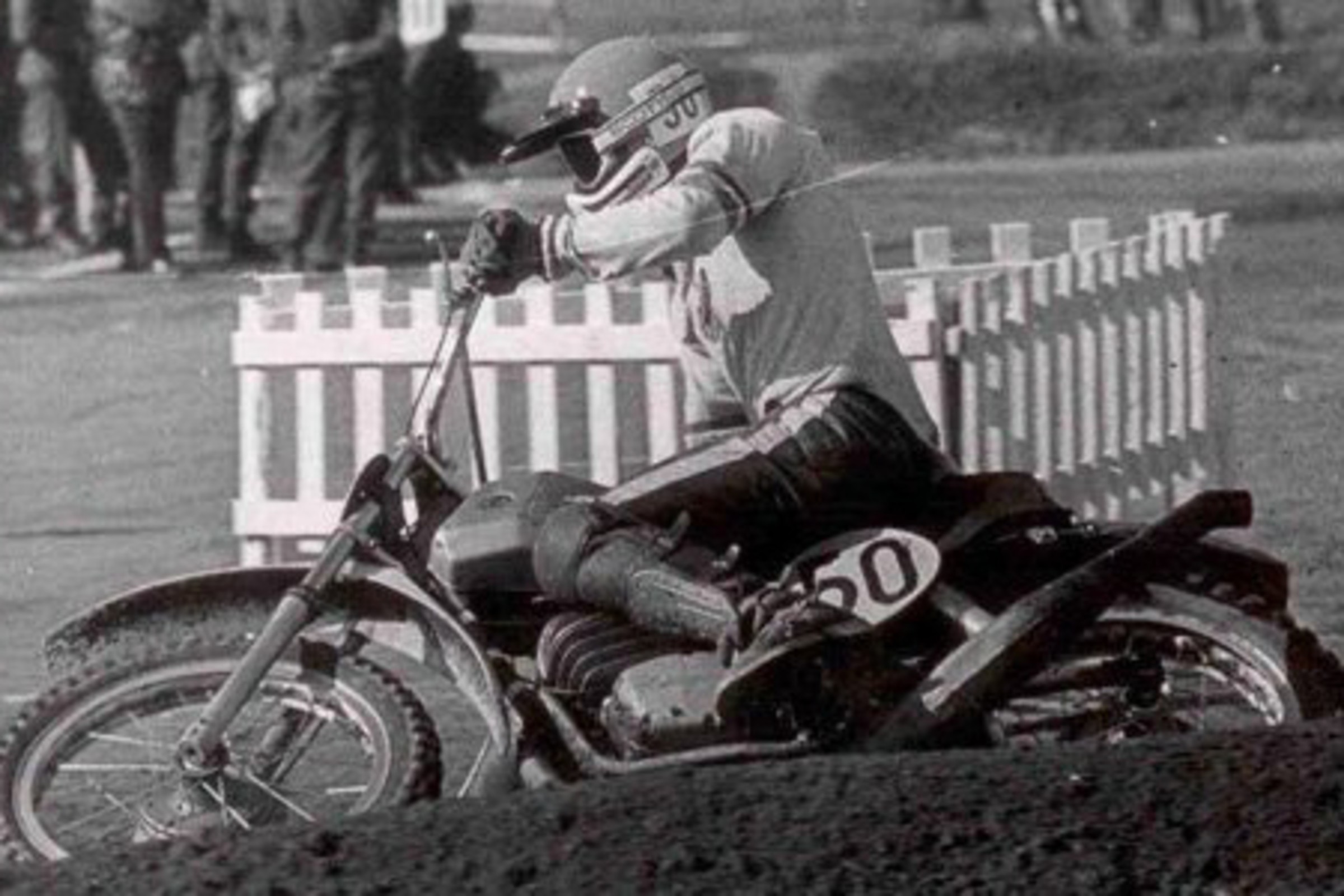 On This Day in Moto September 14

Jeffrey Herlings somehow lined up to race the last MX2 Grand Prix of 2014 in Mexico in a bid to hold onto his points lead, which had been dwindling over the last three rounds as he had to miss the races with a broken femur. He was hoping to stay ahead of KTM teammate Jordi Tixier, who had only been able to win one of the 16 previous rounds to Herlings' 12 wins in the 12 rounds he'd finished. But despite his heroic efforts to even finish, Herlings' 14-10 scores couldn't keep him ahead of Tixier, who took the points lead in the very last moto with 1-3 moto finishes to take the overall and the world title from Herlings.

It was a beautiful day in Belgium, yet somehow the 1997 FIM Motocross des Nations in Nismes was a mud race. A healthy, heavy pour of water started on Saturday after qualifying and never really stopped until just before practice on Sunday, and even then it continued on the start stretch. It led Team USA's Roger DeCoster and others to complain, but to no avail. An out-of-sync Team USA trio of John Dowd, Jeff Emig, and Steve Lamson never really jelled—with the exception of Emig's runner-up finish to Great Britain's Kurt Nicoll in the first moto—and the U.S. team finished eighth. This was the team's worst finish since they returned to the Nations in 1981, and the worst until last year's terrible ninth-place finish in the mud in Great Britain.

The winning team was the home trio of Stefan Everts, Joel Smets, and Marnicq Bervoets, but the standout rider was Germany's Pit Beirer, who swept both 250 motos on his Honda CR250. Beirer is now the motorsport director for the juggernaut that is KTM.

Even though the race was being held in Czechoslovakia, few thought the home team would win the 1975 FIM Motocross des Nations. The Czechs were known to be fast—but only on 250s, as their state-issued CZ motorcycles were never quite right as 500cc weapons. Plus, they didn't have their best rider, the star-crossed Jaroslav Falta. But on this day in 1975, Antonin Baborovsky had the race of his life, going 1-1 to win the individual overall and leading the Czechs to an upset win. Zdenek Velky ran third in the first moto, Jiri Churavy fourth in the second stanza, and Miroslav Novacek was seventh in the first moto, all in support of Baborovsky.

The Americans' luck was terrible in this race, and so was Germany's, as Adolf Weil snapped his lower leg when it got stuck in Brad Lackey's rear wheel. It was so bad that the medics and mechanics had to take the rear wheel off Lackey's Husqvarna after the ten-bike pileup.

And finally, look who made a cameo appearance in the weekly Cycle News cartoon "Motocross Cat"—Wonder Warthog!