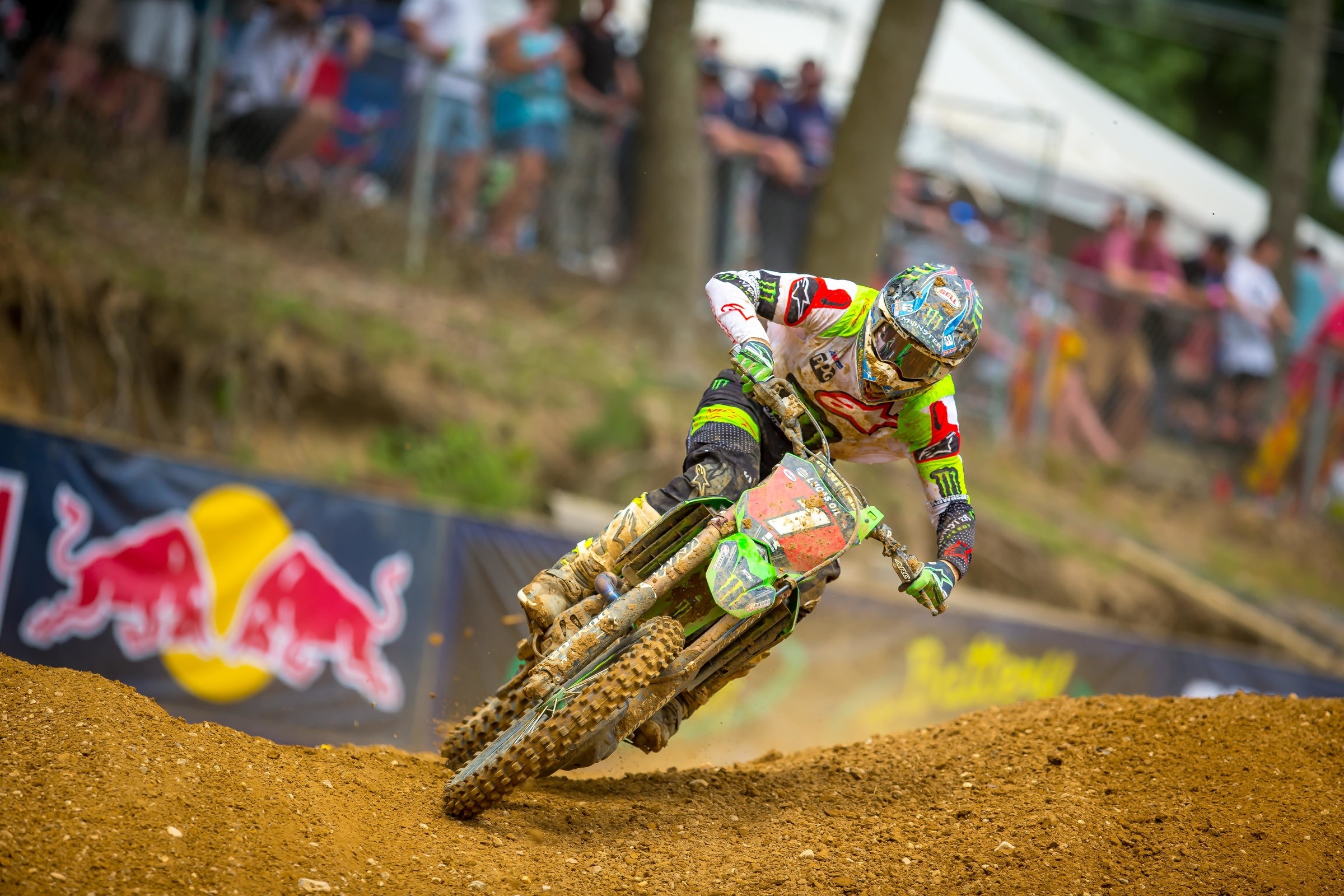 You know the story of Budds Creek by now: Eli Tomac put in a animalistic charge in the second moto to capture the 450 overall, just nipping Ken Roczen. Aaron Plessinger wrapped up his first career 250 Lucas Oil Pro Motocross Championship and RJ Hampshire won his first career 250 moto and overall.

Tomac vS. Baggett vS. Roczen vS. Musquin

You could see it coming. We've seen it before, so we knew the signs. Eli Tomac started slow in the second moto, then it clicked and he began putting in insane laps. At times, he was putting more than three seconds a lap on leader Ken Roczen. Tomac took over the lead on lap 12 and then took of.

Also worth noting is Blake Baggett's charge to get second. He set the second fastest lap of the moto on lap 14! Insane.

Hey, we have lap times for the 125 All Star race. The class was outfitted with transponders on Saturday, so we got a glimpse of how the smokers stacked up against the four-strokes. Keep in mind, the 125 race went off prior to the start of the motos and had a much easier track to ride.

See how the top ten quickest laps from the 125s stacked up.