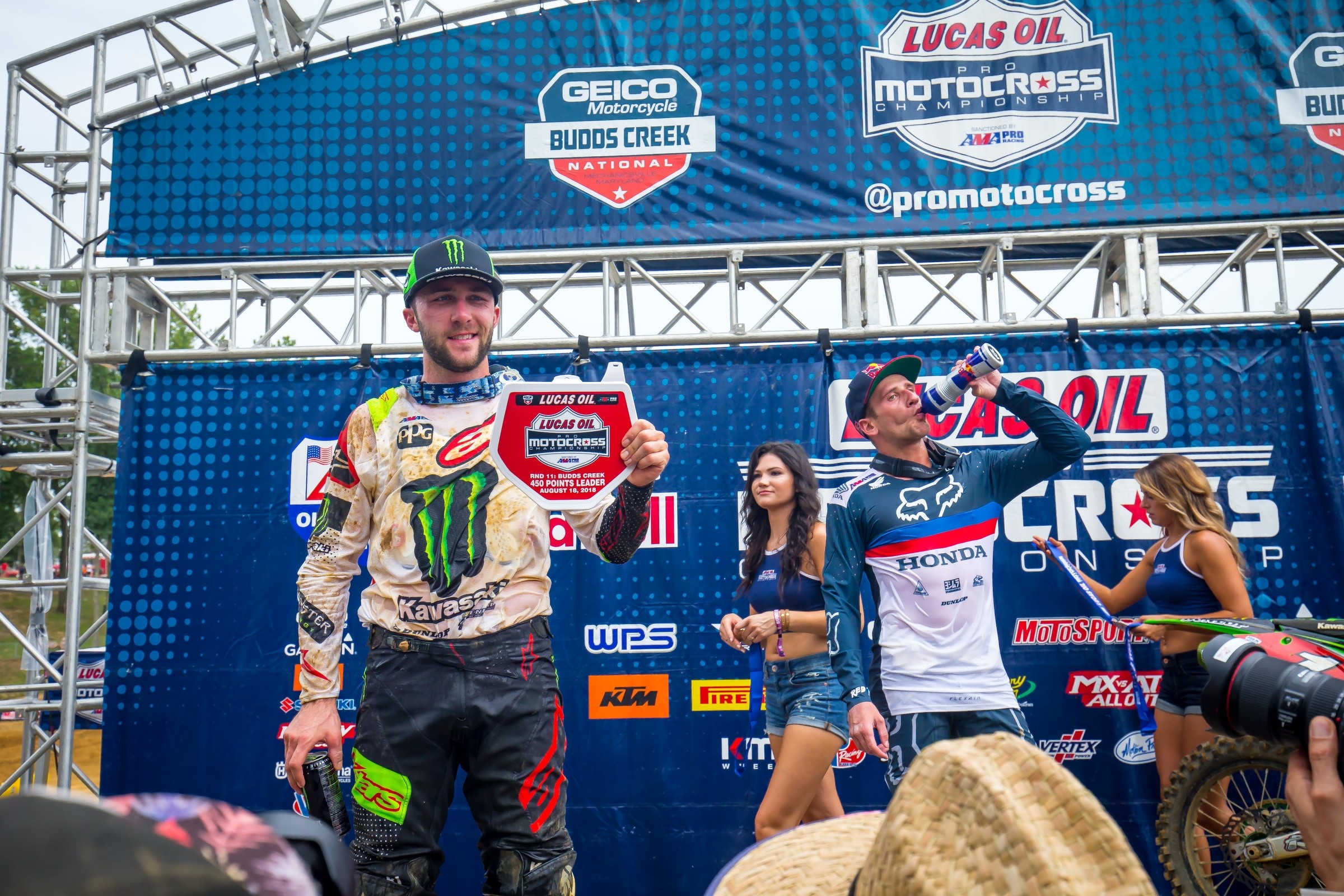 Round 11 of the Lucas Oil Pro Motocross Championship took place just outside the nation’s capital at Budds Creek on Saturday, and Eli Tomac extended his points lead to 20 with just a round to go. Tomac put in another come-from-behind performance to take the second moto win and the overall.

Ken Roczen won the first moto and lead the second moto before being passed by Tomac. He lost second late to Blake Baggett—and the overall in the process—and took second overall with 1-3 motos. Marvin Musquin suffered a crash earlier in the week and struggled late in moto two. He finished third overall.