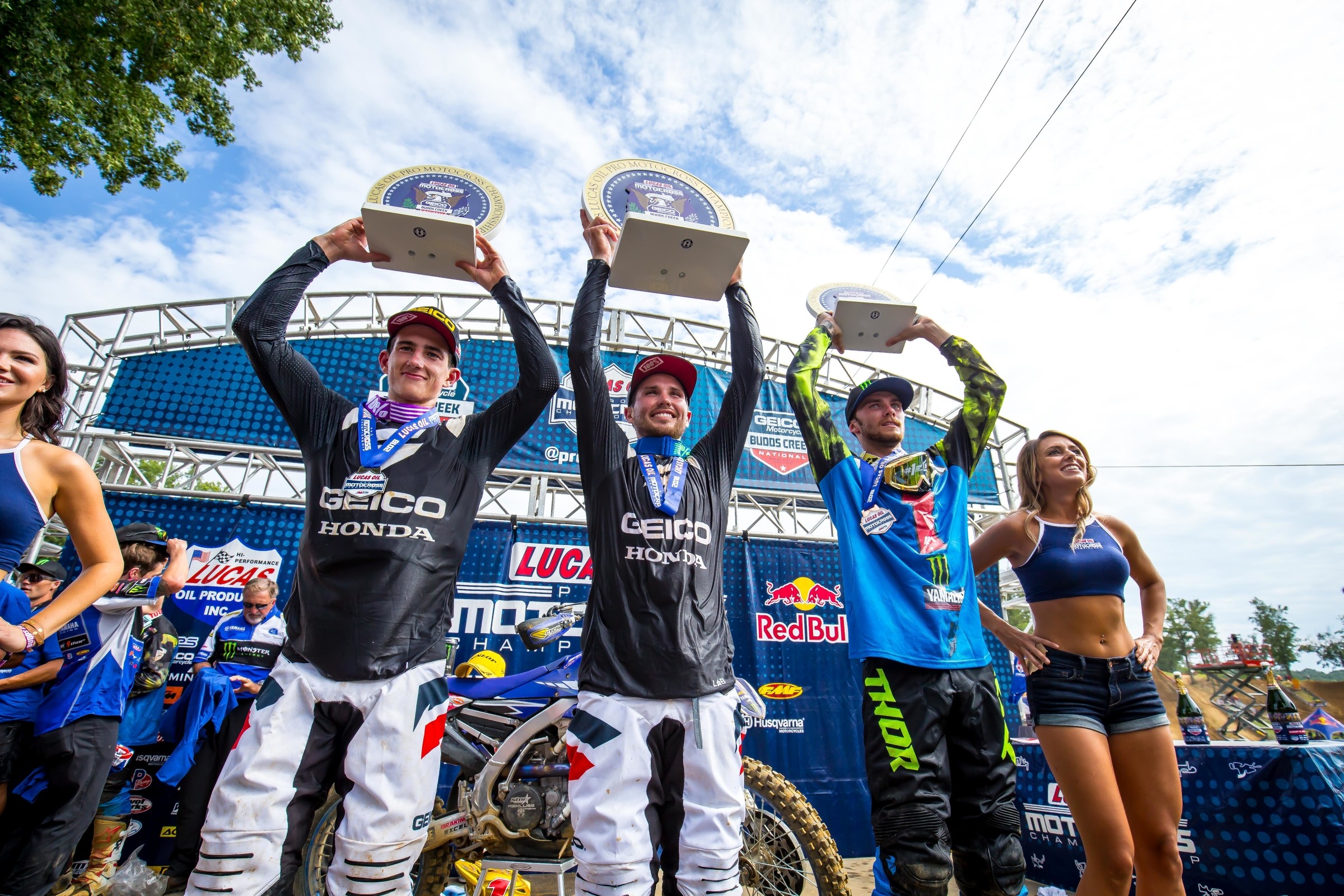 With a first moto win at Budds Creek on Saturday, Aaron Plessinger clinched his first career 250 Class Lucas Oil Pro Motocross Championship with a round to spare. AP lead the second moto as well, but fell back to fourth, then crashed, and ended up finished 11th, which was good enough for third overall. It didn’t matter, as the hard work was done in the first moto.

GEICO Honda’s RJ Hampshire rode to a strong second in the first moto and then passed Plessinger in the second moto and held off his teammate, Chase Sexton, to take his first career moto win and overall. Sexton rode to a solid second in the moto and captured second overall.