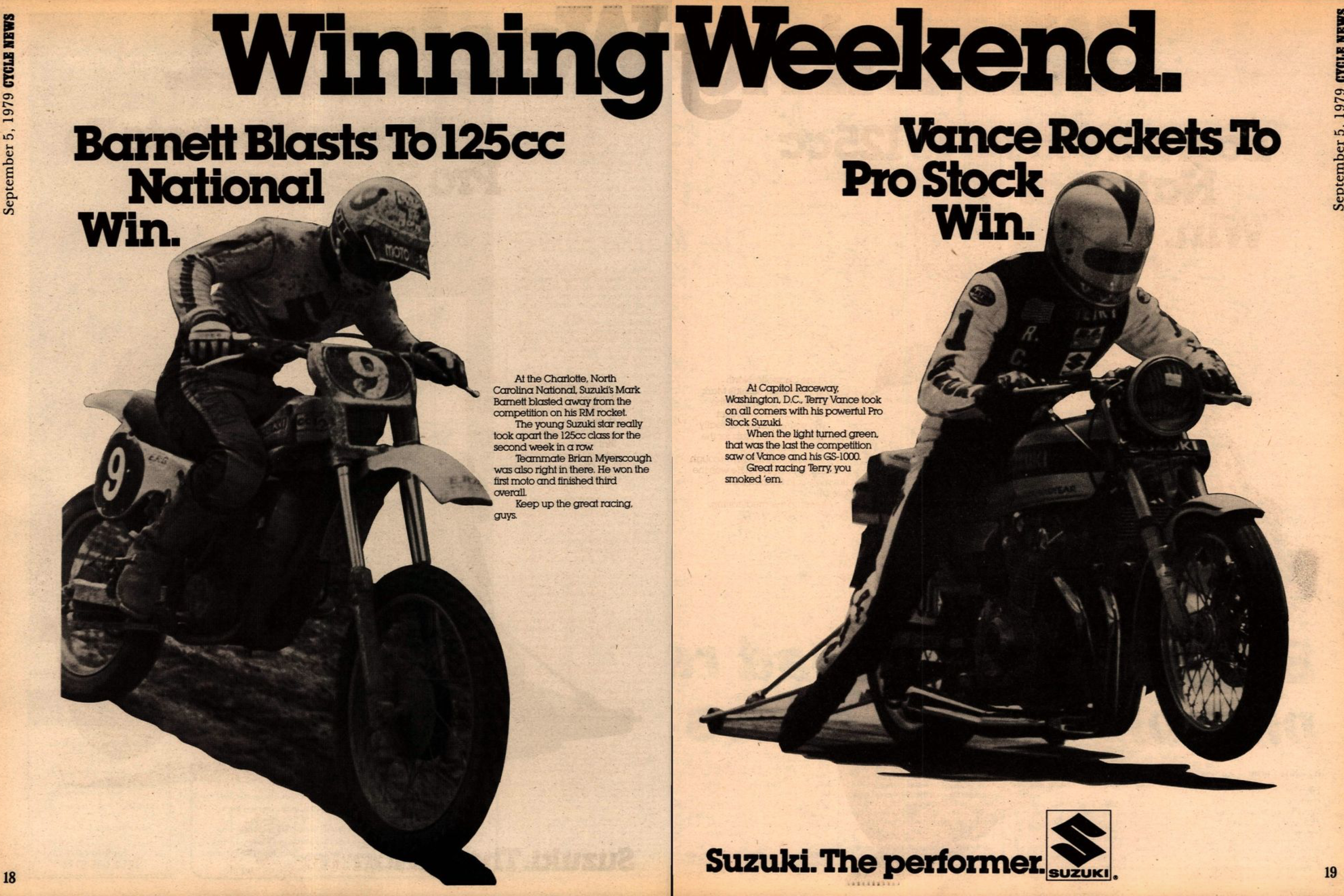 On This Day in Moto August 19

The final round of the FIM 500cc Motocross World Championship went off in Saint Anthonis in the Netherlands, and for the second time in as many races, Sweden's Ake Jonsson was the winner. Still, it was the end of a very frustrating season for Jonsson, who was considered the heavy favorite after dominating the 1972 Trans-AMA Series in America aboard a Maico. But for '73, Ake switched to Yamaha, and was so unhappy with the handling of the new monoshock prototype that he actually put Maico forks on it at one point, leading others to call in a "Yamaico."

Things were different for Yamaha in the 250 class as another Swede, Hakan Andersson, swept both motos in Sweden to clinch the 250cc World Championship, ending Suzuki's Joel Robert's stranglehold on the crown. Robert had torn his knee up early in the season and was a non-factor in the championship standings. German Maico rider Adolf Weil ended up second and Finnish Husqvarna rider Heikki Mikkola third.

Here is a cool, rare video of Andersson debuting the game-changing Monoshock in 1973:

Three big hitters and future Hall of Famers occupied the 500cc podium at the Spring Creek National in Minnesota. Jeff Stanton won with 1-2 scores, Jeff Ward was second with 3-1 finishes, and Rick Johnson third with 2-3 scores.

In the 125 Class, Suzuki riders Mike LaRocco and Donny Schmit finished first and second, with defending champ Mike Kiedrowski third on a Honda. All three were also future Hall of Famers.

In the 125 Class, Suzuki's Mark Barnett would take the win ahead of Honda's Warren Reid and his Suzuki teammate Brian Myerscough, with Yamaha's Broc Glover fourth. This was enough for the Golden Boy to clinch his third straight AMA 125 National Championship. (Barnett was at Budds Creek yesterday sculpting the track as its architect, and Glover was there with Dunlop working with all of the riders.)

A much bigger story was taking shape out at Lake Havasu, near Blythe, California. Reigning AMA Supercross and 250 Motocross Champion Bob Hannah was water-skiing on the Colorado River on a boat pulled by his friendly rival Marty Tripes of Team Honda when Hannah got too close to the shore and hit some rocks, snapping his leg. Hannah, who was with Yamaha at the time, would miss the entire 1980 season as a result of the injury he suffered on August 19, 1979.

The '84 AMA Pro Motocross season ended with a 125/250/500 triple-header at Washougal, and Yamaha's Broc Glover topped Honda's David Bailey in the 500 Class, but Bailey took the title on his works Honda. In the 250 Class, Glover's El Cajon, California, neighbors (and then-bitter rivals) Rick Johnson and Ron Lechien went 1-2, and that was also the way they would settle the 250cc title—the first #1 plate of RJ's career. And in the 125 Class, Kawasaki's Jeff Ward won the race, as well as the title, from his close rival: newly-crowned AMA Supercross Champion Johnny O'Mara.

And the third AMA Amateur National Motocross Championships at Loretta Lynn's wrapped up, and the big winner was Yamaha's minicycle prodigy Eddie Hicks, who swept all six motos in the 85cc Stock and Mod classes. It was a the beginning of a meteoric rise for Hicks and the start of an American motocross fable/cautionary tale. You can read Steve Matthes' epic story from earlier this year right here.