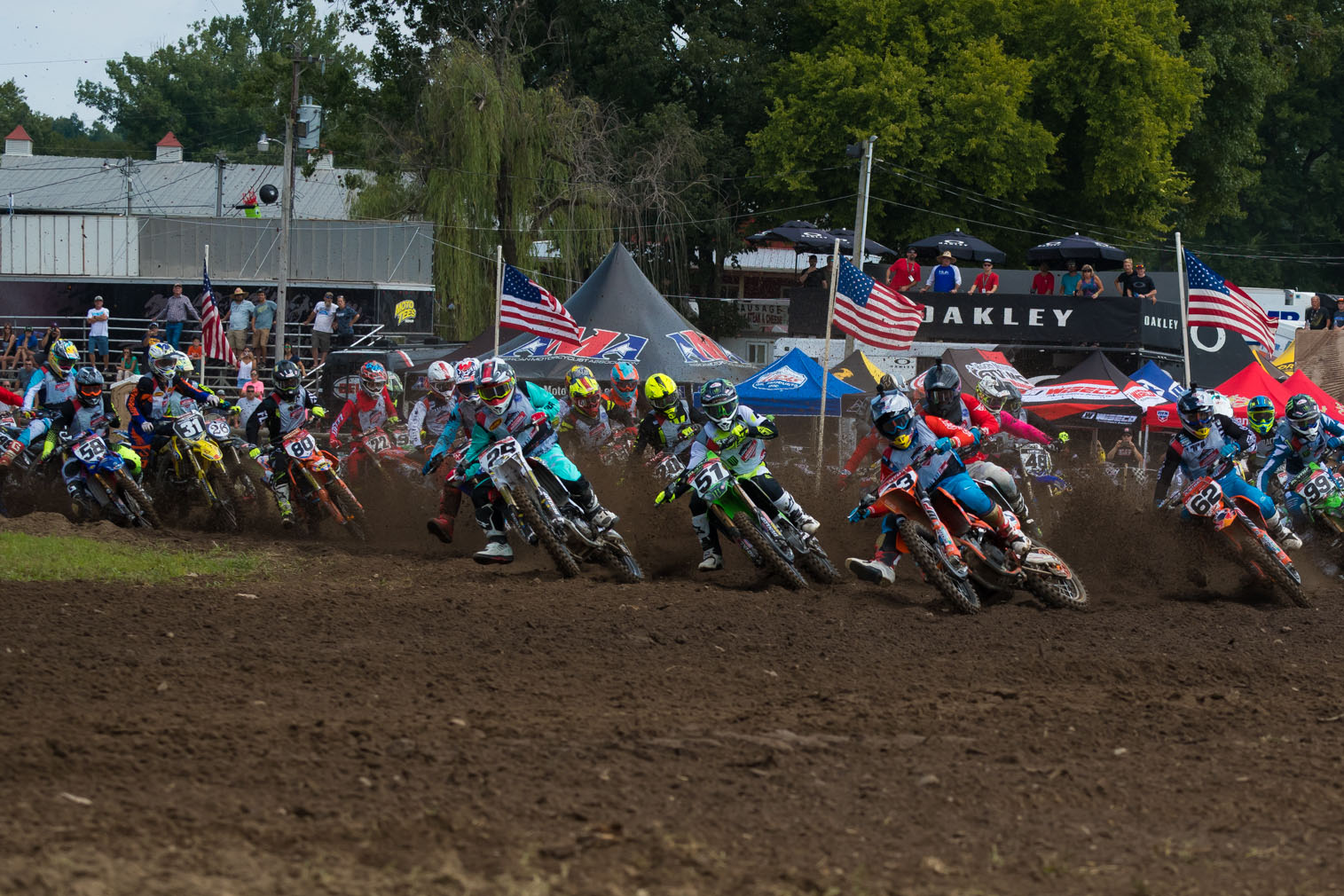 You won’t see A class rider Justin Rodbell lining up this weekend at Unadilla—as is tradition for some Open Pro Sport class riders following the conclusion of the Rocky Mountain ATV/MC AMA Amateur National Motocross Championship at Loretta Lynn’s—but the rider out of Maryland does have his supercross endorsement via the Road to Supercross and hopes to get an invite to the Monster Energy Cup this October. Traditionally, we choose professional riders for this Privateer Profile segment, but being that things just wrapped up at Loretta Lynn’s Ranch, we decided to mix it up this week.

While Rodbell didn’t finish a moto at the Ranch on the podium, he did spend a lot of time up front during the 250 A and Open Pro Sport class races and wasn’t afraid to give the “factory” kids a run for their money during the week. Logging moto scores of 6-11-9 in Open Pro Sport and 6-5-DNF in 250 A, the Traders Racing-supported rider stood out to us at Loretta’s, so we hit him up to chat about his week down in Tennessee, his year as a whole, and his plans to join the pro ranks eventually.

Racer X: To start, introduce yourself a little for those who may not know you.
Justin Rodbell: I’m Justin Rodbell. I’m from Prince Frederick, Maryland, and I race 250 A and Open Pro Sport.

Wow. Ten years. That’s impressive! How would you say this year went for you?
Yeah, it was all right. I was dealing with arm pump all week, which didn’t help at all. I got cleaned out by a lapper the last lap and moto of 250 A, which was pretty disappointing, having to DNF that moto. Lots of positives to take from the week, though—good starts and some good laps.

Before we dive deeper into your week, tell us a little bit about your journey getting where you are now. You mentioned it’s been quite the journey; elaborate a bit, if you will.
Well, I’ve never been the fastest kid at the track, so giving the fastest guys a run for their money is pretty cool.

How did it feel to run up front a bit this year? Surreal, or like that’s where you belong?
Very, very good! Also a little surprised that I was doing that well. Now I know I should be up there and have some work to do to get there.

What’s the plan going forward? Loretta’s again in 2019, or will we see you at Unadilla this weekend racing Pro Motocross?
I’m not racing Unadilla this year; there are some things going on right now. I would love to get an invite to Monster Cup this year!

All in all, how would you describe your 2018 season? Major amateur races, Loretta’s, etc.—how was your year?
I can’t thank the Traders Racing team [enough] for stepping up and giving me an opportunity this year. I wouldn’t be racing without that whole team. Gary has helped me since I was on little bikes, so it’s pretty cool to still have them behind me. Back to this year—pretty solid. I got my Road to Supercross points already, showed some speed, and got my name out there. Just need to work on some things.

That’s cool that the Traders guys are helping you out. Do you ride or train with those guys, or what’s your program like?
I train at South of the Border; been there all year working with Taylor Futtrel, Freddie Noren, and Matt Burkeen on the track, also with Cody Gerhard and Chad Godwin in the gym.

Awesome. Anyone else you want to give a shout-out to before we wrap this up?
Greg Duffy, my mom and dad, Accurate Pest Control, B-Line Racing, Carl Naecker, MX solutions, 100%, and the Frye family.