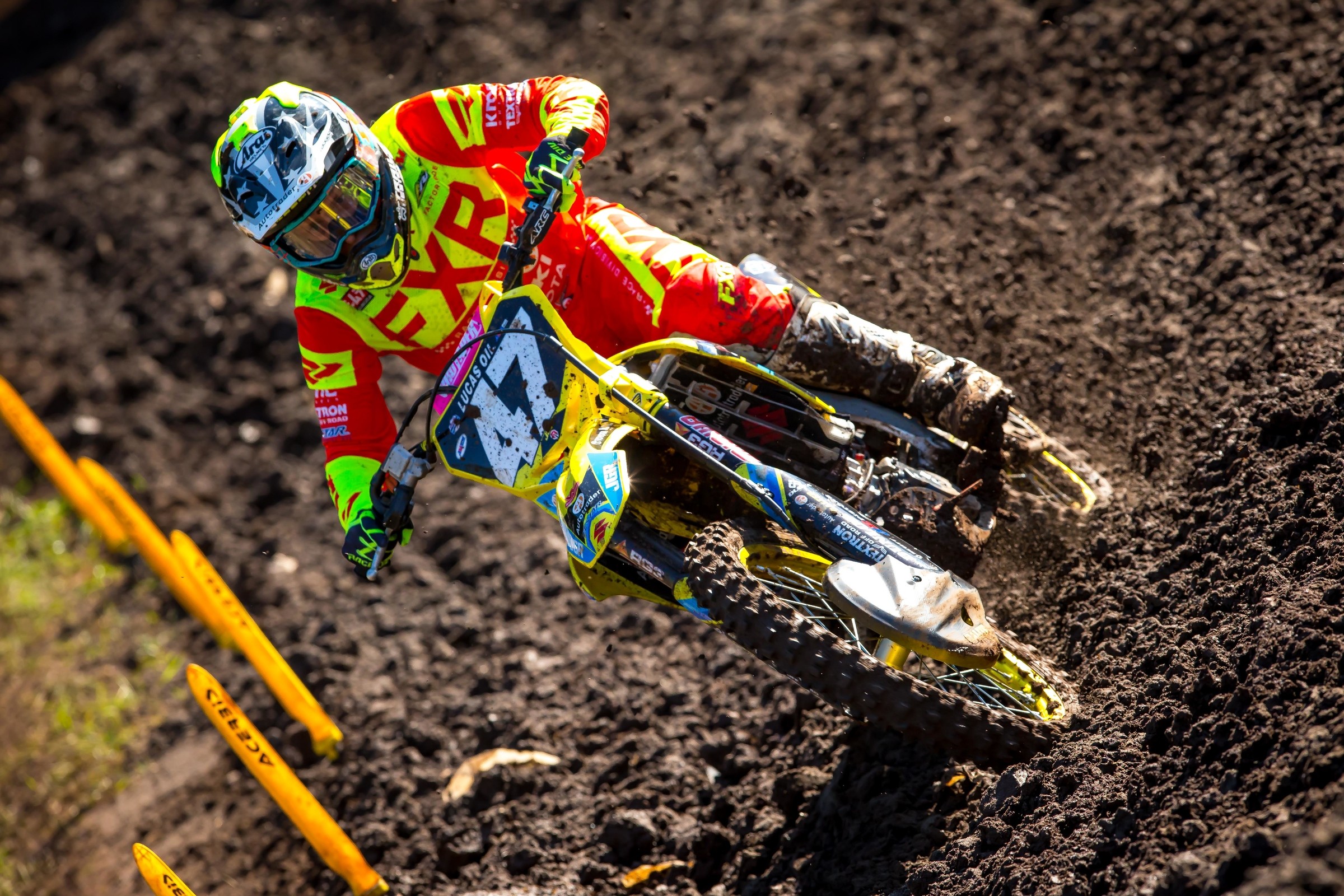 Comment: Anderson was originally hoping to be back for this weekend's Unadilla National, but Rockstar Energy Husqvarna team manager Bobby Hewitt told us they're taking their time with Jason's recovery. Hewitt says Anderson racing next weekend at Budds Creek is 95 percent likely, and if not, he's at least 100 percent sure Anderson will race the Ironman National in two weeks.

Comment: Chisholm underwent surgery after injuring his knee at High Point and will miss the rest of the season.

Comment: Craig tore his ACL at Glen Helen and is out for the season. This week, Craig got a plate and screws removed from his hand (2017) and his tib rod (2016) taken out from previous injuries. If you’re not squeamish, he posted a video of it.

Comment: Enticknap broke his femur while practicing at Fox Raceway (formerly Pala Raceway) and will miss the final three races. He said the recovery time is eight to ten weeks.

Broken Femur at Pala yesterday! I hit a kicker on the wall jump and went into a full ending! As I saw myself coming closer to the ground, I tried to bail over the front and caught my right leg on the bars! It was a perfectly clean break and surgery went really well! Recovery is looking to be 8-10 weeks!!! I had PT this morning and was already up on the walker!!! Rod and a couple screws later!!! Love you guys and we will keep you up to date!

Comment: Hill hit a tree at Washougal in the second 450 moto and sustained a left knee injury. He will race this weekend at Unadilla.

Comment: Miller, who’s been fighting back issues all year, crashed on Thursday before Washougal and sustained a hip labral tear. He still plans on giving it a shot at Unadilla.

Comment: Mosiman dislocated his shoulder at Glen Helen and is out for the remainder of the nationals.

Comment: Seely broke his pelvis and two vertebrae during supercross and will not race any nationals.

Comment: Tapia is out for the year after breaking his pelvis and two vertebrae in Indianapolis.

Comment: Tedder had surgery to repair a nagging wrist issue that was reducing grip strength. He’d hoped to be back for a few races at the end of the season, but his recovery is taking longer than expected. He’s out for the season.

Comment: Wilson will miss the rest of the season following surgery to repair a torn ACL. Wilson recently said he is ahead of schedule and hopes to be back on the bike at the end of September.

Comment: Bisceglia was set to return to racing earlier this season but broke his ankle and fibula while practicing. He’s out for the season.

Comment: Cianciarulo is out for the season after having surgery to fix a torn ACL. Since he can’t race, he’s been making YouTube videos.

Comment: Decotis posted on Instagram that he will be sitting out round ten, citing illness and weakness from Lyme disease. He expects to be back at Budds Creek the following weekend.

Unfortunately I’m not going to be lining up at one of my favorite tracks #Unadilla. I’ve been really sick this week and with my weakened immune system from my Lyme disease I will just dig myself a deeper hole. I’m going to rest this weekend and do everything possible to be at budds creek next weekend. Sucks for my team, fans and everyone that supports me. It’s a tough decision to make but I’m confident it’s the choice I have to make if I have any chance of racing the final 2 rounds. Thank you too the people who support me through the tough times ??????

Comment: Hartranft will miss the rest of the nationals after dislocating his shoulder before Southwick.

Comment: Marchbanks will miss the rest of the season after undergoing ankle surgery, which was required after crashing hard at RedBud.

Comment: Oldenburg tore his ACL while practicing. Currently, there is no timetable on his return.

Comment: Osborne sustained a torn labrum at Thunder Valley and underwent surgery to repair it. He’s out for the season.

Comment: Peters is out for the season after having surgery to repair a torn ACL suffered in supercross. Peters said this week he’s hoping to be back on the bike soon.