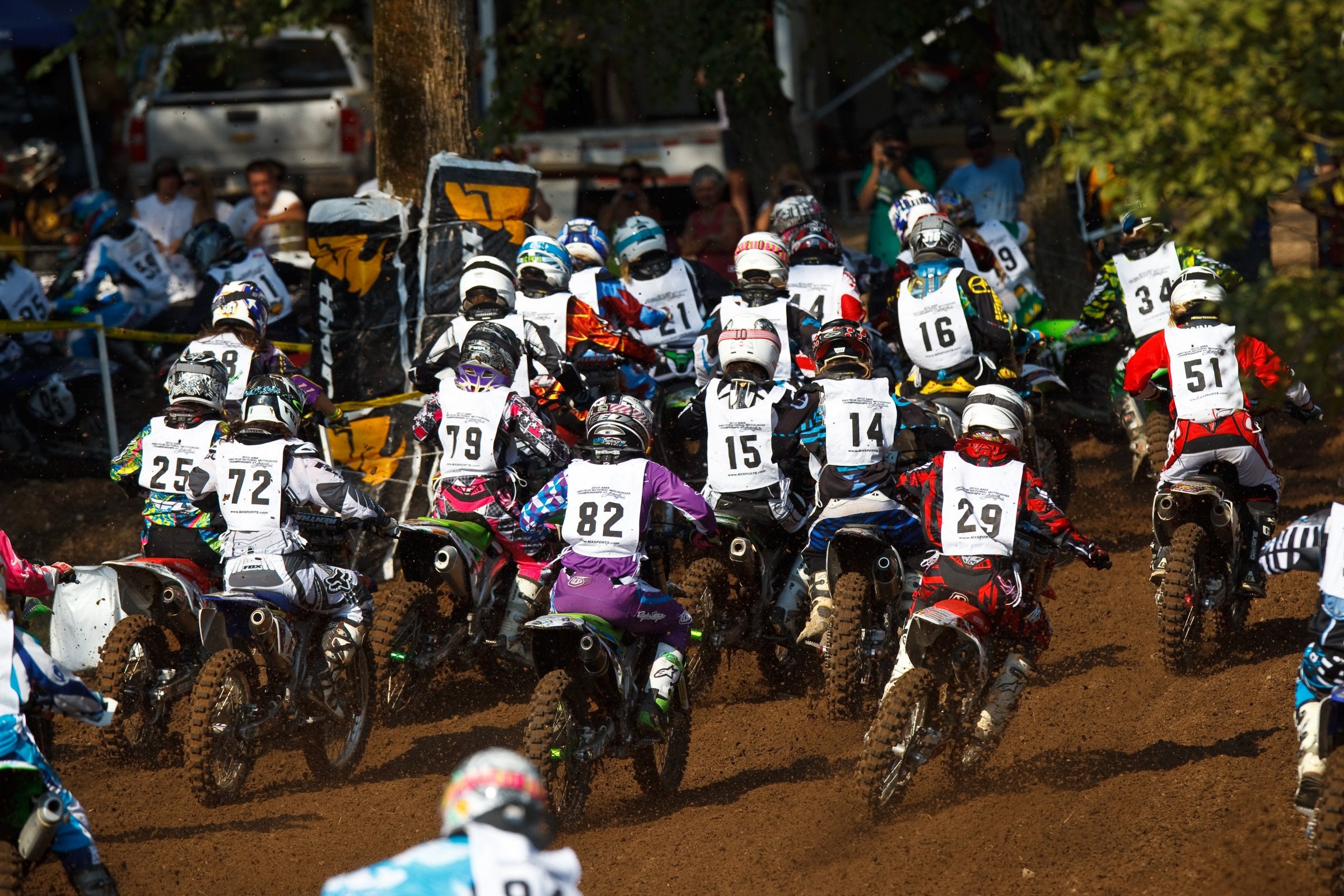 It’s incredible how much more refined the amateur motocross process has become. Jeff Emig likes to tell the story of how things worked 30 years ago, when he was one of Kawasaki Team Green’s standouts as an amateur, and showed up for his first pro national at Washougal basically alone with his dad. No one on the pro team even knew him. In those days, there was virtually zero connection between amateur teams and pro teams. Today, everyone is on one page.

There are now six brands that can claim to offer factory-style amateur support. That makes it much easier to figure out who is doing what down at the Rocky Mountain ATV/MC Amateur National Motocross Championship at Loretta Lynn Ranch. We hit up each brand last week to get a field guide for their team and riders for next week’s amateur national. It’s a good way to know what’s coming.

Of course, there’s always room for the unknown to break through. Shane McElrath, for example, battled Star Yamaha’s Cooper Webb and Factory Connection Honda’s Matt Bisceglia one year in the B class, and Troy Lee Designs snapped him up. Even last year’s outstanding graduate, Justin Cooper, was lower in profile and Yamaha support until he suddenly caught fire. Star Racing made room for him as a pro.

These are the big names going into Loretta’s. Is another kid out their lurking to join them? We’ll find out next week.

Kawasaki has the longest-running amateur program at the Ranch—Team Green was actually the title sponsor of the first Loretta’s back in 1982. The basic plan is this: Team Green picks up capable riders and grooms them, and the best get a shot as a pro with the Monster Energy/Pro Circuit Kawasaki outfit. That includes Garrett Marchbanks, who would arguably have been the man to watch in the A classes this year, but he turned pro early at Hangtown. The rest of the squad is capable, though, as Team Green success at the ranch is usually a given.

Notes: Heavy-hitters Jett Reynolds and Stilez Robertson are both out this year with injuries. Seth Hammaker, who won the Amateur All-Stars Class at Monster Energy Cup last October, is one of the threats in the A classes. He was often second behind Marchbanks at Loretta’s in 2017.

Yamaha ties its amateur support into top dealership programs, and the very best standouts end up on the Monster Energy/Yamalube/Star Racing Yamaha team as pros. This includes Justin Cooper, who rocked the A classes and collected the AMA Nicky Hayden Horizon Award last year.

Yamaha will have its new YZ65 in competition at Loretta’s this year.

Notes: Leblanc and Masterpool are recent additions to the brand, replenishing the ranks for possible roles with Star Racing as pros in the future. Last year, Masterpool was masterful by winning two titles at Loretta’s on a TM! Watch his YZ125 to make some beautiful noise at the Ranch. Halpain is expected to be in the mix in the expert-level classes.

KTM runs two amateur programs: Orange Brigade KTM grooms the young riders, and those showing the most elite of talents get to the Troy Lee Designs KTM team, which is part of the same pro team that races every weekend.

Notes: Pierce Brown has become the talk of the amateur ranks. The Utah native may only be in the B class, but several people think he could be the fastest amateur rider in the nation. Falk is slated for a ride with the TLD/Red Bull KTM pro team soon, and Drake is likely not far behind. Who might be next? In our Loretta’s preview podcast, DMXS Radio’s Kevin Kelly, who has attended all of the major amateur races this year, says Maximus Vohland is setting up to be the man to beat in the Supermini classes. Those divisions are stacked, though, even with other KTM talent. Supermini will be fun to watch.

The KTM amateurs just wrapped up a two-day training camp in the heat and humidity of Underground MX in Kemp, Texas. The team says the riders worked with Nathan Ramsey and Kyle Regal on technique training, including foot placement while cornering, standing, smoothness through corners, starts…lots of starts and sprint laps. They even held social media training for the riders.

Teams often hold these camps to get the riders to bond so they will feel like real teammates for the week at Loretta’s. To that end, everyone put together special awards. These are kind of fun.

Most likely to holeshot: Josh Varize

Husqvarna’s full factory-support amateur outfit is newer than the other brands, so it’s not as large. The crew graduated Jordan Bailey into the pro Rockstar Energy Husqvarna team at Hangtown, leaving it with one rider:

Notes: Swoll was ripping at Loretta’s last year and seemed a lock for two titles on his 125 until mechanical problems set in.

The Factory Connection Honda team, which is the amateur arm of the GEICO Honda pro team, has been grooming top ams for over a decade now, starting with Trey Canard. In fact, the model of making amateur riders essentially part of a pro team, which most brands do today, started here.

Notes: The team tells us that all three riders are on the younger end, age-wise, of their respective classes so it is preaching patience as opposed to win-at-all-costs. One other deal to note is Italian rider Andrea Adamo. He won Honda’s CRF150R Cup in Europe last year and then flew to Loretta’s qualifiers this year on stock bikes—and won! Now the team is going to help him with race bikes—he’s not officially part of the team, but he’s getting help. Rick “Ziggy” Zielfleder explained in an email:

“Regarding Andrea, I received an email from an old friend at American Honda regarding the man who has run the Honda Rally team, Martino Bianchi. He was helping a kid from Italy that was trying to ride Loretta's. It worked out that the area qualifier in Maine worked best for their travel schedule, so I loaned him a CRF250R and my son's trailer and equipment. They showed up and won, so we said we would do it again for the Unadilla regional. Then he shredded the regional! So we have continued to help him. Kind of a cool story because it was completely out of the blue!”

He won the CRF 150 class at the GPs last year. Adamo is well under the radar but could open some eyes.

Under the name RM Army, Suzuki is rebuilding its amateur efforts after several years of rebuilding its entire racing program. We covered the RM Army camp at the Autotrader/Yoshimura Joe Gibbs Racing MX facility earlier this week.