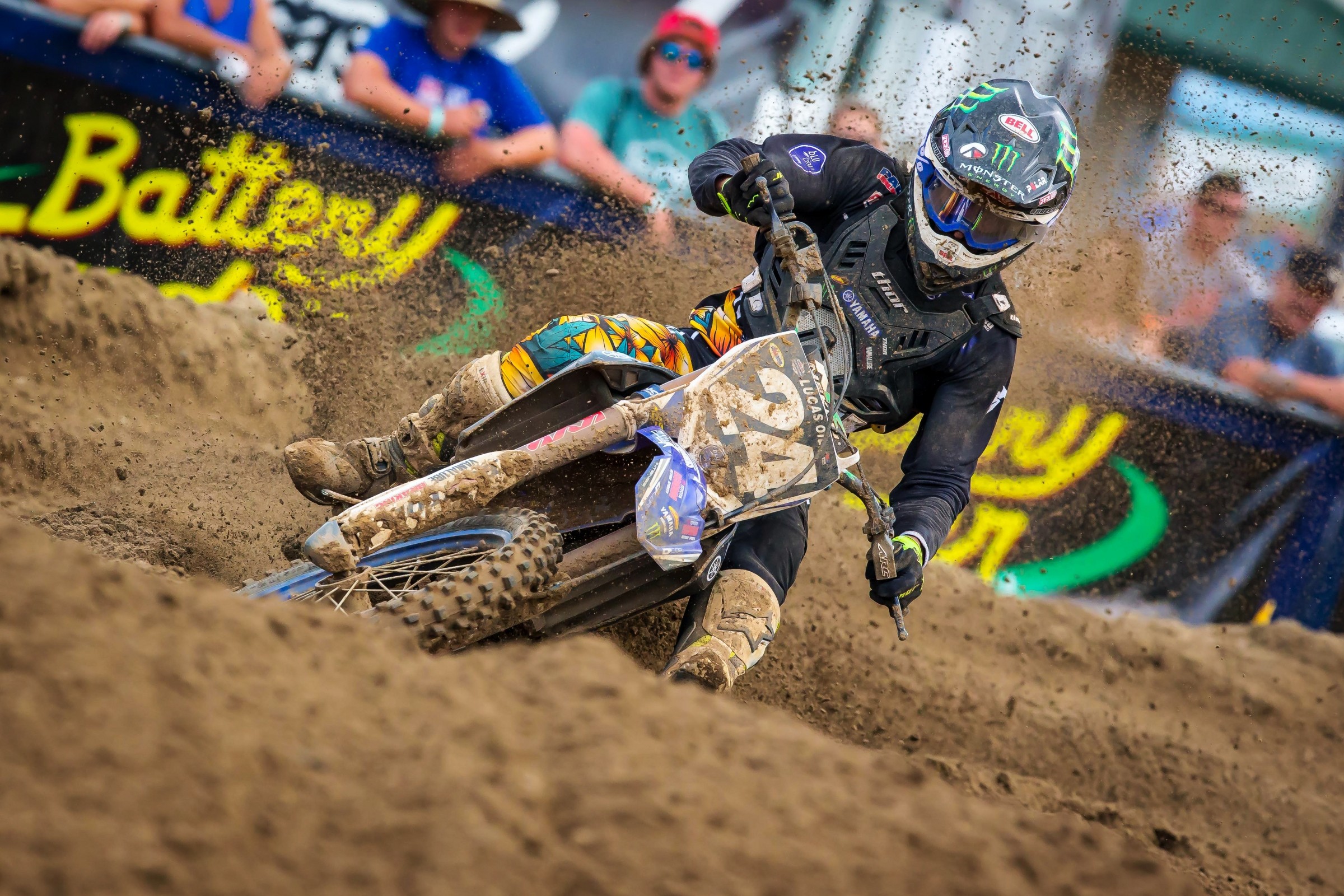 We’ve heard plenty of riders say they’re only a good start away from getting on the podium or even earning a win. Sometimes it’s true, sometimes it’s not, but in the case of Dylan Ferrandis, you’ve got to believe it’s true. Last Saturday, after one lap, he was eighth in the first moto and 19th in the second. At RedBud, after one lap, he was 15th in the first moto and 12th in the second. We know he’s fast; he won the overall at Southwick and even ended up on the podium despite bad starts at RedBud, so if he can get out of the gate better at Washougal, where he finished third overall last year, he could do some serious damage this weekend. —Aaron Hansel

As important as starts are, getting one doesn’t guarantee an automatic win. Take Alex Martin, for example, who’s had four of them so far this season. That’s more than any of his competitors, but he still has yet to win an overall or a moto. Of course, that could change this weekend at Washougal. The last time Martin raced at there was in 2016, and he ended up with the overall victory via 1-2 moto scores. We’ll see if he can pair a holeshot with a win for the first time in 2018. —Hansel

After the race last week, our own Jason Weigandt checked in with Monster Energy/Pro Circuit/Kawasaki to get Mitch Payton’s thoughts on the day. The response was short and sweet: “We’ve got the speed.” And it’s true. Joey Savatgy has spent time up front and Austin Forkner has challenged for the lead multiple times in motos. Yet the shocking fact remains—the team has yet to win a single overall this year. If their riders are able to avoid the black cloud that seems to be hovering over them, that could change in Washougal. —Hansel

Before round eight, Aaron Plessinger had yet to back up his 1-1 performances with top-shelf rides at the next rounds. That all changed at Spring Creek, where Plessinger, who went 1-1 at the previous round, rode like a champ to make it four moto—and two overall—wins in a row. Now that he’s bucked that unenviable trend, we’ll see if he can keep things rolling in Washougal. —Hansel

Justin Barcia’s impressive podium streak came to an end last week at Spring Creek when he went 5-5 for fifth overall. Afterward, he was understandably disappointed, which shows just how well he’s doing this year. Had he finished fifth overall last year, he would have been pumped, something he acknowledged when we spoke with him afterward. Who thinks he'll get his podium train back on track when Lucas Oil Pro Motocross descends on the Pacific Northwest this weekend? —Hansel

Josh Grant will make his long-awaited return to racing at Washougal. Out since Arlington due to a leg injury that required multiple surgeries, Grant will race his first Lucas Oil Pro Motocross race since Southwick 2017 this weekend. The last four rounds will be important for the veteran, as he’s rumored to be looking for a deal for 2019. Let’s see how his return goes this weekend. —Chase Stallo

It’s going to be a hot one Saturday. Temperatures are expected to be in the mid-nineties around race time, with humidity at 63 percent. Expect the track to dry out throughout the day, which will make throttle control even more important than it already is. It’s hard to tell how the track will progress without seeing how they approach the morning—will they water it heavily, leading to deep ruts?—but it will be worth keeping an eye on. —Stallo

Rolling In the Deep

As we noted earlier this week, Eli Tomac already has more moto wins this year than he had all of last year. The only thing that’s stopped Tomac this year was a mechanical issue at RedBud. After losing the points lead for the first time after a disastrous day in Michigan, Tomac put in an all-time ride at Spring Creek. Can he back it up with another 1-1 this weekend? —Stallo

It’s been a long year for Blake Baggett. He hasn’t been bad—13 top-five moto finishes in 16 motos—but he hasn’t had the same success he had a year ago, when he was battling for the points lead. Baggett snagged just his third moto podium of the season last weekend, but just missed out on the overall podium by two points. Baggett hasn’t won a moto since High Point 2017; we’ll see if he can get on the board this weekend. —Stallo

This season has been more about building for 2019 for Ken Roczen. Injuries have ravished his last two seasons, but he’s slowly showing his old form. He grabbed a moto win at RedBud and led laps last weekend. In the last four motos, Roczen has gone 1-3-2-3. No other rider has as many moto podiums during that span. Let’s see if he can keep it rolling Saturday. —Stallo