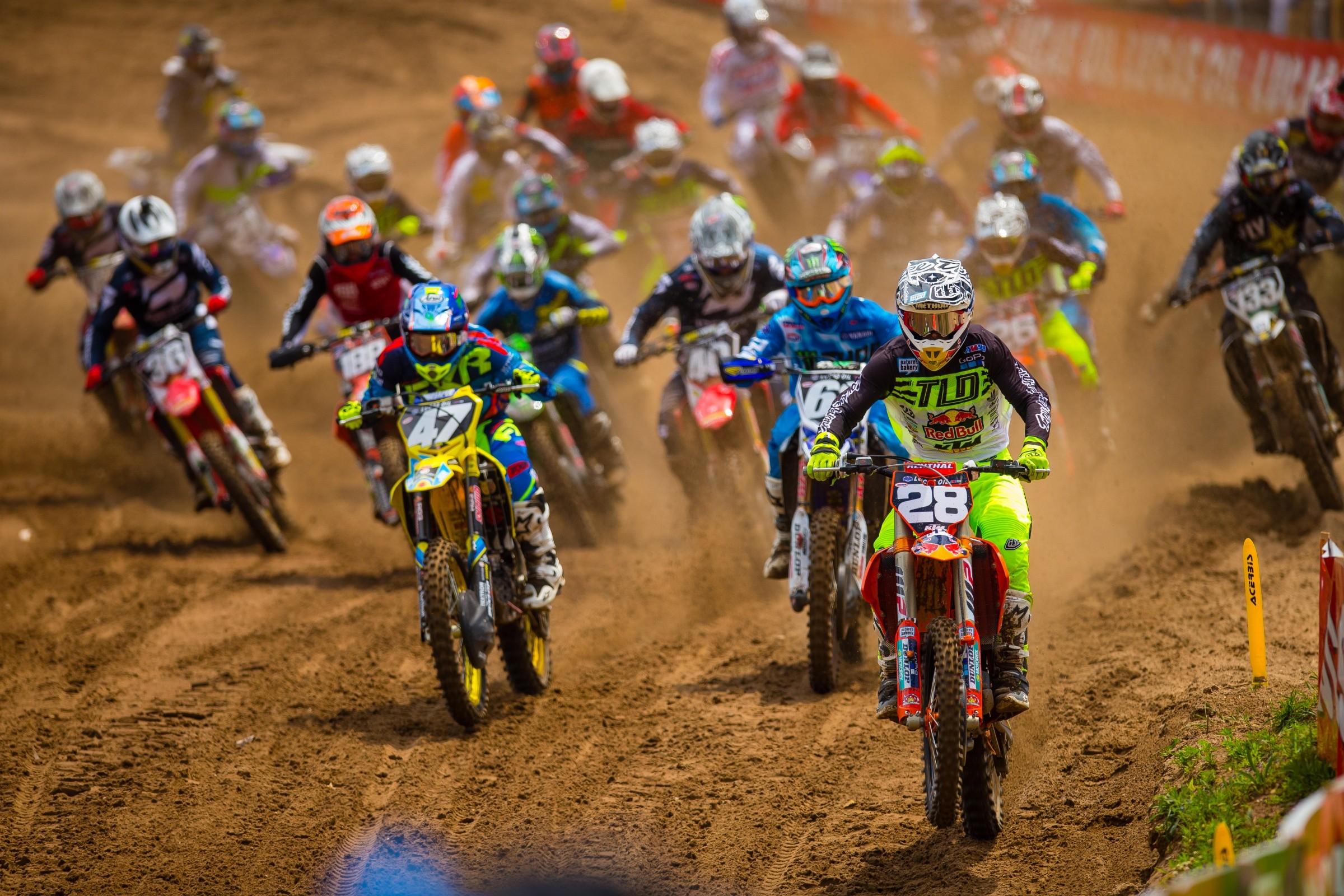 Motocross is a human experience where heart, smarts, determination, and even luck play a significant role. That’s what’s supposed to happen, yeah. Really, though, it is just an elaborate numbers game. At the end of the day, there’s a margin of victory and defeat, and that determines race winners, as well as points scored. At the end of the season, points will be totaled and champions will be crowed.

While there are many elements involved with the weekly battle of the elements that is motocross, it all ultimately comes down to black print on a white sheet of paper totaling up everyone’s season stats. All of the human experiences come down to trying to improve those numbers. The numbers are not everything, but they’re all of the things.

We’re seven rounds into the 2018 motocross campaign. Here are the numbers.

Laps led by Eli Tomac through seven rounds. Most in 450 Class.

Laps led by Aaron Plessinger through seven rounds. Most in 250 Class.

Moto wins by Aaron Plessinger. Most in 250 Class.

Holeshots by Justin Bogle and Ken Roczen. Most in 450 Class.

Holeshots each for Alex Martin and Justin Cooper. Tied for most in 250 Class.

Top-five moto finishes for Marvin Musquin. Only rider in the 450 Class with a top-five finish in every moto this season.

Motos in which Kyle Cunningham scored zero points due to injury or mechanical issues. He is still in the top ten in 450 Class points, sitting tenth overall.

Riders who have scored at least one point in the 450 Class this year.

Riders who have scored at least one point in the 250 Class this year.

Average finish for Marvin Musquin through 14 motos. Best in 450 Class.

Average finish for Aaron Plessinger through 14 motos. Best in 250 Class.

Different moto winners in the 250 Class through seven rounds. Surprisingly, Alex Martin, who is second in points, is not one of the six.

Average finish for Plessinger in the six motos he has not won.

Advantage in seconds for Musquin over Tomac at the end of the next moto, High Point 450 moto one.

Final margin of victory in seconds for Tomac over Musquin in High Point’s second 450 moto.

Points scored by Eli Tomac after round seven in 2017.

Points scored by Eli Tomac after round seven in 2018.

Points scored by Marvin Musquin after round seven in 2017.

Points scored by Marvin Musquin after round seven in 2018.