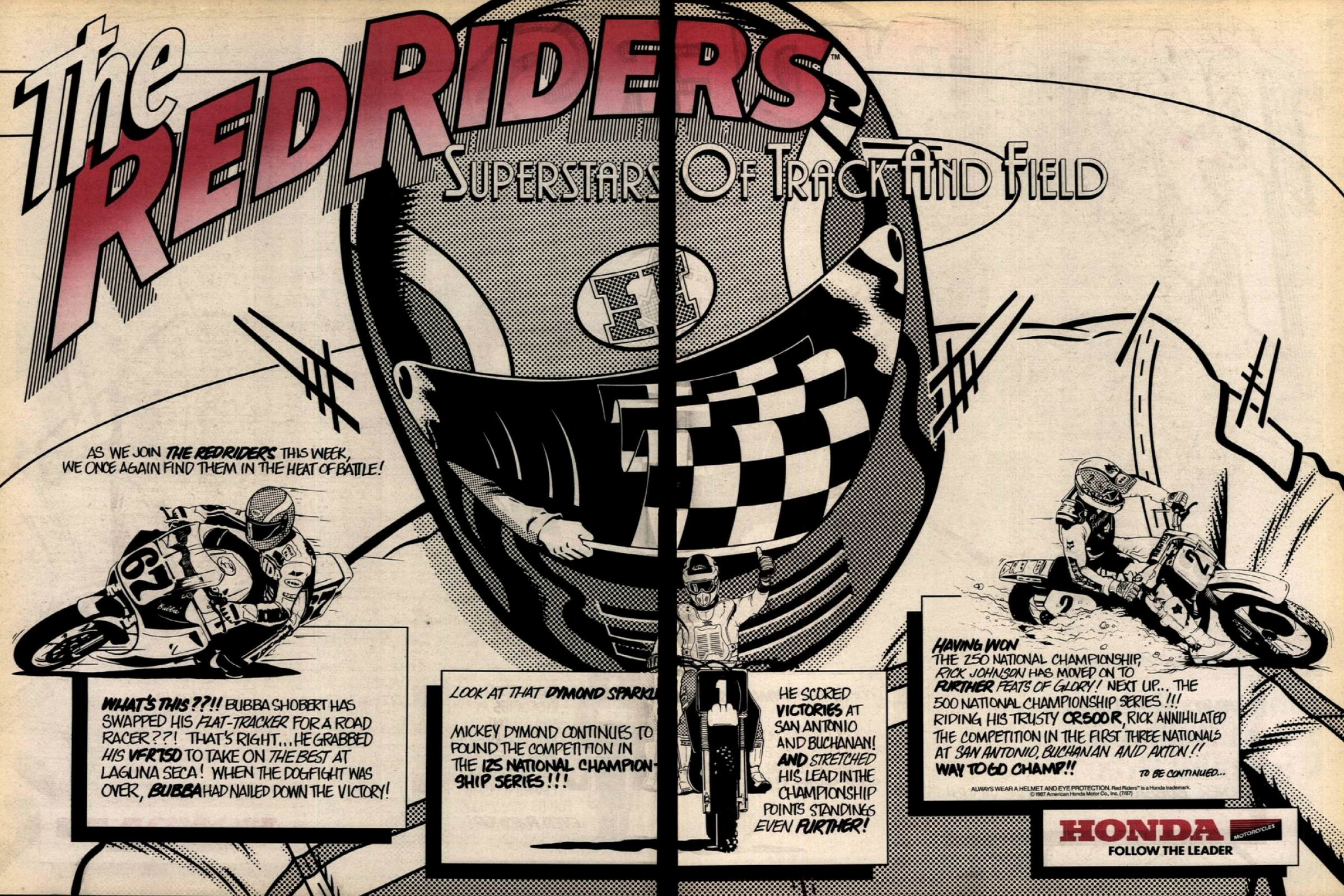 On This Day in Moto July 12

The Los Angeles Coliseum was once again the host of the biggest round on the AMA Supercross schedule, and this time it was Yamaha's Broc Glover who got the win over Suzuki's Kent Howerton and Honda's Donnie Hansen. The race was actually a doubleheader, with the course run backwards the next day, and Glover would win the Sunday matinee as well.

Rick Johnson posted 1-1 scores at the Lake Sugar Tree 500 National, which was promoted by his friend and former rival and teammate David Bailey, who had suffered a career-ending injury back in January '87. Jeff Stanton went 3-2 on his Yamaha for second overall and Kawasaki-mounted Mike Fisher, a future Kawasaki team manager, was third overall with 4-4 moto scores.

In the 125 Class, Suzuki's Erik Kehoe took the win with 5-1, followed by Honda rider Guy Cooper's 1-8 and his Suzuki teammate George Holland's 7-2, both future 125 National Champions.

In a battle between Red Bull KTM teammates, Ryan Dungey edged out Ken Roczen for the overall win at the Budds Creek National by virtue of his 2-1 tally to Roczen's 1-2. GEICO Honda rider Eli Tomac finished third overall with 4-3 scores to Trey Canard of Team Honda's 3-4 finishes.

In the 250 Class, Rockstar Energy KTM rider Jason Anderson got the first moto win of his career in the opening moto, but slipped back to seventh the second time out. Monster Energy/Pro Circuit Kawasaki's Blake Baggett jumped at the chance for the overall and went 3-1 to top Star Racing Yamaha rider Jeremy Martin's 2-2 scores.

At the 250cc Grand Prix of Venezuela, American riders led the way as Trampas Parker took the win with a 1-5-1 in the three-foot format, topping the 2-2-3 of Chesterfield Yamaha rider Donny Schmit. Parker was the defending FIM 250cc Motocross World Champion, but Schmit would usurp him, and, like Parker, become a two-time FIM World Champion, as he had already won the 1990 FIM 125cc Motocross World Championship. Both Parker and Schmit are Loretta Lynn's graduates, as well as members of the AMA Motorcycle Hall of Fame.