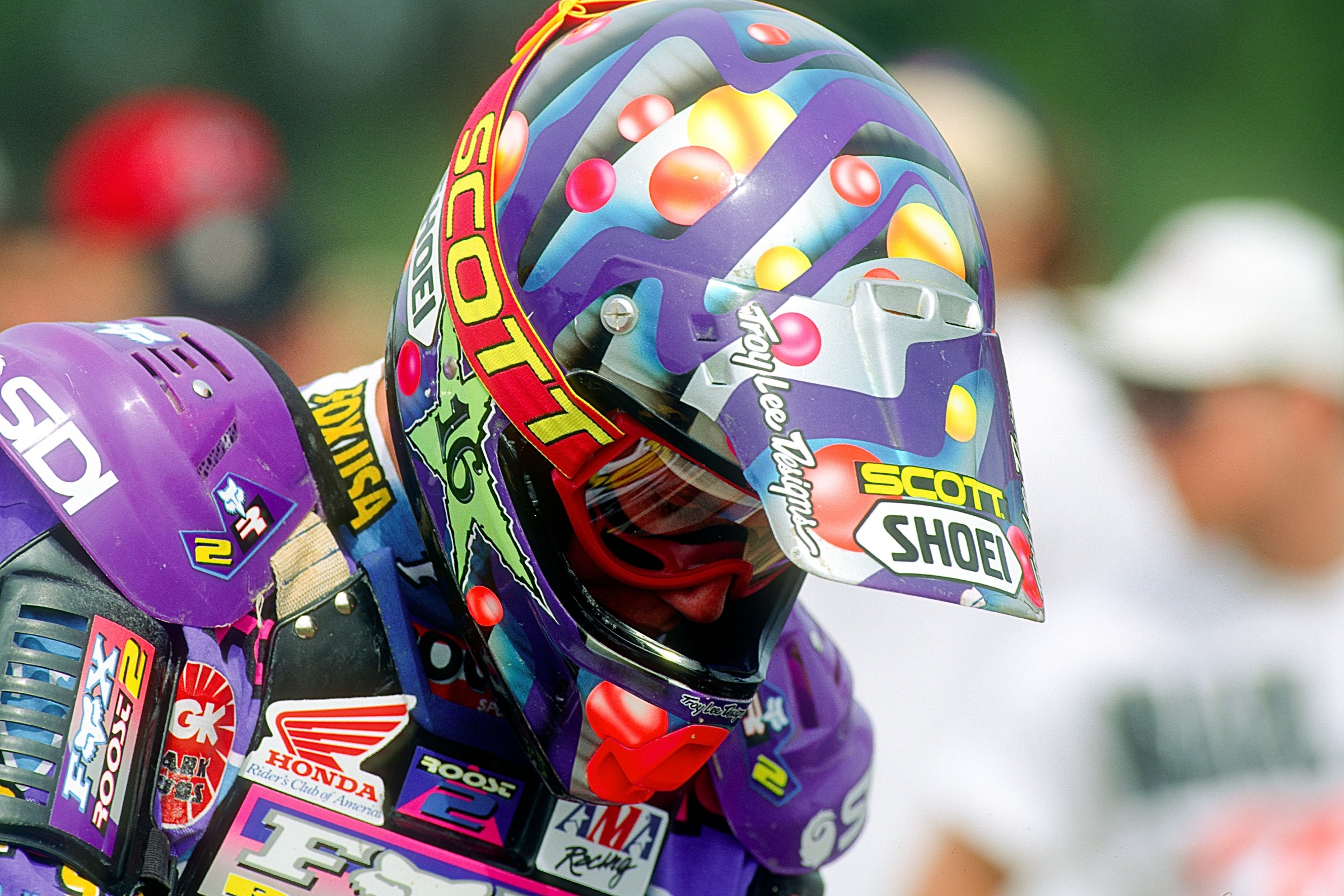 Doug Henry was named grand marshal of the 2018 Southwick National. With the exception of maybe John Dowd, there is no other rider who has earned the right to serve in this capacity.

Henry is a three-time AMA Motocross champion and New England Motocross legend who literally grew up pounding out laps at Southwick. He has three overall national wins at the track (1993, ’94, and ‘98) and is still one of the most popular riders with the New England fans.

We had the chance to chat with him prior to the race.

Racer X: Last time we spoke, it was nearly one year ago and you were getting ready for the RAAM along with David Bailey, Micky Dymond, and Jeff Ward. What have you been up to since then?
Doug Henry: I have been keeping busy, that is for sure! I have been doing a little bit of riding on the dirt bike, but not as much as I would like. I did the snow bike this year at X Games. We did an adaptive snow bike class, so that took up a big part of my fall and winter program. So then this spring, I got back on the MX bike, but I’m going to make some changes to it. But I guess the big news is that I also have a downhill mountain bike project that I’m working on. GT Bicycles is helping me out, along with Fox and Paradox Kinetics. They’re sort of building me an e-bike to ride and race the downhill class at the Fox US Open in Killington, Vermont, which is taking place this August. So we are actually working on that project right now. Just today we were looking at the seat, and how I can modify my motocross seat to be able to fit on the mountain bike seat so I can do a little bit of riding on that.

Wow! That’s very cool. I had no idea you were into downhill. Those pedal assist bikes are certainly growing in popularity.
Well, we haven’t done anything public just yet. We’re kind of waiting for the bike to be ready, but it might be ready tomorrow. It will be good timing. Hopefully we’ll get it ready in time to bring it out this weekend and to Southwick. Mike Marrow and the crew from GT have really been working on it and it’s been a collaborative process. I was thinking of trying to bring it up to Southwick if it was ready, maybe.

How did you do at the X Games?
It was good. I ended up winning. It was just a demonstration race, so it wasn’t a big deal, but it’s always good to win, no matter what! I think next year it’s going to be a full-blown medal event. A few of us traveled out from the East Coast. We got to stop in Minnesota and do some riding out there at ERX Park. It’s like a snocross, snow bike test facility. It’s pretty awesome. So I got to ride over there for a couple weeks and then we all went out to Colorado. We were able to do some riding in the deep powdery stuff, and then we raced. I won and the guy that I went out there with got second, so it was pretty good. We went 1-2, so that was a fun drive home. We were feeling pretty good.

Tell me about your role as grand marshal this weekend?
I don’t know exactly what I’m doing, but Rick and Keith Johnson (promoters of The Wick 338) had asked me if I wanted to be the grand marshal, which to me sounds a lot easier than doing two 30-minute motos in the heat. So I think I could handle being the grand marshal for the weekend. I think it will just be fun to be part of the race again. It has been a while.

How are things at your farm? When we last spoke you were thinking about maybe growing some hops and opening a brewery?
Things are good. We still have the track here. I kind of slowed down a bit on the brewery stuff for now. I was going pretty hard on that, and then just kind of ran into a few little issues. I’m just debating on whether I’m going to work out those issues or think of move onto the next thing. But with all I have going on right now, it hasn’t been a priority for me.

What are your thoughts on the 2018 racing season?
As always, the 250 Class is just awesome. You just never know who it is going to be. I think the 450’s have been good as well, but clearly Eli [Tomac] is in control of that class. It’s nice that Marvin [Musquin] has stepped it up there a couple times, and Kenny [Roczen] seems like he is racing himself back into shape. For me, it’s nice to see Kenny kind of running up front for a little bit. I was hoping to see Blake [Baggett] chasing Tomac a little more, but I think he can get there. But overall it’s been really good racing. For me, I think the races have been pretty exciting to watch. There’s always racing going on within each of the moto’s, and you don’t have guys just running away with it.

How’s the family doing?
Good. Everybody’s good. Brianna graduated college this year and she’s home for the summer. She’s going to be heading back down south for grad school, so that’s cool to see her working on her education. My son Ian, he is jumping rope and doing gymnastics on a high level. He did some Cirque de Soleil stuff as well as some Disney events on some boats down at Sea World. He’s been in Germany the last couple months doing a show over there. He gets home in early July, and then he’s off again doing more stuff related to that sport. Everything is good with the family.

Who’s your pick for this weekend?
Well, it was a bummer to see Jeremy Martin have his crash, and I am hoping he makes a speedy comeback. The 250 Class is super hard to predict, and Southwick always mixes things up. As for the 450, Tomac is going to be kind of unstoppable I think in the 450 Class. But the other guy would be [Justin] Barcia.  I think he is the only one who can run with Tomac at Southwick. He seems to go well there. In the Lites, it’s just a tough call. [Dylan] Ferrandis looked pretty impressive last week. I think those Yamahas, that whole Star team is going to be a tough one to beat. Hopefully Mitch’s motors stay together and that’s all good. Would be good for them to get Savatgy up there on the podium.  It’s supposed to be really hot and nasty, and that place is brutal in the heat. So it’s going to certainly separate the prepared guys from the rest.

Well, Doug, thanks for chatting with us. Good luck with the mountain bike stuff. Thanks. The race should be fun, and I hope some of the moto fans keep their eyes open to watch what we are doing. It’s pretty crazy! I should be having all that stuff up and going pretty soon. I’ll be posting pictures on that stuff on my social media. Definitely looking forward to doing that race, and I might do a couple more downhill events. I heard that they are working on pitting together some e-Bike stuff at the GNCC races as well. I was thinking that might be a fun thing. Even just to ride part of the course I think would be fun.