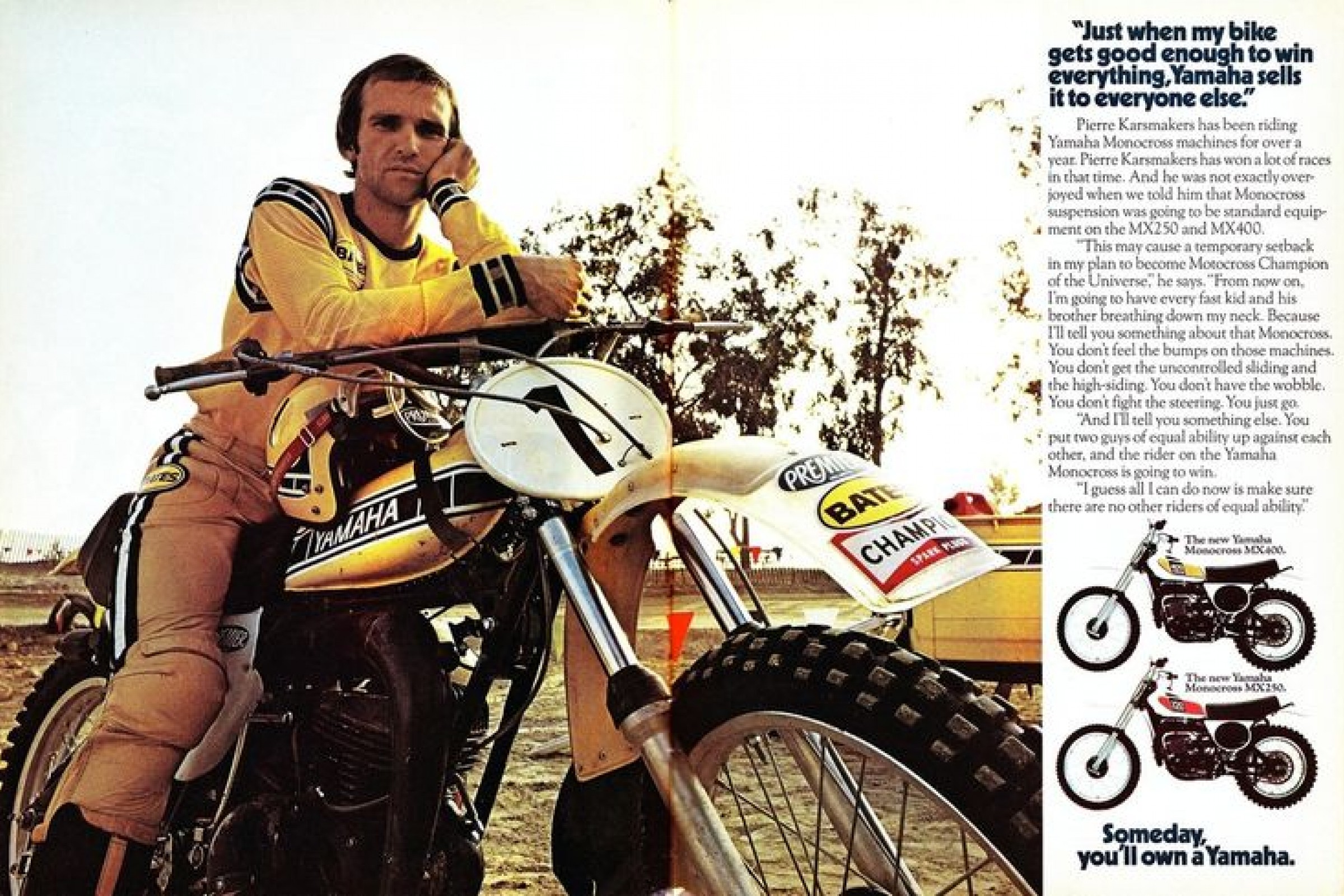 On This Day in Moto June 30

Antonio Cairoli went 1-1 at the MXGP of Sweden at Uddevalla. Ken de Dycker finished second with 4-2 moto scores, and Clement Desalle rounded out the MX1 podium.

In MX2, Jeffrey Herlings used a second-moto win to claim the overall over first-moto winner Christophe Charlier. Jordi Tixier rounded out the podium.

Team Honda's David Bailey won a U.S. Grand Prix for the second time in his career, this time the Carlsbad 500cc Grand Prix of Motocross.

If you want to see just how remarkably good Ron Lechien was on any sized motorcycle, this race was his first on a 500cc motorcycle—he was a full-time 125cc rider outdoors in '85—and he absolutely smokes everyone... For about two laps. Then he throws away a massive lead. This race is also why they called Bailey "the Little Professor." He was smart, cautious and also amazingly versatile. Unlike Lechien's all-out early laps, he grinds out methodical ones on his way to the 1-1 win over Georges Jobe, David Thorpe and Eric Geboers, all multi-time world champs.

At the series-opening Inter-AMA race at Salt Lake City, Utah's Manning Raceway, Yamaha's Pierre Karsmaker, a Dutchman living and racing in the U.S., gets the overall win. No surprise. But it was one of the most bizarre motocross races of all in that it was held in dry, dustbowl conditions, Evel Knievel was the co-promoter and halftime entertainment, and, well, let's let Cycle News explain:

The Inter-AMA got off to a fairly inauspicious start in the foothills of the mountains around Salt Lake. The setting was beautiful, the course natural, technically demanding and long, but nothing seemed to come together. The promoters represented a combination of seemingly high-powered talent but bogged down in the details on inexperience, like dust control. The result was a sour tone to the day, which didn't seem all that necessary. The racing was delayed from a scheduled 1 p.m. to 4:30 p.m. for watering... All of this amidst talk of not racing at all and general confusion about what was coming off. The promoter set to work with the water trucks again as Evel Knievel played to the crowd until the water trucks were diverted to a brush fire that broke out above the track.

What had happened was this: A skydiver with a smoke flair attached to his leg had let the flair fall off and it caught the brush on fire—the brush where a lot of spectator cars were parked.

Riders stood on top of trucks and trailers and watched cars explode as the fire swept up to them while the hot, dry afternoon wore slowly on.... Exploding, runaway cars (which firemen were breaking into, putting in neutral and pushing over the hill) were worth the $6 prize of admission.

There was also a support class that day that acted as a 125 National. Team Honda's Marty Smith won over Husqvarna rider Dan Turner and San Diego's Jeff Foland, also on a Honda. Here are the complete results.