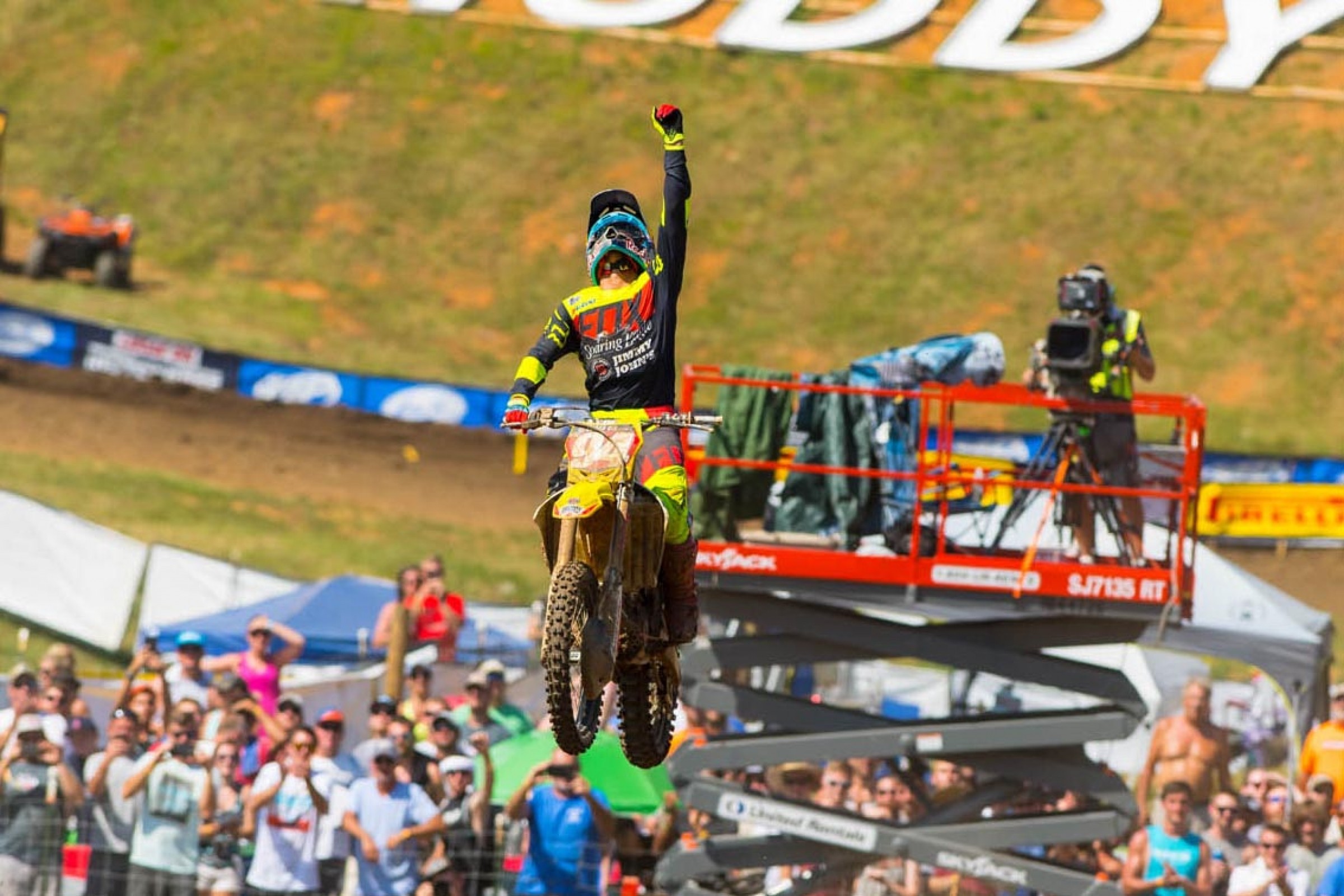 On This Day in Moto June 25

In a remarkable upset, Yamaha rider Gary Jones of Hacienda Heights, California, won the AMA/Rainier Beer Inter-Am Series opener in Boise, Idaho. It was the first time an American won a true Inter-Am race against the Europeans, and Jones did it with 1-1-1 scores. Former multi-time FIM Motocross World Champion Torsten Hallman, also on a Yamaha, was second, and Great Britain's Dave Bickers was third on a CZ.

In the 125 Class, Honda's Steve Lamson took another step closer to the championship title with a win at Southwick over Suzuki riders Damon Huffman and Tim Ferry.

Over in Kester, Belgium, Kawasaki's Stefan Everts, on track to become the brand's first FIM Motocross World Champion, went 1-1 in his home country in the 250 Grand Prix. Fellow Belgian Marnicq Bervoets was second on a Johnson Suzuki, with Britain's Kurt Nicoll third on his Honda.

In Slovakia for the 250cc round of Grand Prix motocross, Italy's Claudio Federici scored the overall win with 5-1 scores aboard his Yamaha, topping the 1-6 of Kawasaki rider Pit Beirer. Series points leader Frederic Bolley did not score points in the first moto, but placed fourth the second time out.

Title combatants Ryan Dungey and Ryan Villopoto split wins at the Thunder Valley 450 National, but it was the Suzuki of Dungey that took the second moto and the overall honors from Kawasaki's Villopoto. Finishing third in both motos was Honda-backed Chad Reed.

In the 250 Class, the top three finishing order was the same in both motos: Blake Baggett, Dean Wilson, Eli Tomac.