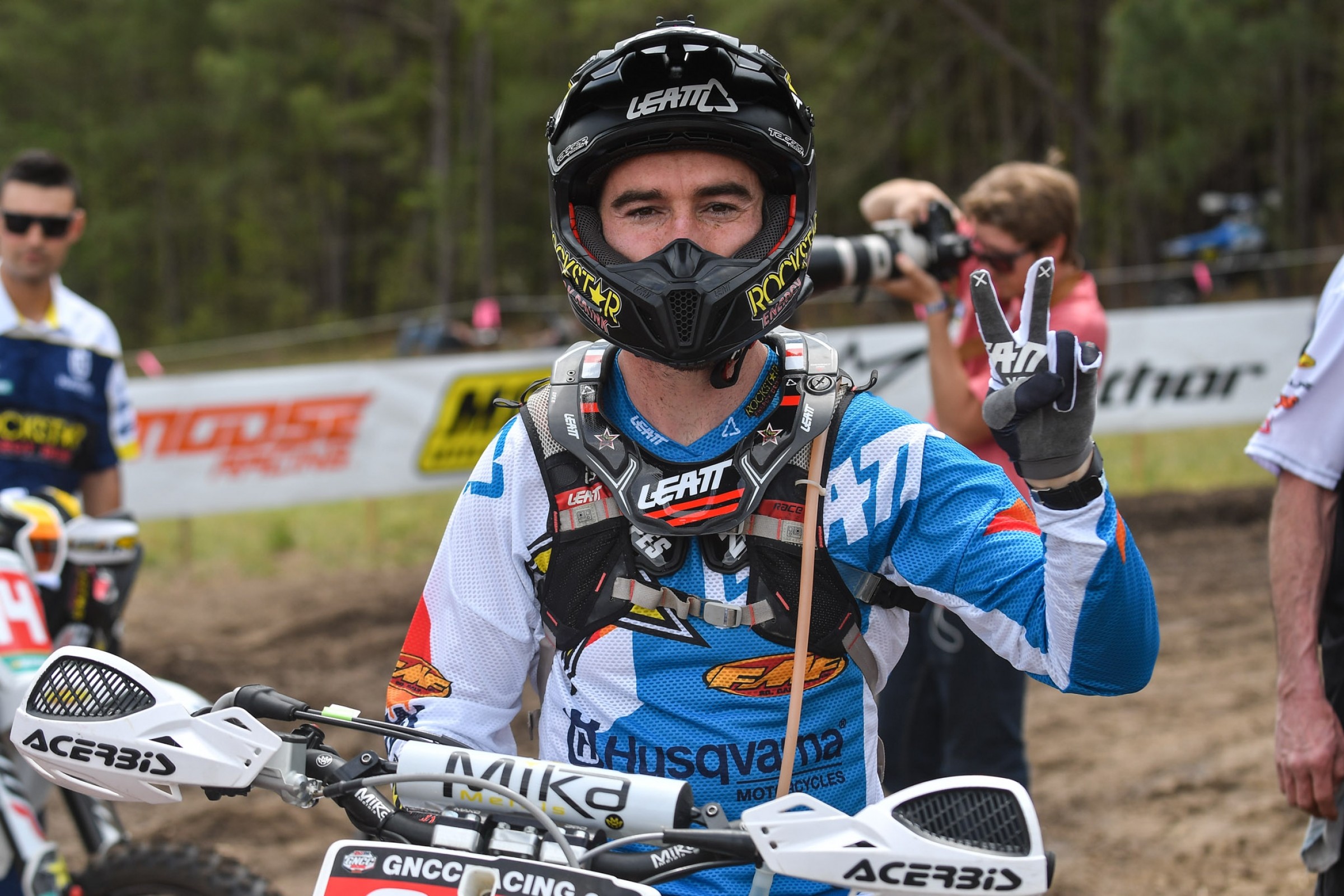 3 on 3 Sipes on Open Practice and More

We caught up with regular contributor Ryan Sipes to talk about the first-turn crash at Thunder Valley that took defending champion Zach Osborne out for the season, Jason Anderson's collision with an amateur rider at Glen Helen that caused a foot injury, and more.

1. Since he had a terrible gate pick (DNF in moto one), Joey Savatgy ran wide open into turn one from the outside and almost pulled an amazing start. Instead, he tagged riders who got pushed from the inside and they all went flying. Any problems with this move?

Ryan Sipes: So Savatgy started on the outside, and here’s how I see it—he had to go for it. You can’t start on the outside and then say, “You know, I’m going to go a little bit further outside than I need to just in case somebody pushes wide and I run into them.” He had to go for it—he thought he had it, and he had it until some guys on the inside got knocked toward the outside, got into him, and went down. But you can’t blame him for trying it. It seems really dumb now that Zach Osborne really got hurt—it wasn’t that some people got up and they were fine, but at the same time, it could have worked out where Savatgy could have been the hero. He could have been, “Oh man, that guy started all the way on the outside, and look, he’s in fifth place off the start,” because he got a great jump, he cut in, he took the line. The guys on the inside let off because he had a wheel on them, and now he’s the hero.

2. Jason Anderson got injured riding open practice at Glen Helen. So did Dean Wilson. Have any stories about open practice days in California?

Sipes: It might just be one of the craziest thing that happens in motorsports. Imagine taking your 16-year-old daughter who just got her driver’s permit and putting her on the track at a Formula One or NASCAR race and saying, “Go ahead, go learn to drive.” That’s basically what happens at these California tracks, where, especially at this time of year, all the top pros are out there. The track is super gnarly and rough, you’ve got the fastest dudes in the world out there with total amateurs and even kids, sometimes, on 60s and 80s. They just let them all out there at the same time. And it’s not even the kids’ or other riders’ fault; it’s mean to say, but they’re not even good enough to get out of the way of a top guy when he’s going three times as fast as they are in a section. They just find themselves in the wrong place at the wrong time.

I’ve had it happen to me—I was practicing at Competitive Edge MX Park around 2010 on a 450. I’ve written about it before with the lap time battles, but we’re all going 110 percent because we’re testing, so we want to go our normal race speed. I come up to this whoop section and I start going through it—third gear, really hauling the mail, and a girl in front of me was on the left and I’m on the right. She looks back, sees me, cuts right across the track to get out of the way—that was her intention. Well, I’m committed at that point; you can’t just hit the brakes in the middle of a roller section on a 450 in third gear. I clip her back wheel as she’s coming across, I go flying. I’m pretty upset, but at the same time, it wasn’t her fault. She tried to get out of the way. She did go the wrong way in trying to get out of the way, but it wasn’t her fault.

It’s kind of crazy and I wish they would do something about it. Worse things than blown-out knees and broken feet have happened, for sure. They should look into doing something about that.

3. Where’s Ryan Sipes racing this weekend? What’s your schedule been like lately?

Sipes: Ryan Sipes is racing a GNCC this weekend. I’m on my way right now to New York for the Tomahawk GNCC. It’s kind of far from home, but I’ve always liked this round. The track’s normally really good; it’s got some cool up-and-down hills and some grass track stuff, and I’ve got a lot of friends up in New York. I usually come a day before and ride some trials and hang out.

Schedule’s been pretty all over the place lately. I did a sprint enduro two weeks ago, I did the American Flat Track Springfield TT last weekend, and a GNCC this weekend. The next two weeks are another sprint enduro and then Muddy Creek on a 125. It should be a lot of fun. It’s kind of tough, honestly, practicing for all this stuff; just doing something different almost every day. It’s really fun, it keeps it fresh, but then you have to build the bike, too, and I don’t have six bikes just sitting around that I can just hop on—you know, my dedicated flat track bike or my dedicated enduro bike. My outdoor motocross 250 is also my flat track bike, and the 350s are a little different for GNCC and sprint enduro. It’s a lot of work, but I’m doing something that is not often done, so it’s been really fun for me and I’m super motivated to try and be good at all this different stuff at the same time.

Soooo much fun racing @americanflattrack Springfield TT this past weekend! I learned a lot and can't wait to do it again. After qualifying fastest overall (somehow??‍♂️) I jumped the gate in my heat race and had to start last!? Still managed to get her into the main though. I started the main from the second row and was in third before a red flag. On the restart I was sixth, passed into fifth and felt good until I slid out in turn one. Got up last and came back to tenth. For not having a lot of time on the bike I'm ok with it! Huge shout out to @jdbeach95 for all the help and tips, I couldn't have done it without you man! Can't wait to try again in August at Sturgis! Also huge thanks to all my sponsors who took a chance on me racing this crazy schedule, you guys are the best???? @rockstarenergy - @officialleatt - @maxxistires - @husqvarna_usa - @fmf73 - @xcgear17 - @rekluse_motorsports - @stevehatchracing - @motoolmx -@tmdesignworks - @maximausa - @powerbandracing - @coastalracing - @factoryeffex - @mikametals - @nitromousse - @imsproducts - #workitoutmassage - @acerbisusa - @galferusa - @gaerneusa - @dt1filtersusa - @guts_racing_inc - @motohose - @superbbatteries - @ctikneebraces - @hammernutrition - Airgroup - @meadecrossfit