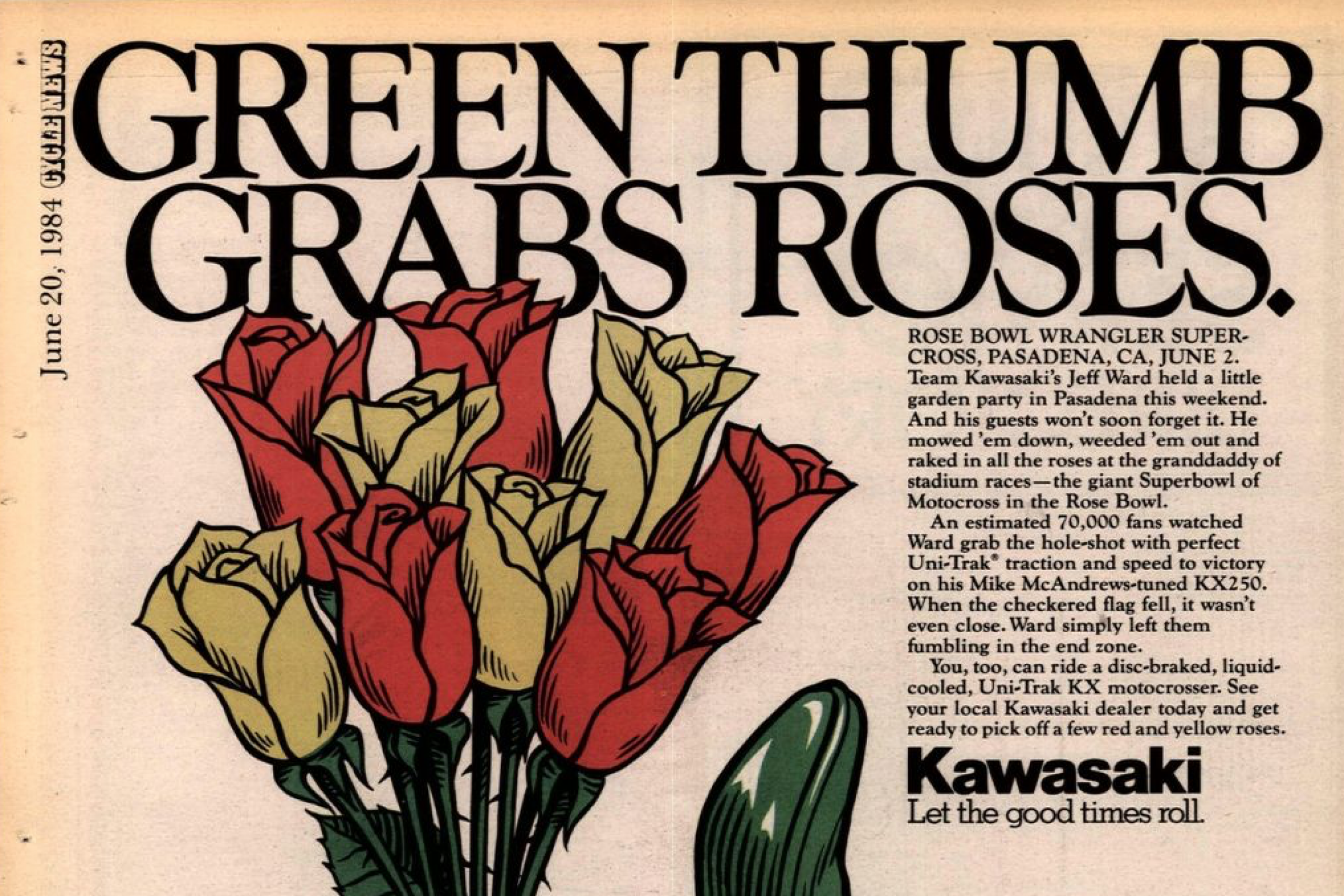 On This Day in Moto June 2

One year before there was an official FIM 125cc Motocross World Championship, Gaston Rahier was hired by Suzuki to race the 250 class. The diminutive Belgian ended up winning three 250cc GPs that season, including the one in Germany on June 2 over Kawasaki's Thorlief Hansen and Russian KTM rider Gennady Moiseev.

Kawasaki's Jeff Ward grabbed all the roses at the Rose Bowl in Pasadena to win the AMA Supercross there. Yamaha's Broc Glover scored second, followed by a string of Honda riders: Johnny O'Mara, David Bailey, and Team Tamm's Alan King.

Hondas led the way in the 250 class at Road Atlanta as Gary Jones topped his teammate Marty Tripes for the overall win, and Gary's brother Dewayne finished fourth. The only rider to break up the Honda lock on the podium was Arkansas Yamaha rider Ricky Jordan.

Here's footage from the FIM 500cc Grand Prix of Slovakia, held on this day.