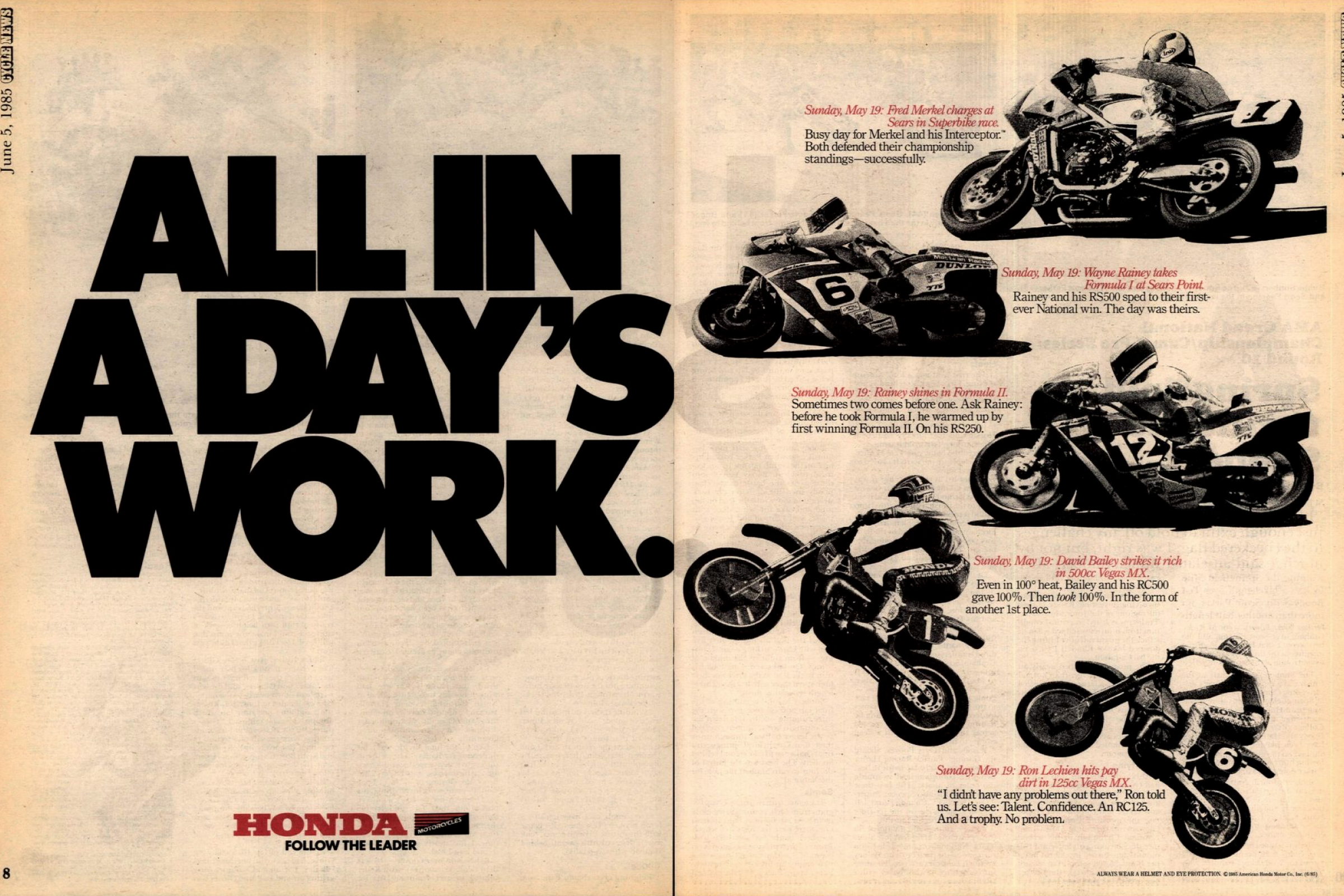 Team Yamaha's Ricky Johnson won the Orlando Supercross, round nine of the InSport/Wrangler Supercross Championship. The Honda trio of Ron Lechien, David Bailey, and Johnny O'Mara followed in the 20-lap main event. The consistently fast O'Mara was maintaining a 47-point lead in the standings as he raced to the '84 SX Championship.

The one and only Las Vegas AMA National happened outside of town at Las Vegas Motocross Park, with three classes all running. In the 125s, Team Honda's Ron Lechien topped Suzuki riders Erik Kehoe and George Holland, plus Kawasaki's Ricky Ryan. The fifth-place finisher was the just-turned-pro Eddie "Boy Wonder" Hicks. You can read his saga right here.

The 50th Annual Hangtown Motocross Classic is going off this afternoon at the Prairie City OHRV Park outside of Sacramento, California. This is the first round of the 2018 Lucas Oil AMA Pro Motocross Championship, where the defending champions are Monster Energy Kawasaki's Eli Tomac and Rockstar Energy Husqvarna's Zach Osborne. You can watch the races live on NBC Sports Gold, or on MAVTV and NBC Sports Network. Find a full TV schedule here.

And if you're looking for a good listen before or after the motos, check out the History of the Nationals podcast that Weege and DC did about 1972, the first year of the AMA Pro Motocross Championship. Listen below: