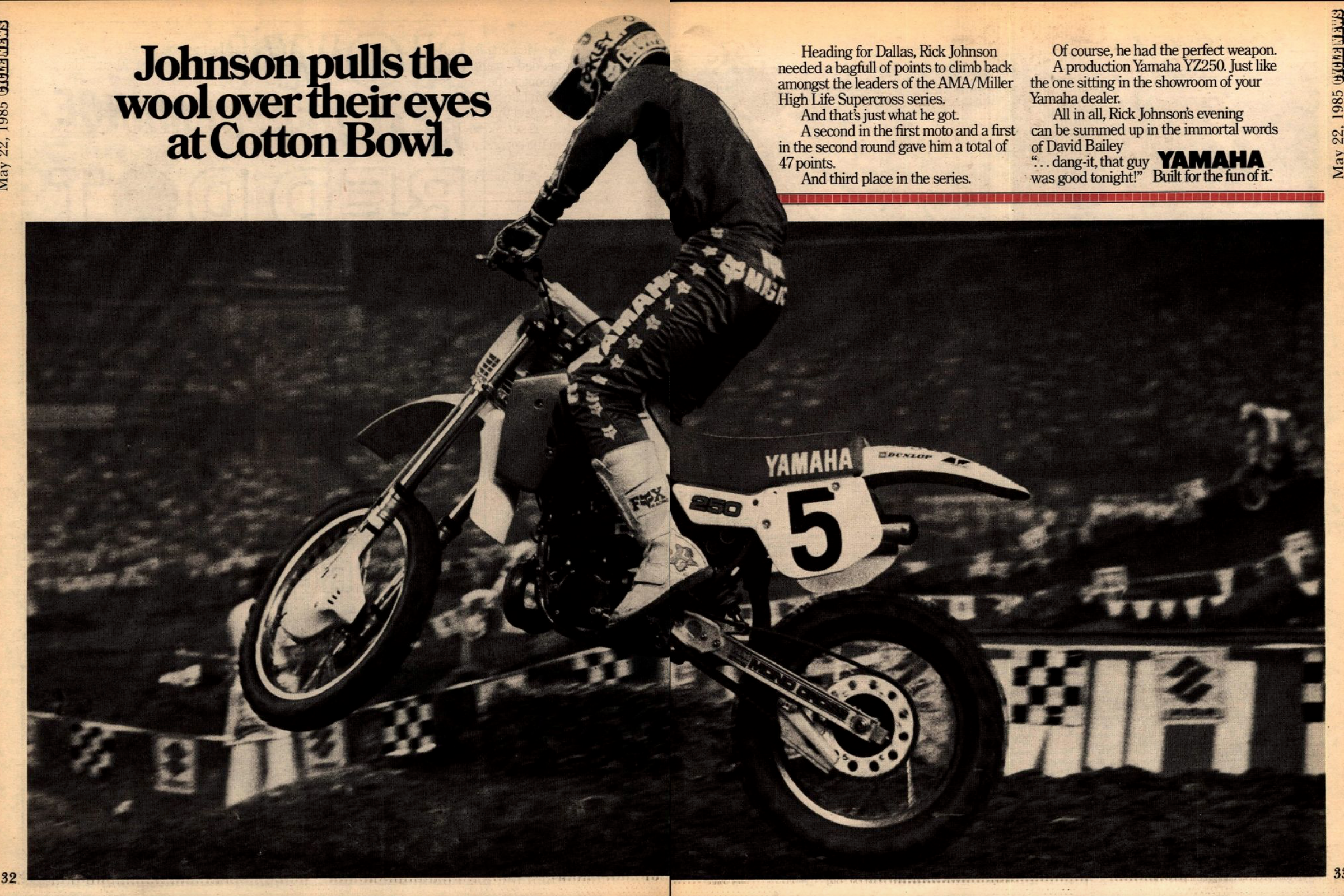 On This Day in Moto May 4

Suzuki's Mark Barnett took the win in the second night at the New Orleans Superdome in a race that marked the halfway point of the meandering 1980 AMA Supercross Championship. The series started in early February in Seattle and did not end until late October in San Diego. It overlapped both the AMA National Motocross Championship and as the still-alive Trans-USA fall series, not to mention three U.S. Grand Prix races! No wonder Team USA decided not to attend that year's Motocross and Trophee des Nations. Yamaha's Broc Glover was second, with Suzuki's Kent Howerton third.

Future AMA Motorcycle Hall of Famer Mike LaRocco earned the first win of his AMA 250 Supercross career in Las Vegas. Riding for Team Suzuki, LaRocco, at the outset of one of the longest careers in the sport, topped Kawasaki's Jeff Ward and Honda's Jean-Michel Bayle, who was leading in points and closing in on the 1991 AMA Supercross Championship.

The 125 class served as a preview of top riders to come. The top six, in order, were Jeremy McGrath, Jimmy Button, Mike Craig, Tyson Vohland, Steve Lamson, and Jeff Emig.

On that same day in Belgium, Jim "First American" Pomeroy won the second FIM Motocross World Championship 250cc Grand Prix of his career, taking the overall at the Belgian GP ahead of German riders Adolf Weil (Maico) and Willi Bauer (Suzuki) with 1-4 moto scores. Pomeroy made history two years earlier when he won the very first 250cc Grand Prix he entered in Spain, becoming the first Yank to win a GP, as well as the first Bultaco rider to win. Belgium '75 was the second for both.

In the 125 Class, rookie sensation Ricky Carmichael won his second straight 125 National to start the season. The 17-year-old Carmichael was riding a Kawasaki KX125 for the Splitfire/Pro Circuit team. Honda riders Scott Sheak and Robbie Reynard ran second and third.

Having already successfully defended his 2001 AMA Supercross Championship, Ricky Carmichael won the final round of the '02 tour in Las Vegas, capping a series that saw a Honda on top at the end for the first time since Jeremy McGrath left Honda for Suzuki in 1997. Carmichael was followed by Kawasaki's Ezra Lusk and Yamaha's David Vuillemin.

In a 125 class East-West Shootout, rookie sensation James Stewart got the better of another newcomer, Australia's Chad Reed, in their first race together. The two of them would each win multiple AMA Supercross titles in the future, as well as 450 Motocross Championships. And their rivalry would also, at times, turn bitter.

Here's that first salvo for the Stewart/Reed rivalry: