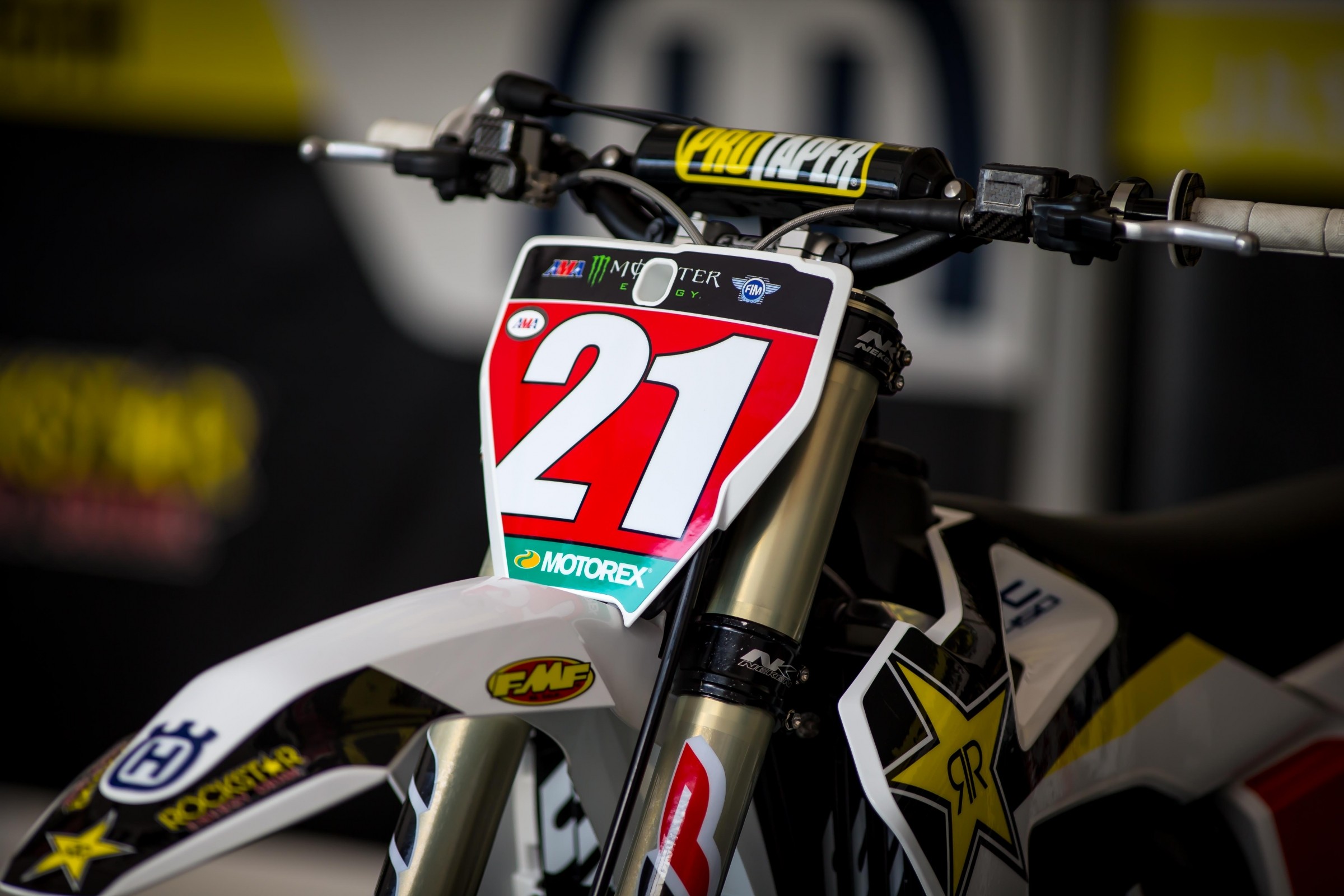 The pool of storylines was drying up going into Salt Lake City, as we had the Marvin Musquin versus Eli Tomac drama after Foxborough and not much else. Jason Anderson had a 34-point lead in 450SX and it looked like he was going to easily clinch the championship this past weekend, and in 250SX West, Aaron Plessinger had a 17-point lead, which is pretty big in the shorter 250SX season.

But then Tomac's footpeg destroyed Anderson's front wheel, cutting Anderson's championship cushion to 14 points, and we suddenly have some drama heading into the final round of the championship in Las Vegas.

First, let’s dive into the lap data from Salt Lake City to figure out how these races were won and lost with this week’s Sign of the (Lap) Times and then we'll get into some title scenarios for this weekend.

Many of us thought Anderson was going to easily clinch the 450SX championship last weekend in Salt Lake City, but because of some broken spokes at the start of the main event, it didn't quite work out like that.

Sitting in the pits watching your mechanics swap out your front tire for two minutes while the only person who could steal the championship from you is winning the main event has got to be near the top of the list for stressful situations. Because Anderson was forced into such a high-stress situation at the very beginning of the main event, I wanted to see how quickly he recovered and got his lap times on pace, or close to Musquin's times.

The answer? Not long. Anderson settled into his pace almost immediately, and by the 12th lap, he was close to or better than Musquin's times. Take a look at how he rebounded below.

With the championship seemingly wrapped up going into the weekend, many turned their attention to the brewing battle between Musquin and Tomac after the take-down incident in Foxborough. Tomac got a bad start and had to work his way through the pack while Musquin was smooth sailing up front.

Fueled by a some potential payback from last weekend (and, obviously, a 450SX main event win bonus check), Tomac was absolutely going for it while coming through the pack. Before his crash on lap 16, it seemed probable he would catch up to Musquin by the end of the race.

But after comparing their times, I'm not so sure Tomac would have gotten there. Musquin was very good on the tricky SLC track and was faster than Tomac on more than a few laps. Take a look at both of their times for the main event.

The championship races might not be as tight as we would all like, but still, there is potential for championship drama in all three classes, which isn't something we get every year. Anderson has a 14-point lead over Musquin, Plessinger has a 13-point lead over Adam Cianciarulo, and Zach Osborne has a 15-point lead over Jordon Smith. JT$ did a great breakdown of some potential title-winning scenarios earlier this week, so check that out to get a pro's perspective on how Las Vegas might shake down. Here, I want to take a look at how the championship leaders got to where they are.

Anderson has led this title from the second round on, and through a few wins and consistent finishes, grew his lead to 45 points by Atlanta. After Atlanta, his lead had a yo-yo effect to it, as he lost a few points here and gained a few there. Then he lost a massive 20 points this past weekend due to his front wheel issue. He goes into this weekend with a 14-point lead, which is looking solid when you consider the most he has lost in a single round before last weekend was seven at Indianapolis.

The start of the 250SX West Region Championship was incredible, as we got to see a three-way battle for the lead between Aaron Plessinger, Joey Savatgy, and Shane McElrath through the first four rounds.

Then Plessinger started to stretch out his lead, getting it all the way up to 17 after that mud race in Seattle. He currently has a 13-point lead after a so-so performance in Salt Lake City. In typical Plessinger fashion, he's feeling chill going into Vegas. "Yeah, I just chilled back there and got a solid fourth [in Salt Lake City] and didn’t lose too many points, and now we’re going into this weekend. If I’m feeling good, I might win it, and if I’m not feeling too good, I’m just going to chill and whatever happens, happens, you know?"

Zach Osborne is the only rider of these three to have led or been tied at every round. He was in a tight battle for the championship with Austin Forkner before Forkner went down with an injury in Minneapolis. He now has a 15-point lead over Jordon Smith, who has had a quietly good season despite a slow start. The most points Osborne has lost in a round this season was three in Atlanta, so his 15-point lead is looking pretty safe.

Now that we've taken a look at the championship leaders and how they got there, let's look at the contenders. Each one of these riders has a chance at the title. It's slim, but there's still a chance. With the help of the SX Research Department (definitely give their Instagram page a follow if you're into numbers), we put together these flash cards to break down each rider's title chances for this weekend. Bring on Vegas!