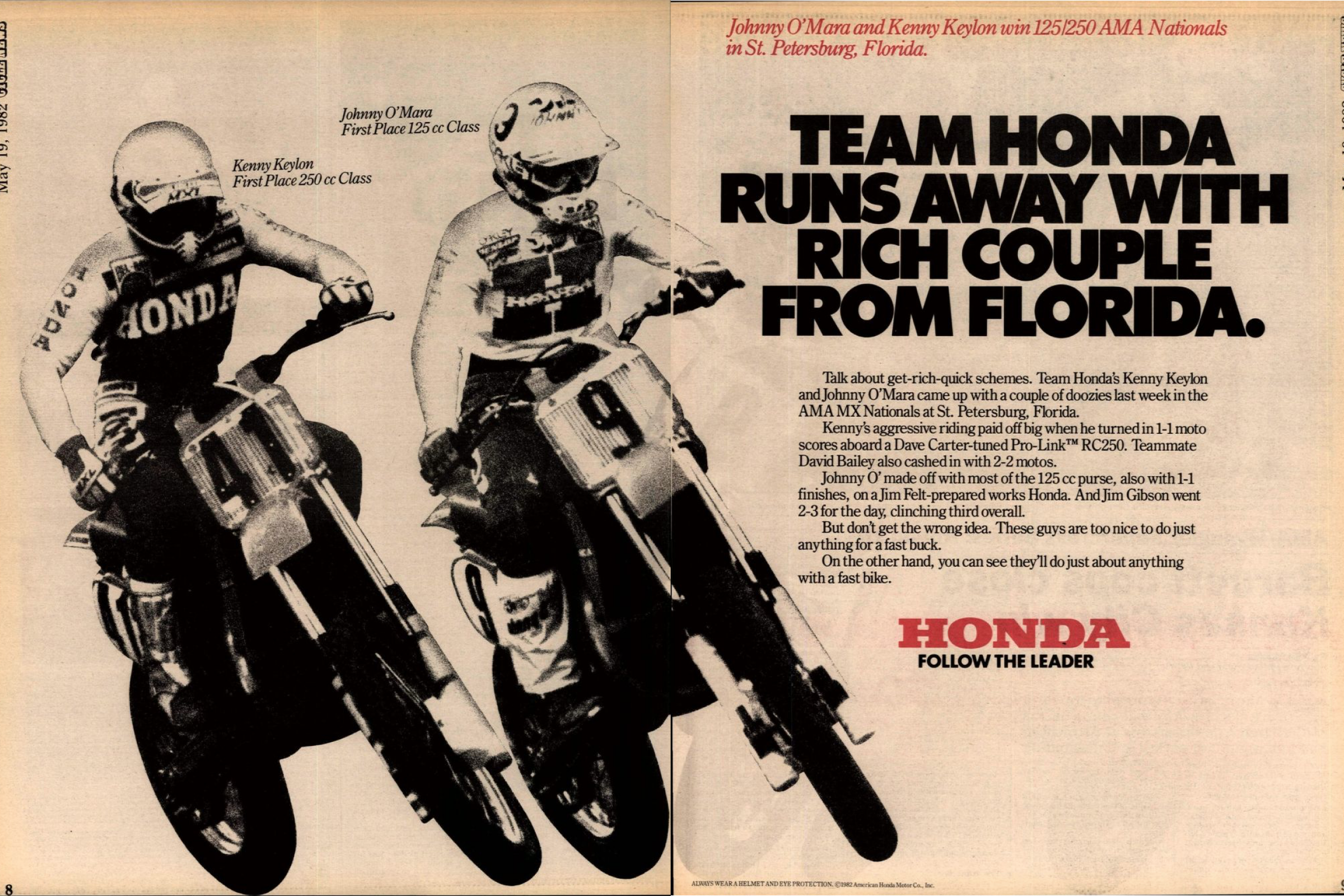 On This Day in Moto May 2

After battling Belgium's FIM 125cc World Champion Gaston Rahier to a draw at the previous round in his first European GP in Italy, U.S. rider Marty Smith took a step backward at Hawkstone Park in England, finishing 3-7 on the day to Rahier's 1-1. Smith, who hailed from San Diego, was trying an unprecedented two-front war in '76, trying to win his third straight AMA 125 National Championship and also the world crown. What he did not count on was the difficulty of traveling back and forth around the world for races, the competitiveness of Rahier in Europe, and new rival Bob "Hurricane" Hannah here in America.

Meanwhile in Holice, Czechoslovakia, 250cc Grand Prix contender Jim Pomeroy grabbed a fifth in the first moto, but did not finish in the points the second time out on his Bultaco. The overall winner would be Kawasaki's Thorlief Hansen of Sweden (who, just a few weeks ago, was the guest of honor at the Racer X Inter-Am race in Boise, Idaho).

In Fermo, Italy, Belgium's Roger DeCoster and Dutch rider Pierre Karsmakers split moto wins in the 500cc Grand Prix of Italy. DeCoster won the overall, but Karsmakers made history: It was the first 500cc GP moto win for Honda, which would soon rule the class in the eighties. Karsmakers, who had raced in the U.S the previous three seasons, became the first Honda rider to win a 500cc GP overall the previous year in Canada while riding for American Honda, but he only went 2-2 on that day. The moto win in Italy one year later was his second big milestone for Honda. Before that, Karsmakers was Yamaha's first AMA 500cc National winner and the first champion of what we now know as AMA Supercross.

Kawasaki's Jeff Ward moved a step closer to what would be his second AMA Supercross Championship with a win at Sun Devil Stadium in Tempe, Arizona. Finishing behind Wardy was title rival Rick Johnson of Team Honda and Ward's teammate Ron Lechien. Suzuki's George Holland was fourth, and Honda privateer Ricky Ryan was fifth.

In the 125 class, Suzuki's Donny Schmit and Willie Surratt went 1-2, with Honda rider Kyle Lewis rounding out the podium.

Meanwhile, at the Mickey Thompson Entertainment Group's Ultracross at the Rose Bowl in Pasadena, Kentucky's Tommy Watts grabbed the win in front of 67,000 fans who turned out for the event that combined dirt bikes, ATVs, race trucks, and more.

In one of the most interesting single races in AMA Motocross history, Team Honda Support rider Kenny Keylon rode a full works bike for his hometown race, the St. Petersburg 250 National at Sunshine Speedway in Florida, and went out and absolutely dominated both motos. Full factory Honda rider David Bailey finished second overall, Yamaha's Broc Glover was third, and yet another Floridian, Steve Martin, scored a solid fourth on the sandy track. This race was Keylon's one and only AMA National win, as he would soon suffer a harsh knee injury and never find his way back to the same speed he had on that one fantastic day in Florida.

In the 125 class, Honda's Johnny O'Mara took the overall win ahead of defending two-time champion Mark Barnett of Team Suzuki, Honda rider Jim Gibson, and Suzuki-backed George Holland. Finishing fifth was California's Chris Heisser, who has been in the news lately for getting into a fight with his girlfriend Heather Locklear, the actress.

In the 250SX East/West Shootout, there was another Red Bull KTM winner in Marvin Musquin, who beat GEICO Honda riders Malcolm Stewart and Matt Bisceglia to the checkered flag.