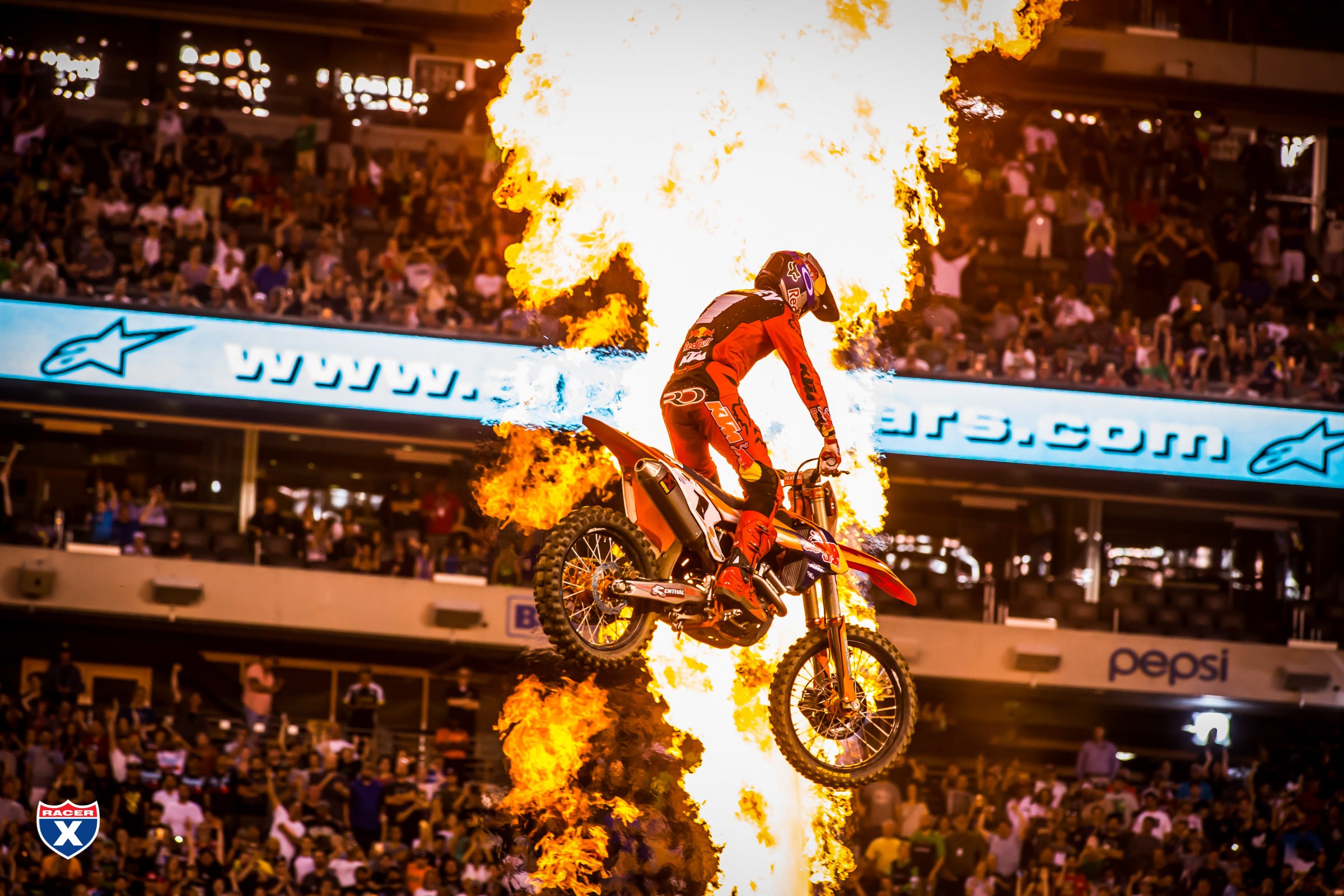 On This Day in Moto April 29

The second day of the annual Pontiac Silverdome doubleheader in Michigan, and a sixth straight win for two-time AMA Supercross Champion Bob Hannah inside the home of the Detroit Lions. Suzuki's Mark Barnett was second, Yamaha's Mike Bell third.

Pontiac was one of four doubleheaders originally scheduled for the 1979 AMA/Toyota Supercross Championship. The other three were in the Seattle Kingdome, the Houston Astrodome, and Three Rivers Stadium in Pittsburgh. But sometime before the series started Pittsburgh, which made its debut on the schedule in 1978, but suffered a lot of rain and a mediocre crowd, would eventually be pulled from the '79 schedule, and not return until 1983.

Since we used the only Pontiac '79 highlight we could find yesterday, here's that '78 Pittsburgh SX, which was also won by Hannah.

It's the second day of the 1984 Pontiac SX doubleheader and Team Honda's Johnny O'Mara landed the win ahead of Kawasaki's Jeff Ward, and his Honda teammates Ron Lechien and Bob Hannah.

Over in Europe, Belgium's Georges Jobe won the 500cc Grand Prix of Switzerland on his new Kawasaki, as the 1983 FIM 250cc World Champion wanted to move up to the premier class, but Suzuki did not have a 500cc effort anymore. Honda riders Andre Malherbe and David Thorpe were second and third, while U.S. rider Danny LaPorte could only muster an eighth in one moto.

And in the 125 Grand Prix of Belgium, Holland's Kees Van der Ven won on a KTM, three weeks after Heinz Kinigadner won a 250 GP on the Austrian brand, putting them into the points lead in both series. Ironically, there was a single KTM in the main events at the Pontiac Silverdome in 1984.

Think last night's next-to-last round of Monster Energy AMA Supercross was crazy? Don't forget what happened last year on this weekend! In MetLife Stadium in New Jersey, Red Bull KTM's Ryan Dungey was handed a huge gift (two of them, actually) when first series points leader Eli Tomac crashed in the main event and then had trouble getting going, and then Dungey's teammate Marvin Musquin allowed Dungey by for the win in order to give him three more points. Little did anyone realize at that moment that this would be the last AMA win ever for sure-first-year-ballot AMA Motorcycle Hall of Famer Dungey, who was soon to clinch his fourth SX title and also announce his retirement.

As painful as it was to watch 2018 AMA Supercross points leader Jason Anderson's team try to hurry up and change that wheel, it was even tougher watching Tomac fumble around last year in New Jersey!